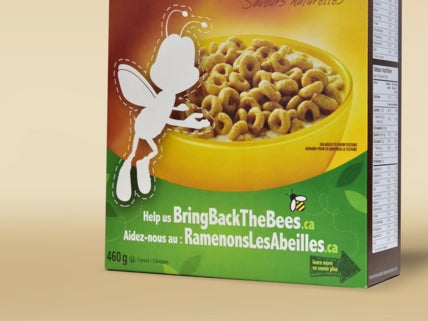 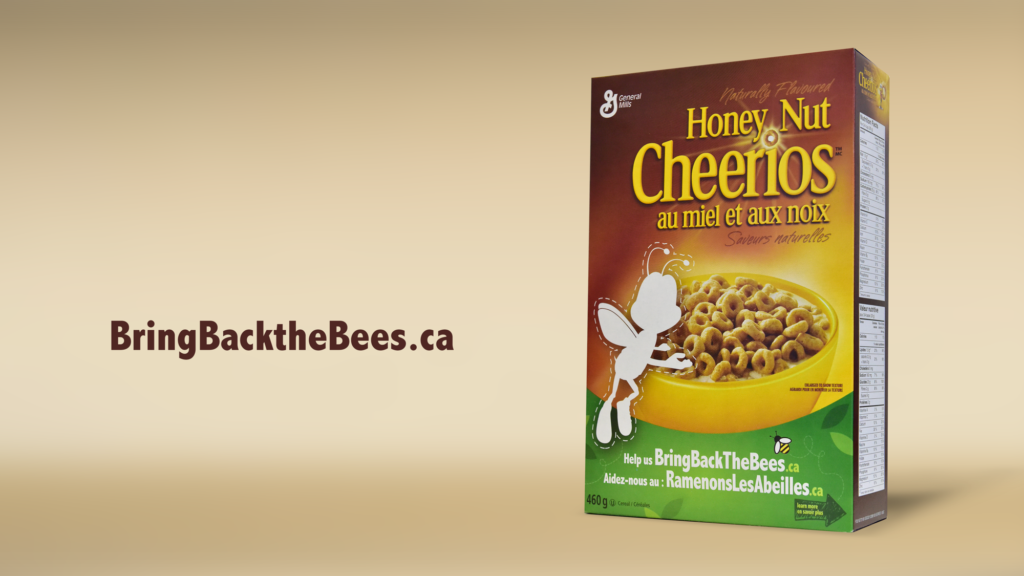 Bring Back the Bees

Buzz, like many bees around the world, has disappeared. Soon he’ll be back though – and hopefully other bees will be too.

Since the winter of 2006-2007, the global bee population has been in decline due to Colony Collapse Disorder. Though some countries have recently seen increases in bee populations, and plans like the White House’s “National Strategy to Promote the Health of Honey Bees and Other Pollinators” seem to be helping, a February 2016 report by the UN found that 40 percent of pollinator species, including bees and butterflies, are at risk of extinction.

Food company General Mills Canada, which makes Honey Nut Cheerios, is telling the world how important bees are, both to the environment and their products, by launching the #BringBackTheBees campaign today.

To help publicize the disappearing bee population, General Mills Canada has temporarily taken Honey Nut Cheerios mascot Buzz off of its box. However, Buzz will soon return, as will Canada’s bees (hopefully).

General Mills Canada is providing the seeds to help regrow the bee population–literally.

“One third of the foods we depend on for our survival are made possible by the natural pollination work that bees provide,” Emma Eriksson, Director of Marketing for General Mills Canada, said in a press release. “With ongoing losses in bee populations being reported across Canada, we’re issuing a call to action to Canadians to help plant 35 million wildflowers – one for every person in Canada.”

Canadian residents can order free wildflower seeds to plant from Vesey’s Seeds, courtesy of General Mills Canada. As of writing this, more than 23 million seeds have been given away, and the company’s goal of giving away 35 million seeds is looking very doable.

Why wildflowers though? “There are a range of threats to Canada’s bee population, but among the biggest are the elimination of flowering plants and ground cover in urban and rural areas alike,” Marla Spivak, an entomologist at the University of Minnesota, said in a press statement. “The goal of planting 35 million wildflowers will go a long way toward helping provide the natural habitat and food supply that is essential for healthy, sustainable bee colonies.”

Though the #BringBackTheBees campaign is unique to Canada, it could easily be instituted in other countries facing dwindling bee populations. Here’s hoping for a day when all countries will “Bee happy, bee healthy.”