It's not from fairies (probably) 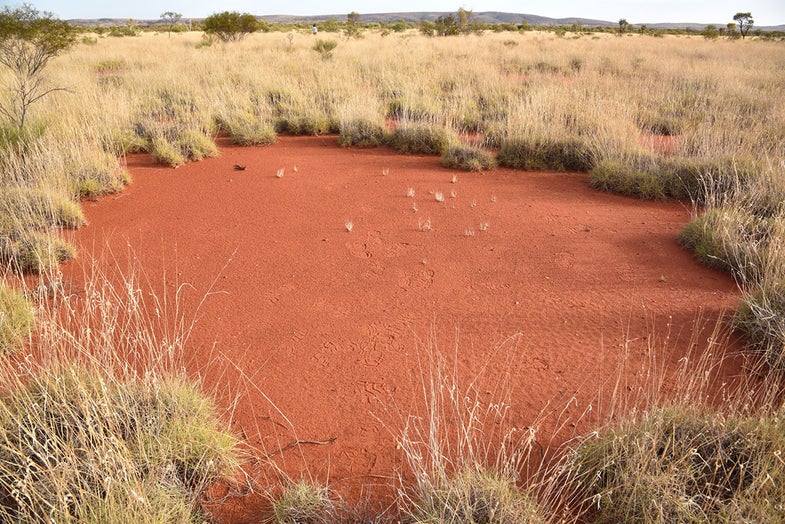 Fairy circles—those seemingly random patches of lifeless dirt amidst arid grasslands—have been a constant mystery to scientists and local people alike. In the past, ideas on how they form have been numerous and diverse, including folklore suggesting they could be the work of gods or spirits—hence the name. Until recently, scientists had only seen them in Namibia in southwestern Africa.

Now, in a paper published Monday in the journal, PNAS, scientists report that they have found them in the western Australian outback, and that they are nearly identical to those found in southwestern Africa. This finding, the researchers say, makes them more confident that they have narrowed down on the root cause of these mysterious dirt patches.

Since researchers first started seeing them in Namibia, they have studied, researched, and theorized how they form. And while numerous theories exist, scientists have narrowed them down into two main theories that might hold: the first puts the blame on termites. To get water, termites eat at a tree’s roots in a circular pattern. That way when the water trickles down, it gets stored in the soil instead of being absorbed the roots, creating a kind of mini reservoir or dam that the termites can use to hydrate.

The other running theory is known as the self-organization theory, a model first developed by famed late mathematician Alan Turing. As it applies to nature, the idea is that as new vegetation grows, each mature tree or plant needs to be a certain distance away from another tree or plant in order to survive and thrive. As this happens, random areas of land–these fairy circles–form as a result of how the vegetation arranges itself. 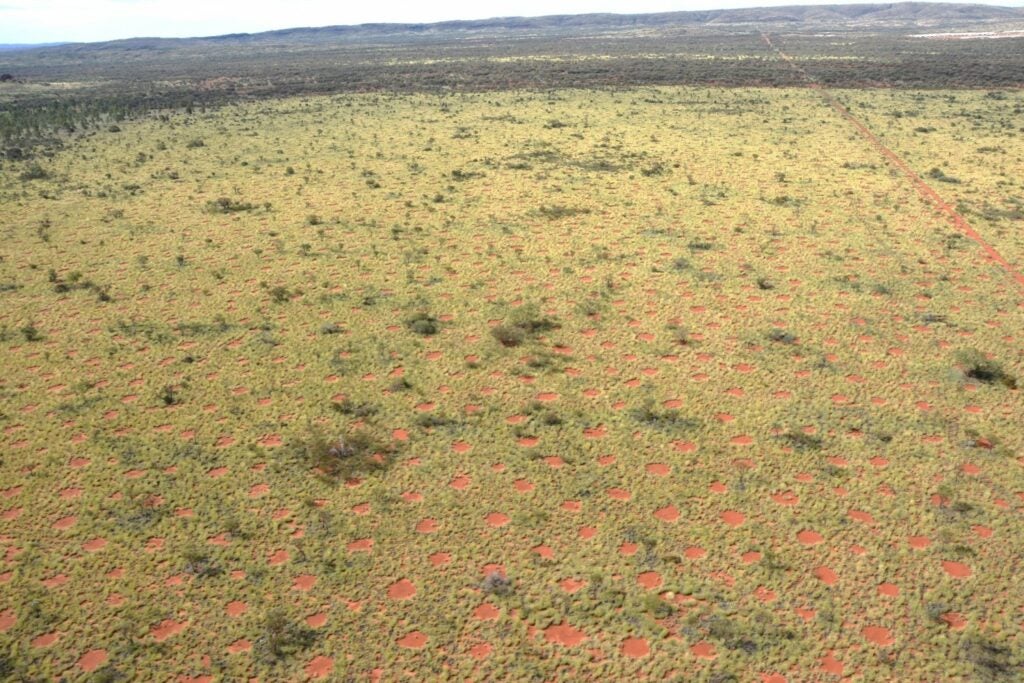 An aerial view of the Australian fairy circles

Fairy circles in this area spread out in a homogenous pattern.

However, they did find that while the pattern is the same, they function in different ways in each location. The area in Australia where the fairy circles are abundant doesn’t get regular rainfall. So as trees grow, their roots grow longer to collect the water. As that happens, the roots loosen the soil around them, making plants closer to the large tree easier to grow and plants farther away much less easier to grow. As a result, these random areas of dry land form. In Namibia, which also doesn’t get a lot of rainfall, the circles act as troughs that then store and provide water to the thirsty plants and trees that surround it.

“The details of this mechanism are different to that in Australia,” author of the study, Stephan Getzin, says in the press release. “But it produces the same vegetation pattern because both systems of gaps are triggered by the same instability.”

To test the termite theory in Australia, which was highlighted in a 2013 paper in Science, the researchers used GPS to map the termites and ants in the areas in and surrounding the fairy circles, and found no correlation between the two.

For now, this new discovery is not only intriguing in that it shows that these circles are not just unique to Namibia, but it may also help researchers finally pinpoint the exact cause of the circles, loosening the grip of mystery surrounding them. More importantly, perhaps, it shows that these fairy circles may be in other areas of the world, just waiting to be discovered.