Butterflies in the sky 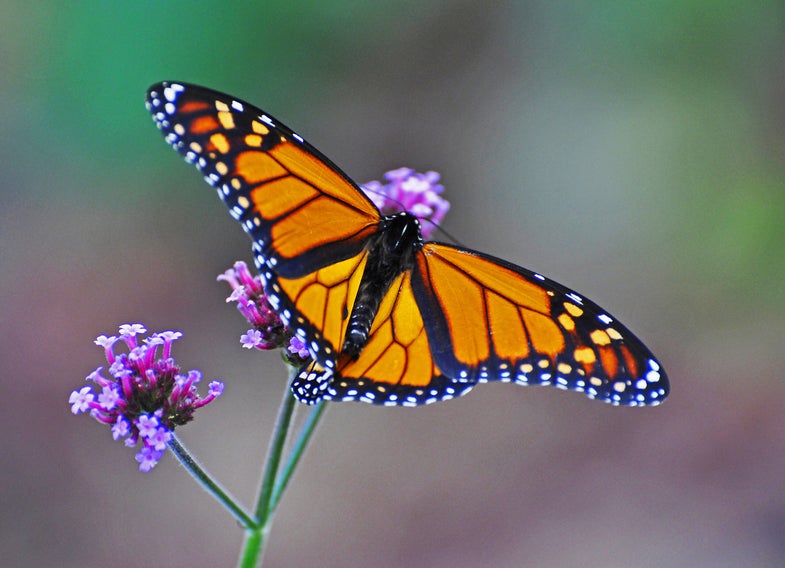 The monarchy is back. Well, at least the monarchs are.

The amount of monarch butterflies staying in Mexico this winter went up dramatically, increasing in area by 255 percent over last year. Populations of monarchs are measured in acres due to their migration patterns. In Eastern North America, monarchs spread across the United States and Canada in the warmer months, but migrate back to Mexico as winter approaches, clustering back into a small section of forest. Their populations coat the trees and branches so thoroughly that researchers measure the area of land covered instead of trying to count individual butterflies.

This year, the area spreads to cover almost 10 acres, a dramatic increase from the 2.8 acres that the butterflies occupied last year. That’s optimistic news for researchers hoping to see the population once again meet its 1996 peak of 44.5 acres. The monarch population hit its low in the winter of 2013 and 2014 when the area covered by butterflies was a slender 1.6 acres.

“We are seeing the beginning of success,” Daniel Ashe, director of the United States Fish and Wildlife Service, told the New York Times. “Our task now is to continue building on that success.”

Monarch butterflies continue to face threats, mostly a decline in habitat in Mexico due to illegal logging, and a loss of their preferred food, milkweed, along their route through North America.