This Roach-Inspired Robot Crawls Even When Squished 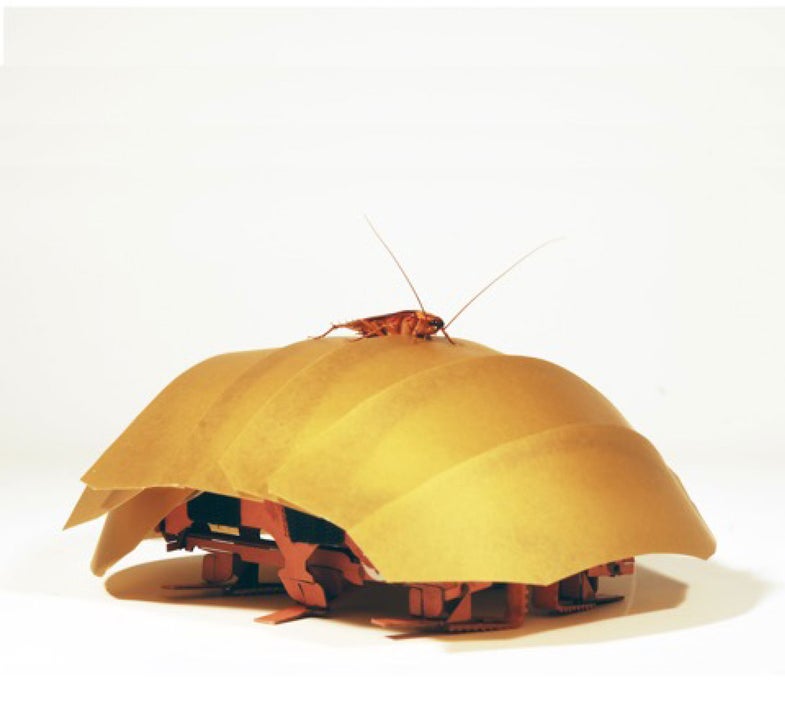 Cockroaches slip through the cracks. While this is a huge problem for anyone trying to keep the insects out of their home, it makes roaches a great subject of interest for robotics research. If humans could make a robot that worked like a cockroach, it could slip into places otherwise inaccessible, aiding rescue workers and potentially saving lives after earthquakes or other disasters. By studying just how roaches work even after they’ve been compressed, researchers made a robot that can slip through an opening half its height.

In the evocatively titled “Cockroaches traverse crevices, crawl rapidly in confined spaces, and inspire a soft, legged robot,” Kaushik Jayaram and Robert Full of the Department of Integrative Biology, University of California, Berkeley explain what they learned about roach compression and how they applied it to their robot.

Essentially, roach bodies are really elastic. Standing normally 10mm (or less than half an inch) tall, roaches can squeeze through gaps as narrow as 3mm (or 1/10th of an inch) and then rise to their full height. As the researchers describe it: “Exoskeletal strength allowed cockroaches to withstand forces 300 times body weight when traversing the smallest crevices and up to nearly 900 times body weight without injury.” Inspired by these roaches, they made a roach-like robot with a flexible body shell and an internal skeleton that still works even when compressed.

Starting at about 3 inches tall, this is what the robot roach looks like normally:

And this is what it looks like walking while compressed to less than half its height:

Why make a robot like this? Eventually, robots inspired by this design could crawl through rubble to save lives. As the researchers write: