Giving archaeologists something to chew on 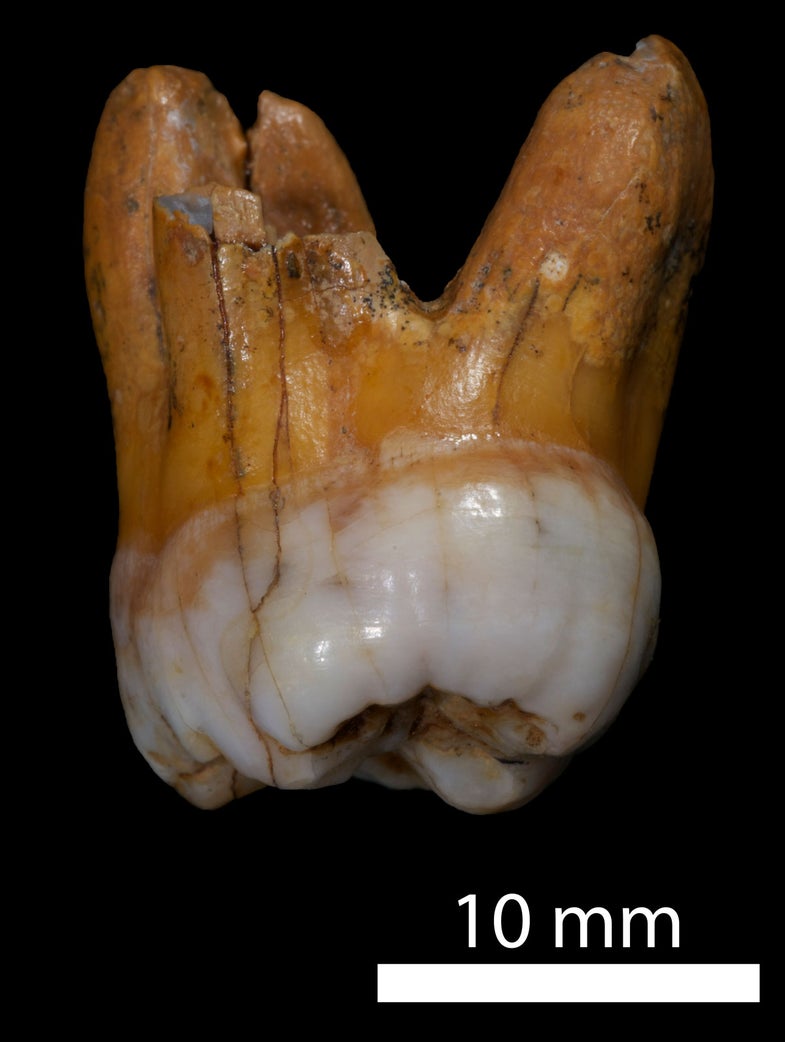 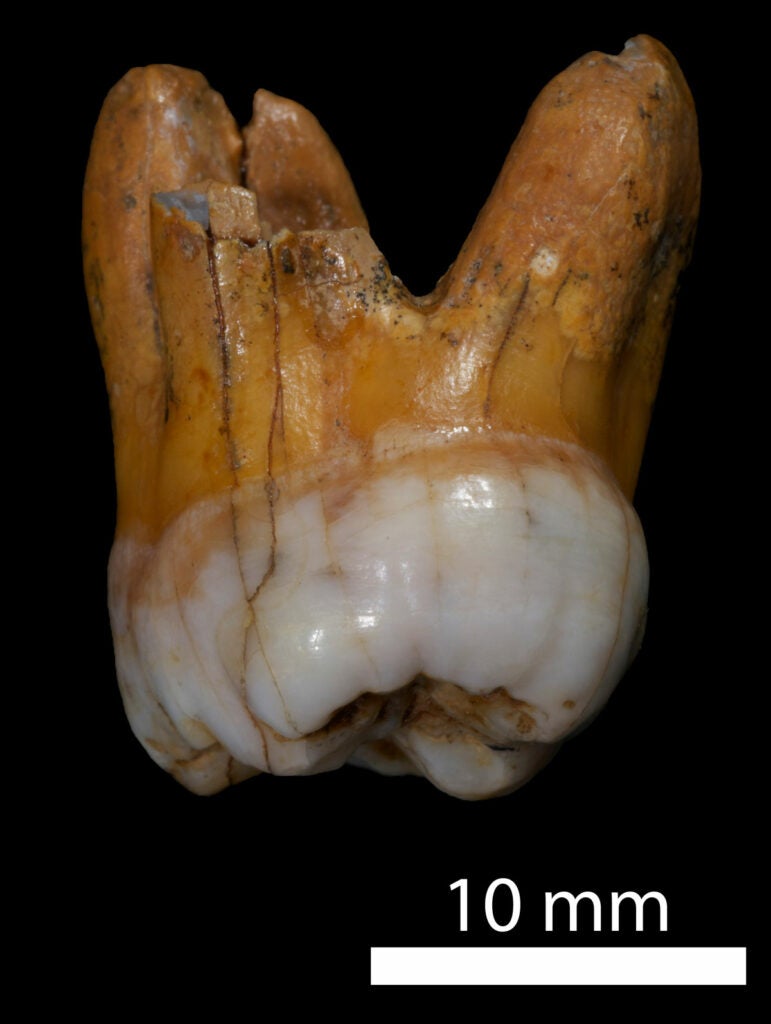 A Denisovan molar, found in a cave in Siberia.

DNA analysis of an ancient tooth found in a Siberian cave has shown that the tooth is from a species of hominin—known as the Denisovans—that are thought to have lived alongside humans and Neanderthals. The results were published yesterday in the Proceedings of the National Academy of Sciences.

Prior to this discovery, evidence for the existence of Denisovans came only from another tooth and a tiny finger bone found in the same cave back in 2008. In 2010, a team of Russian scientists identified them as belonging to the same species, but one new to science. The researchers named the species after the cave in which it was found–Denisova cave.

Now, with the help of this new tooth, scientists believe that the Denisovans were alive 60,000 years earlier than previously thought, providing evidence that early Homo sapiens lived alongside many other human-like species, including the Denisovans, Neanderthals, and other yet-to-be discovered species.

The new tooth—called Denisova 8—was incredibly large for a hominin tooth and had huge roots that suggest the owner may have had a very large jaw.

However, the discovery leaves many mysteries. It’s hard to tell very much from just a few teeth and one tiny bone, so researchers are still left guessing as to what the Denisovans looked like, how long they lived in that area, and more.

The tooth did provide some new and important clues. The researchers estimate that the tooth is about 110,000 years old, making it clear that the Denisovans lived or travelled to that area of Siberia around that time. Bence Viola, a paleoanthropologist at the University of Toronto who performed the dental analysis for the new study, told The New York Times that the Denisovans had to have been very resourceful to survive the harsh climate of the area. 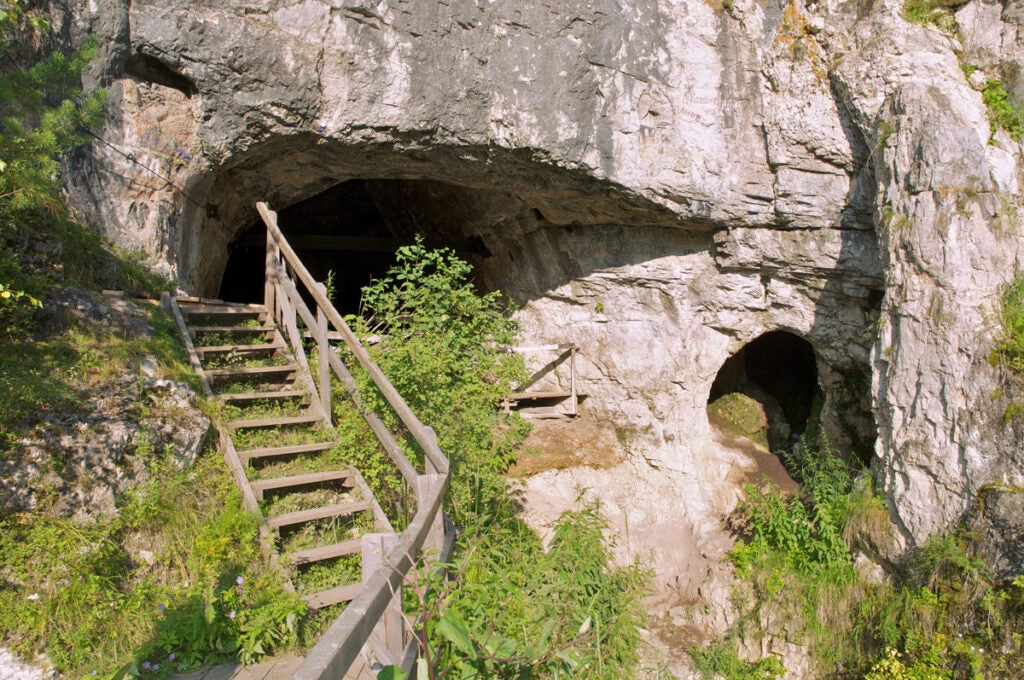 The entrance to Denisova Cave in Siberia.

From the tooth’s DNA, the researchers found that the Denisovans had almost as much genetic diversity as modern Europeans, and much more than Neanderthals. This adds evidence to the hypothesis that the Denisovans travelled south from Siberia–the remnants of the Denisovans can be seen in modern humans, contributing about five percent of the genome of modern Melanesians, reports National Geographic.

Much of the information about the Denisovans, including where else they lived and what other possible species they may have bred with, is still unknown and will likely require much more fossil evidence to speculate. However, given that this species was only discovered five years ago, there remains a hopeful possibility that more fossils will be discovered in the coming years and decades.