The DNA of this Neanderthal unit gives a glimpse into the social bonds of our most distant ancestors. 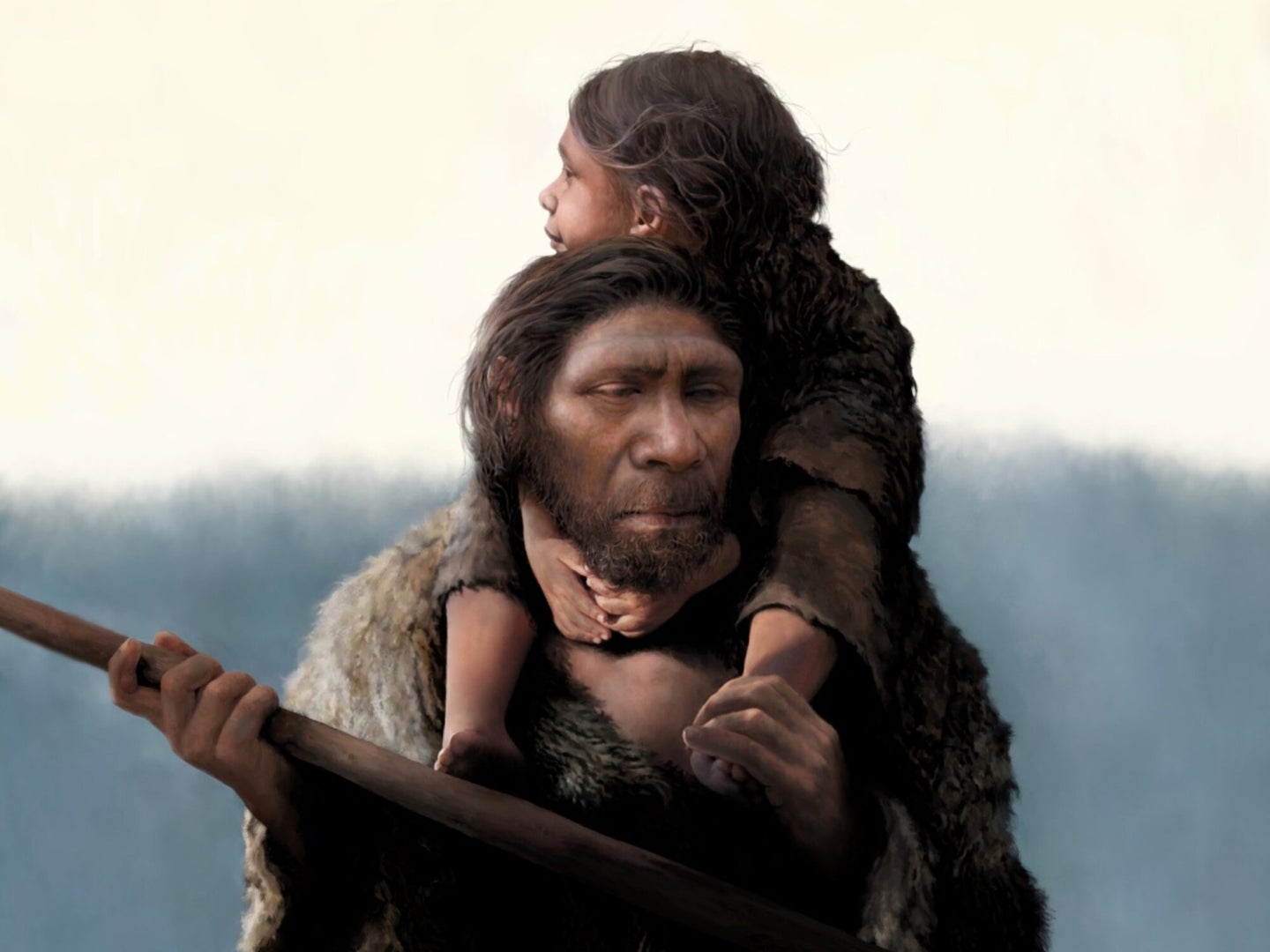 A Neanderthal father and his daughter. Tom Bjorklund
SHARE

Earlier this month, the 2022 Nobel Prize in physiology or medicine was awarded to Swedish scientist Svante Pääbo for his work sequencing the Neanderthal genome. These ground-breaking DNA advances have helped scientists better understand some of humankind’s distant ancestors on an individual level. Still, not much is known about their familial and social structures.

However, scientists have begun to learn a bit about one particular Neanderthal family through DNA. A new study published today in the journal Nature examines the sequenced DNA from 13 Neanderthal individuals: 7 males and 6 females, of which 8 were adults and 5 were children and young adolescents. When analyzing the DNA, the team found that the remains included a Neanderthal father and his teenage daughter and a young boy, as well as an adult female who was possibly a cousin, aunt, or grandmother.

The mitochondrial DNA also contained several heteroplasmies that were shared between individuals. Heteroplasmies are a special genetic variant that only persists for a small number of generations. According to the team, this combination of heteroplasmies and related individuals strongly suggests that the Neanderthals, which were found in Siberia’s Chagyrskaya Cave through multiple scientific excavations over the past 14 years and date back roughly 54,000 years, must have lived and died at around the same time.

“The fact that they were living at the same time is very exciting. This means that they likely came from the same social community. So, for the first time, we can use genetics to study the social organization of a Neanderthal community,” said Laurits Skov, a postdoctoral scholar at the Max Planck Institute for Evolutionary Anthropology and first author on this study, in a press release.

The diversity was much higher in the mitochondrial genetic data than the Y chromosome, suggesting that female migration linked these communities. The researchers found no evidence of genetic flow from another early human species called Denisovans.

“Our study provides a concrete picture of what a Neanderthal community may have looked like”, said Benjamin Peter, a scientist also at the Max Planck Institute for Evolutionary Anthropology and an author of the study, in a press release. “It makes Neanderthals seem much more human to me.”

The specimens were found in southern Siberia, home to the famous Denisova Cave. DNA from this cave led to the discovery that Neanderthals and another early human species called Denisovans not only interacted, but had children together.

This study focused on the Neanderthal remains found in the Chagyrskaya and Okladnikov Caves, which are about 62 miles (100 kilometers) from the Denisova Cave. These sites were briefly occupied by Neanderthals about 54,000 years ago, and in addition to human bones and teeth fragments, researchers from the Institute of Archaeology and Ethnography and Russian Academy of Sciences have also found stone tools and animal bones at the site.