In 'Been There, Done That: A Rousing History of Sex,' PopSci executive editor Rachel Feltman shows why biology doesn't define us. 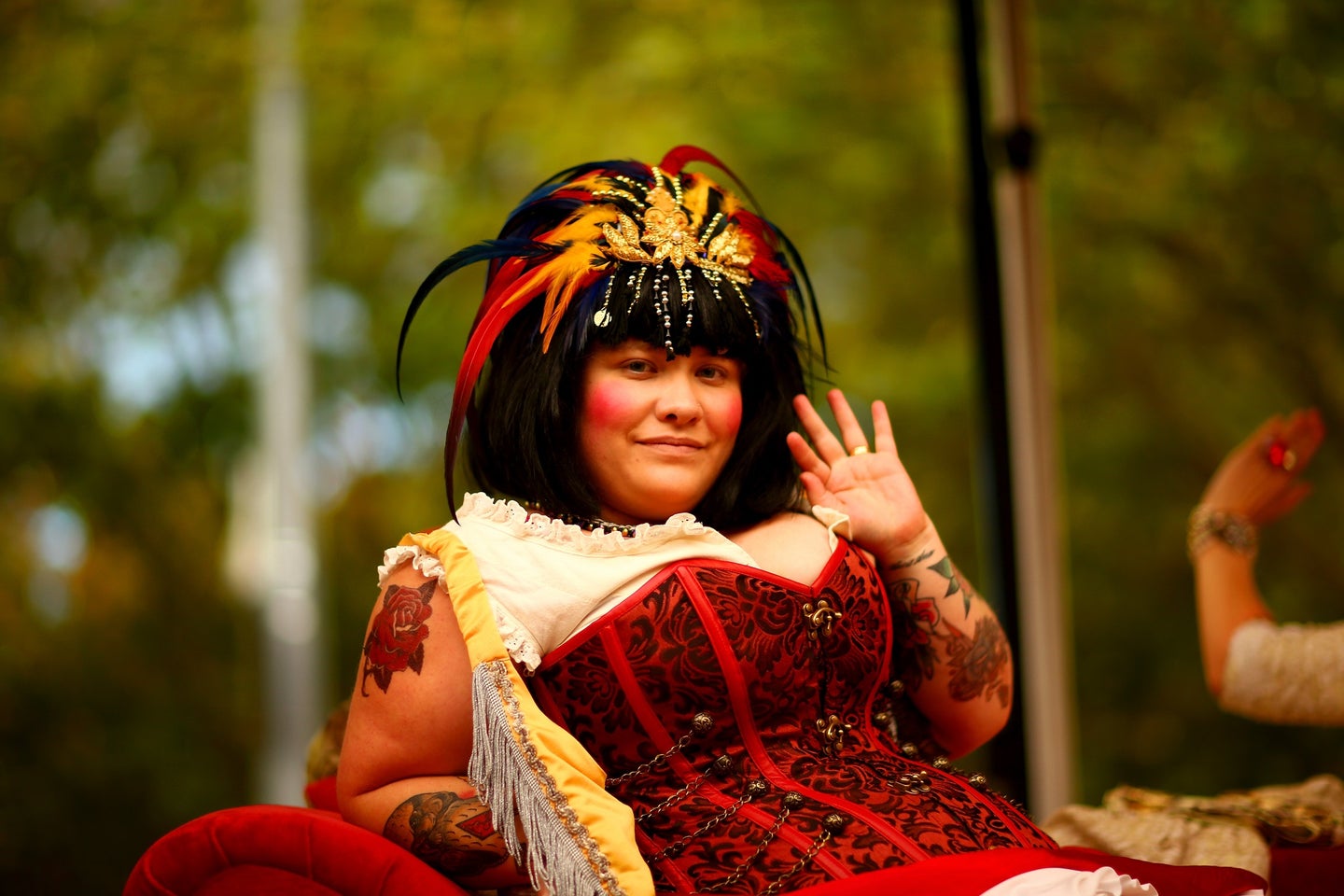 Excerpted from Been There, Done That: A Rousing History of Sex by Rachel Feltman. Copyright 2022. Available from Bold Type Books, an imprint of Hachette Book Group, Inc.

Sex is complicated, right? And gender is also complicated. But it would be fair to assume that starting from the baseline of male and female—two sexes meant to go together—is the norm, because that’s what most of us are taught. Fortunately, loads of cultures work with an entirely different playing field.

In Albania, a dwindling population of people assigned female at birth choose to be burrnesha, or sworn virgins. A fifteenth-century code gave them the right to dress, behave, work, and inherit property as men could if they pledged celibacy. Before the British colonized swaths of South Asia in the nineteenth and twentieth centuries, a culture of third-gender people called hijras flourished (and was at times treated as mystical in Hindu communities) for hundreds of years. Hijras are assigned male at birth but present characteristics generally associated with femininity. Only in the twenty-first century, after more than one hundred years of discrimination encouraged by British colonial law, did India, Nepal, and Bangladesh move to formally recognize a third gender category.

Tracing back to the precolonial era in Uganda, the Lango people recognize the existence of mudoko dako, who are assigned male at birth but live as women in adulthood. A member of this group can marry a man without judgment or punishment. Native Hawaiian and Tahitian cultures historically understood the validity of māhū, who are assigned male at birth but identify as something in between male and female. Unfortunately, they found their position as respected members of society put in jeopardy as colonizers imposed outside gender norms on the islands.

That colonial influence—including from the United States—has continued to negatively affect Hawaiian gender tolerance. Samoans who are assigned male at birth and live as women, gay men, or a nonbinary third gender are known as fa’afafine, while people assigned female at birth who live as men or lesbian women or have a nonbinary identity are called fa’afatama. Some of these individuals also identify with the term “transgender,” but others don’t; Samoan culture already gives them a name that doesn’t imply they’ve changed something about themselves.

Among the Indigenous nations of North America, having words for and an understanding of more than two gender identities is so common that, in 1990, a group of tribal representatives voted to adopt the term “two-spirit” as an umbrella to cover them all. This was done not because the myriad identities historically accepted by different tribal nations were one and the same but in recognition of the fact that all were imperiled by US laws and the imposition of European culture.

I’m not trying to take your maleness or femaleness away from you, if you consider yourself a lifelong member of one sex or the other. If you are staunchly and unambiguously male or female down to your DNA, that’s okay, man (or lady), and no one is trying to tell you otherwise.

I think, too, that most biologists—even those who espouse the notion that sex is more a spectrum than a binary—would agree that many, and perhaps even most, humans fall pretty squarely on one end of the rainbow or the other. If that weren’t true, it would have been difficult for our binary understanding of sex and gender to crop up and flourish and become overgrown.

The male and female buckets don’t have to be fake for humanity to realize that the many people who land outside them (in the middle, just to the right, on the other side of the goddamn room, whatever) are more than just incidental splashes. Sex isn’t the only biological distinction that seems incredibly complicated once we take a closer look. I promise we’ve been here before.

I want you to consider something for a moment. What’s the definition of a species? What were you told back in school? Chances are good you learned something to the tune of “a group of animals capable of reproducing with one another.” A dog can’t make babies with a cat. Dogs and cats are two different species. Okay. That’s pretty logical! It’s also wrong.

Mules are, of course, an inconvenient exception to the rule above: they’re born of the unholy and unnatural union between a horse and a donkey. But wait, you say, this is an easy fix. A species is a group of animals capable of reproducing and creating fertile offspring with one another. Well, sorry, but female ligers (that’s the perplexing spawn of a male lion and a female tiger, not to be confused with tigons, which are the result of the reverse) can usually make babies with lions. Female tigons can breed with male tigers. If that’s not compelling enough for you, consider that our own ancestors hybridized with other species and had offspring who lived to tell the tale (me, it’s me, I’m telling the tale, though actually genetic testing tells me I have a relatively low ratio of Neanderthal DNA, which is a bummer, so I’m holding out hope for a test that reveals me to be full of Denisovan genes or, ideally, something even weirder).

This would be enough to break our long-standing concept of what a species is, but things get more bizarre. Several “species” (cough cough) of the salamander genus Ambystoma have been female-only for millions of years.30 But they don’t rely on anything as pedestrian as asexual cloning to keep their good thing going. Instead, these lizard ladies—tied together only by shared mitochondrial DNA, which is the parcel that mothers pass on wholesale to their offspring without any paternal DNA cutting in—mate with males of several species in their genus to collect an assortment of genes. They use some combination of these genes, or none of them at all, when they create their children.

Research suggests the lineage has at times gone for millions of years without any outside influence but that mamas can, at any point, choose to shake things up with a random smattering of stolen DNA. A mom might even pass along a combination of up to five different male genomes while leaving her own genes out entirely, save for the mitochondrial DNA that makes this “species” an identifiable family.

This method of reproduction is called kleptogenesis, which is one of the coolest words you’ll ever learn. And it results in a “species” defined by only the tiniest shared portion of DNA—and by a tendency to screw around with other species.

That definition of species you learned in grade school seems obvious and true because it works most of the time. And it’s a little mind-blowing—scary, even—to try to come up with an alternative. Multiple scientists in multiple disciplines are sputtering over the conundrum at this very moment, I’m sure. It would be easier to plop down on the ground and say humbug to anything that breaks the simple rule. But that doesn’t change the fact that the rule has been broken, and is going to continue to be broken, and is not a universal truth.

Humans love drawing boxes around things. We love creating categories. It’s natural: being able to lump X together with Y and distinguish both from Z helped our ancestors make quick decisions about which animals, plants, and environmental hazards to chance an encounter with or run away from. But it’s become abundantly clear that many of our hastily drawn categories don’t reflect the messy reality of nature. That doesn’t mean we have to pretend a lion is the same thing as a tiger, and it certainly doesn’t mean we expect chimps to start mating with kangaroos. Our framework can grow and change and melt and shift without being obliterated.

Binary sex is much the same: the two categories we came up with aren’t inherently wrong; they just don’t tell the whole story. The lines are blurrier than previously assumed. Sex, like so many aspects of our humanity, is just more complicated than we could possibly have hoped to get a handle on for most of history. That doesn’t have to be scary. It doesn’t have to be radical. It doesn’t have to change the way you see yourself. But if the idea that we might have oversimplified the concept of sex at some point seems antiscientific to you, then I have to point out that you haven’t been paying much attention to the way science at all.

Buy Been There, Done That by Rachel Feltman here.