Middle Ages Reenactor Spears Drone Out Of The Sky 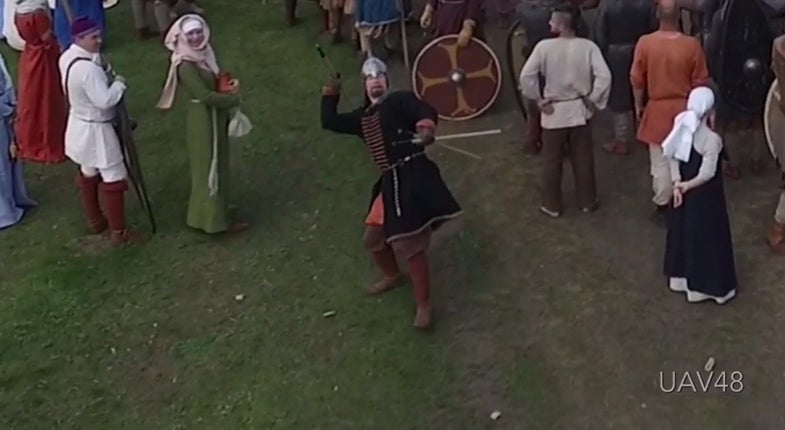 With a single spear throw, a spearman killed the future. He was at a mock battle, part of Rusborg 2016, a festival about the early Middle Ages in Russia. An observer filmed the battle from above with a quadcopter. One of the participants, perhaps out of sport, perhaps out of a sense for authenticity, decided to knock it out of the sky. With a step and a toss, he did.

Here is that throw again, in slow motion:

Drones have to fly pretty low to get hit by a spear. Other unusual ways to knock out drones include eagles, nets, wifi override codes, machine guns, and lasers. Drones, at least small, commercially available quadcopters, are pretty easy to knock out of the sky.

Here’s the full video of the drone-spear encounter: