Lillium: The Private VTOL Plane Of A Quieter Future

The Jetsons? No, they're our loud neighbors. We're the Ducted Fandersens. 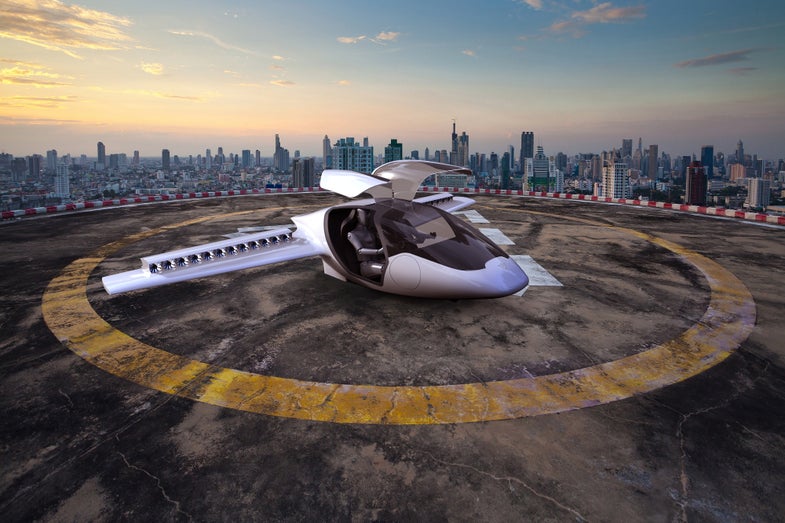 The European Space Agency is incubating a new kind of aircraft. Revealed today, the glossy, white, egg-like form of the craft resembles nothing so much as an airplane designed by Apple. The planned two-seater will be all-electric, built for personal use, and, thanks to pivoting engines, it can take off from helipads instead of runways.

Dubbed Lillium, the craft when built is expected to travel at around 250 mph, faster than most helicopters but well below the speeds of private jets. The whole plane should fit comfortably in an area 50 feet by 50 feet, or roughly the same area as a modest helipad. It will also take part in a modern, quieter revolution in aircraft design: planes designed with noise reduction in mind.

From the European Space Agency:

Watch a short clip of the concept below: