Nothing but net. Well, net and drones. Two things. 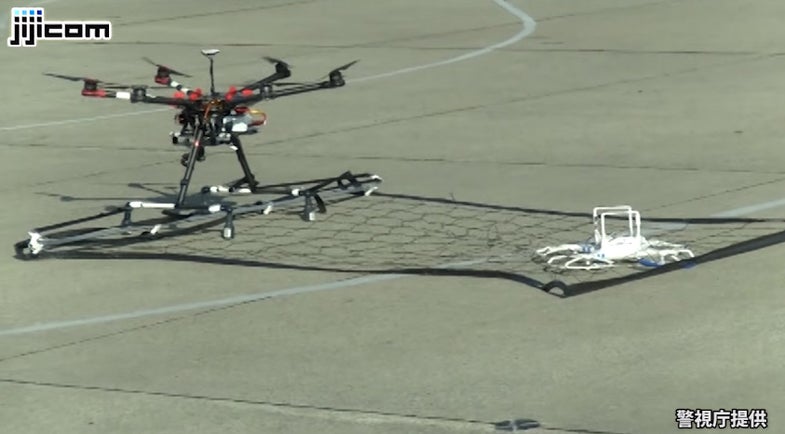 The future is clumsy as heck. Yesterday, Tokyo Police launched their first anti-drone squad, a team designed to enforce new rules banning drones from dense urban areas. To stop bad guys with drones, they have big net-wielding drones of their own, built to catch the offending craft in the act. If that sounds like it’d be sleek, that’s exactly wrong. Here’s what a police drone catching a quadcopter with a net actually looks like:

That’s a big police drone taking off, unfurling a net, and pursuing a standard-sized quadcopter across a parking lot. Here’s the attack from another angle:

The police drone has all the grace of a mechanical jellyfish trying to snag a crab. After catching the quadcopter, the arresting drone sets it down gently. One fewer hostile drone in the sky, with minimal damage to the machine itself.

It’s not the first drone to catch drones with a net, but it might be the first police drone to go into service explicitly for that purpose.

Watch the full process below: