They beat NASA to it 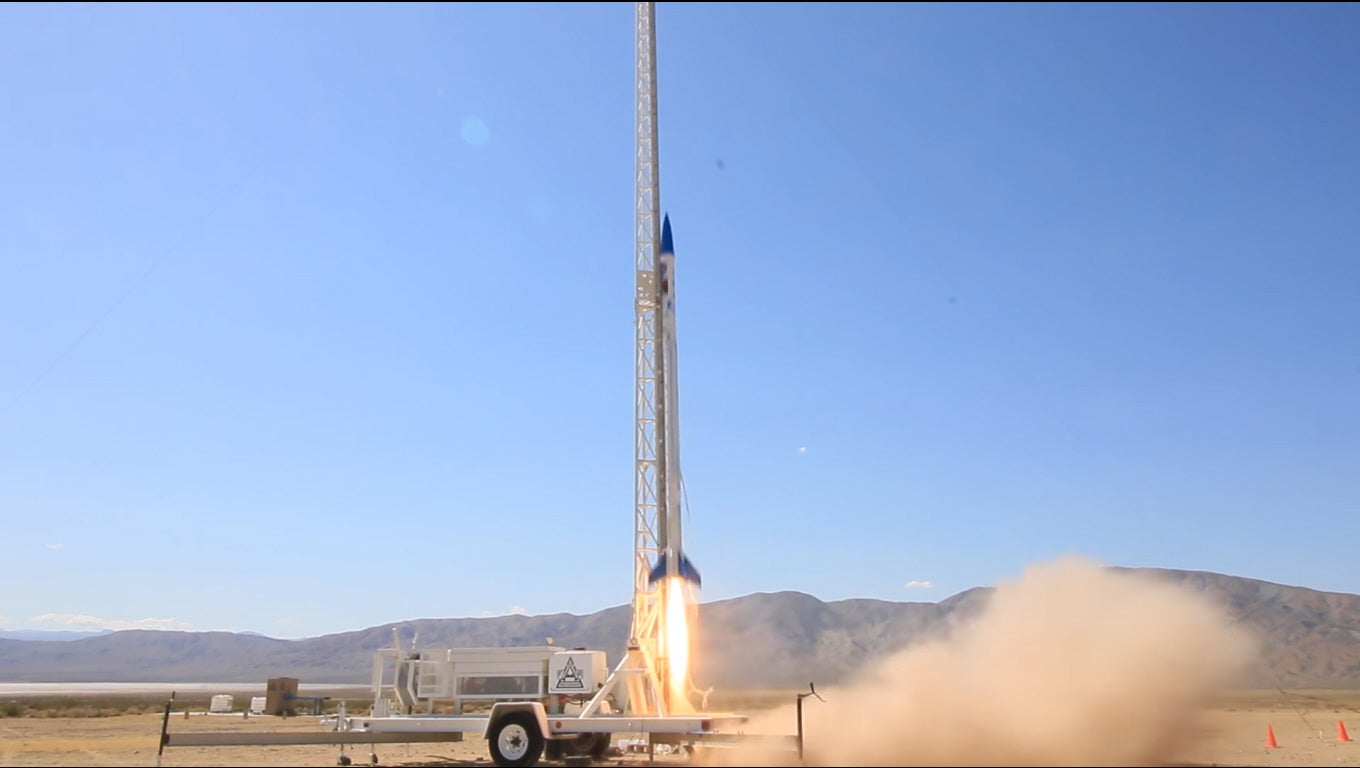 No one expects college kids to beat NASA to the punch. On Saturday, students at University of California San Diego launched a rocket with a completely 3D-printed engine. Students for the Exploration and Development of Space claims to be the first university group to do this. Watch it fly!

Here it is again, filmed from a drone.

Their rocket, dubbed Vulcan-1, is 19 feet long, 8 inches in diameter, and capable of 750 pounds of thrust. It’s powered by a cryogenic combination of liquid oxygen and refined kerosene. The rocket traveled approximately 4000 feet.

NASA’s been working on 3D-printing rocket engines for some time now. Last winter they put some 3D-printed parts through a fiery test. The private space industry, too, is working on rockets with 3D printed components. In 2014, SpaceX’s Falcon 9 launched with a 3D-printed valve. But as far as we know, this is the first time a student-made completely 3D-printed rocket has blasted off. (Bagaveev Corporation, one of the project’s Kickstarter sponsors, was the first to launch a fully 3D printed rocket engine that the San Diego team knows of.)

However, as this one didn’t make it to space, there are still many more firsts to come.

Watch the launch below:

This story has been updated with details of the rocket’s altitude and the Bagaveev Corporation’s rocket.