How The Meaning Of Cancer Has Changed

Technology is rewriting diagnosis and treatment At the beginning of the movie 50/50, Adam Lerner is diagnosed with neurofibrosarcoma, a cancer of the spine’s nerve tissue. Adam sits in his doctor’s office while the doctor rattles off the word several times, but Adam has no idea what it means, or if there’s anything wrong with him at all. Eventually, his doctor uses the word “cancer,” and Adam’s perspective goes blurry, the doctor’s voice drowned out by a high-pitched ringing.

Many people have had real experiences like this one. Cancer is still one of the scariest words you can hear in a diagnosis. And chances are, you know someone who has heard it—almost 40 percent of adults are diagnosed with some form of it during their lifetime. Every patient’s story is different, and they don’t all have a happy ending. But because of decades of research into how cancer works, patients diagnosed with cancer today have a much better chance of survival than ever before. 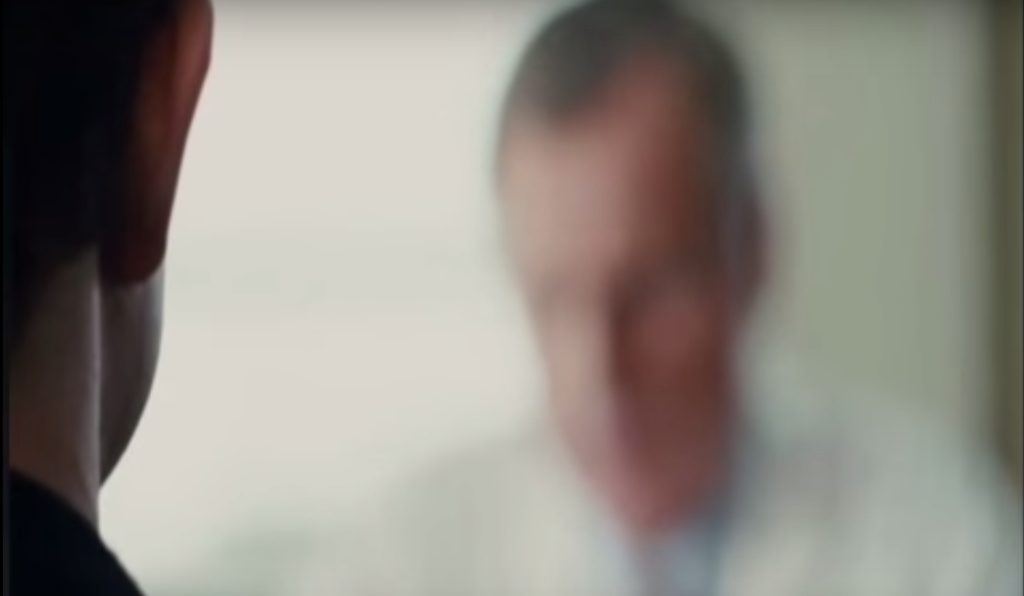 There’s something big going on in oncology right now. It seems like every day a scientific paper is published highlighting a new treatment or discovery; new documentaries or feature articles come out every week. But it’s difficult to understand this excitement without a firm grasp of how the meaning of cancer has changed for doctors and researchers today. Experts’ understanding of what cancer is, how to diagnose and treat it, has matured in recent years—and some of the things you may have learned in the past may no longer be true.

“Back in the 1970s we thought if we found every cancer early, we might be able to cure it. Now we have a much more mature understanding,” says Len Litchenfeld, the Deputy Chief Medical Officer for the American Cancer Society. “Our technology has allowed us to find many different cancers than we would have in the past. And our understanding of what cancer is and how it behaves is also evolving.”

Cancer isn’t just one disease—it’s actually hundreds of diseases. And these diseases don’t have much in common, except that they are caused by a genetic mutation that throws the cells’ normal process of growing and dying gets out of whack.

Cancer is actually hundreds of diseases. And these diseases don’t have much in common.

When people think of cancer, they imagine a scene much like the one in 50/50—a dreaded diagnosis. But in recent years oncologists have learned that cancers happen all the time in the body—the immune system is just usually able to fix the problem before it becomes overwhelming. “Most people are familiar with cancer diagnosed in our friends and family and colleagues, but not every cancer cell goes on to be a serious life-threatening cancer,” Litchenfeld says. Some cancers grow slowly and never become a problem; others are more aggressive and require immediate treatment. “There’s a wide spectrum,” he adds.

Since such a large percentage of the population is diagnosed with cancer, many people assume that cancer is more pervasive now than it has been in the past. But that’s not really true. “Cancer seems to be more pervasive, but that’s because we find more cancer in older populations,” Litchenfeld says. People are living longer, which means that they are more likely to develop age-related diseases like cancer—in fact, age is one of the biggest risk factors for developing cancer. “Sure, people are now living to 80 or 90, so it makes sense that we’re going to find more cancers in terms of numbers. But it’s important to look at the rate,” Litchenfeld adds. According to a National Cancer Institute survey, the incidence of cancer has decreased overall between 1975 and 2011, and cancer mortality has dropped even more. That’s not to say that we’re where we need to be in terms of fighting cancer, Litchenfeld notes, but there’s definitely been progress.

There are a lot of reasons why cancer mortality has dropped—both prevention and treatment have drastically improved because oncologists have a much better understanding of why people get cancer. But a big part of that decrease in mortality is because fewer people are getting tobacco-related cancers. Starting in the 1950s, researchers understood that smoking made cancers more likely, so urging people to stop (which didn’t work on a large scale until much later) was an important step to help them prevent it. 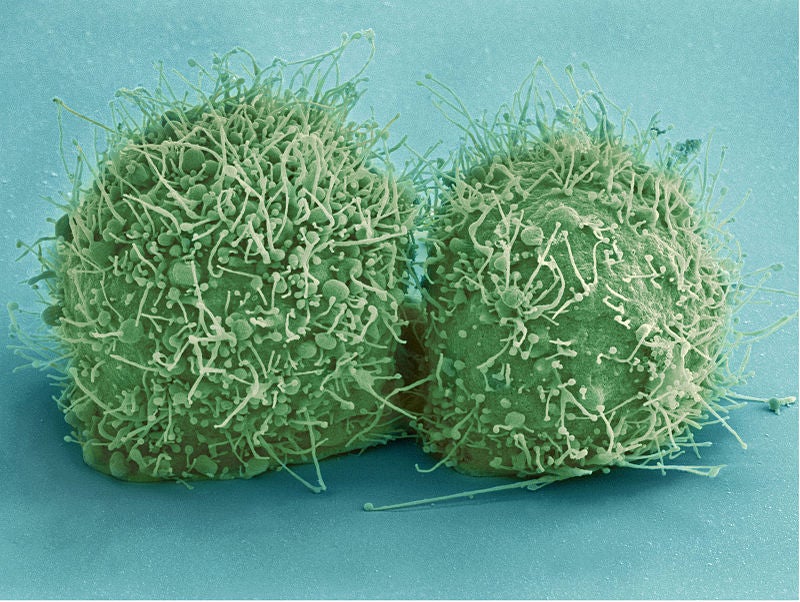 Though there’s a lot of misinformation surrounding some aspects of prevention (does drinking lots of coffee increase your risk of developing pancreatic cancer? Or decrease it?), doctors have a pretty good understanding of what works best to prevent cancer. “There are very few miracles out there. What we do know is that not smoking, weight loss, increased activity—those work, even if they’re tough to adhere to,” Litchenfeld says.

Because cancer prevention was not as well understood, doctors in the 1960s and ’70s spent a lot of their resources treating cancer. A lot of cancer treatment was left up to pure chance. Doctors would give patients chemotherapy and radiation in the hope of killing enough cells in their bodies so that the cancer could no longer survive. But in the mid-1970s researchers discovered the oncogene, genes that control the growth and death of cells that, if they have a particular mutation, can cause tumors. This discovery rocked the world of oncology, leading to new understandings of how environmental and lifestyle factors (like smoking) can make cancer-causing mutations more likely, and the discovery of many other genes related to cancer’s incidence and aggressiveness (like the BRCA-1 gene, which increases women’s chances of getting breast and ovarian cancer).

“As a result [of this research in the ’70s] we have a much greater understanding of the genetic abnormalities, the internal coding system, for what makes a cancer cell a cancer cell. That gives us targets at which we can aim new treatments,” Litchenfeld says.

That work has led to increasingly sophisticated treatments, and a whole new chapter of it is beginning now. Researchers are figuring out how to harness the immune system to fight cancer from within, which is called immunotherapy. Understanding the genetic drivers behind potentially life-threatening cancers, along with cheaper genetic sequencing, means that doctors can use treatments that target the mutation that’s driving the cancer, called precision medicine or personalized medicine.

This knowledge has also led doctors to diagnose and treat more selectively. “There’s the thought that early [cancer] detection always leads to a better outcome for the patient. But in some cancers that is less clear,” says William Dahut, the clinical director and deputy scientific director for the Center for Cancer Research at the National Cancer Institute. Take prostate cancer, for example. It’s the second leading cause of cancer death for men in the United States, and yet statistically a man diagnosed with prostate cancer is more likely to die with prostate cancer rather than because of it. If a cancer is just on the verge of being a health risk and doctors treat it too aggressively, the treatment can lead to other types of cancers, called secondary cancers—and the patient’s life suffers as a result. Too frequent screenings for other types of cancer, like breast cancer, may even increase a patient’s risk for the disease by exposing her to radiation. 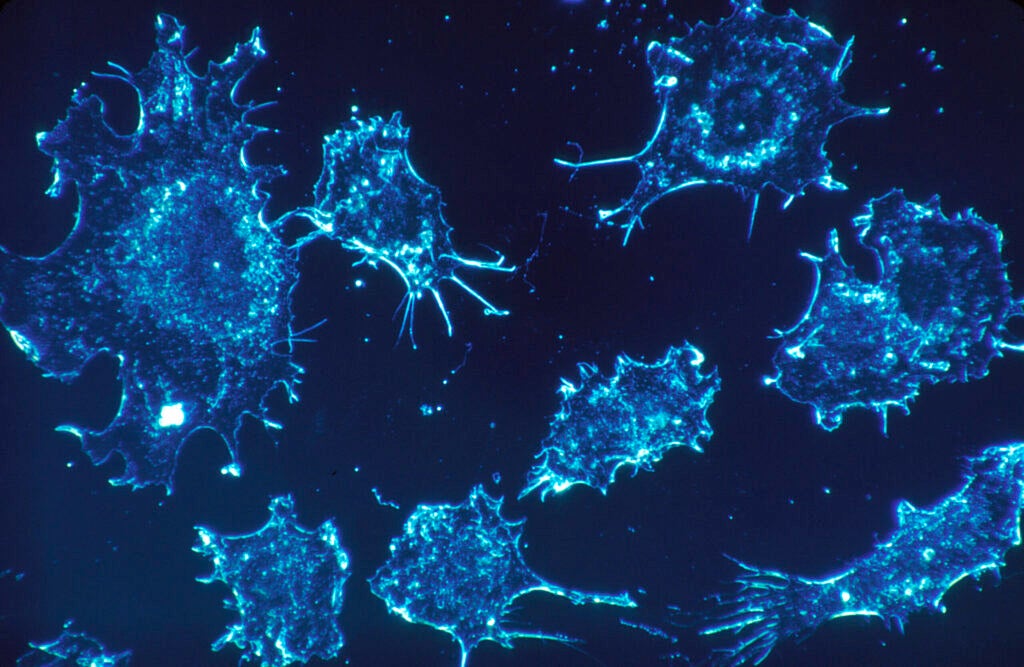 “Early detection may lead to side effects of treatment but it doesn’t always benefit the patient. You hear lots about screening, and sometimes there’s a significant benefit. But sometimes cancers that grow in between screenings are the ones that are the most virulent. And the ones [that doctors] pick up may not be the harmful ones,” Dahut says. After years of encouraging people to constantly get screened for cancer, some doctors and public health officials have started pushing for less frequent screenings for some kinds of cancer.

These substantial advances in oncology don’t mean that we now have all the answers—in fact, the more we learn about particular aspects, like the genes behind cancer, Dahut says, the more complex they become. “The idea [behind precision medicine] is that patients have a particular mutational profile, and hopefully that can be used to direct the cancer treatment. But the reality at this point is that it’s just more complicated than one would think,” Dahut says. Tumors often have several mutations that drive them, and even if oncologists could pinpoint them, there aren’t many drugs that target them, and even fewer that target several at once. The clinical trial system is designed to test treatments for the location of the cancer (lung, thyroid, and so on) and not specific mutations that drive them, though the Food and Drug Administration, which approves the drugs, is now starting to reform the structure to fit oncologists’ new understanding of how cancer works.

But researchers and doctors are still optimistic about what the next phase of research will bring. With a better understanding of how cancers form and how to treat them, doctors are finding new ways to talk patients about their cancer risks. Patients will start having earlier conversations with their doctors about their genetic mutations that may make them more likely to develop certain kinds of cancers so that they can take steps to prevent them. As researchers collect more data from cancer patients, they will get a better grasp of how mutations interact with one another to make cancer more or less aggressive, and will be able to develop treatments that target several of them at once. Figuring out how to combine these targeted treatments with immunotherapy is likely oncology’s next big advance, Dahut says. “It’s an incredibly exciting time in cancer treatment,” he adds. 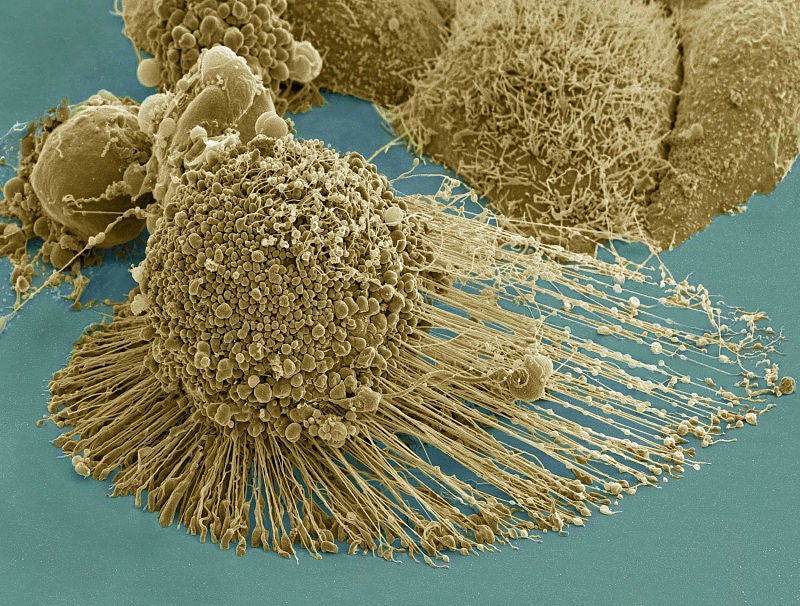 A HeLa undergoing apoptosis, or cell death, under a scanning electron microscope

Litchenfeld is less certain about how quickly these cutting-edge treatments will be used for the average patient—especially given their astronomical cost. To him, the greatest strides can be made in patient care and improving the patient’s quality of life. There’s already a cultural shift—cancer is no longer the “c-word” with the stigma to match. A cancer diagnosis may no longer be a death sentence, but not everyone’s outcome is ideal yet, Litchenfeld adds. We need to make sure that people all over the country receive similarly high levels of care, and that they still have a high quality of life once they’re in remission—no bankruptcy from paying for medicine, no secondary cancers. “It’s not just about the science—it’s how we care for patients and their families,” Litchenfeld says.

Given the rate of advances in oncology, one thing is for certain: the survival rate in 10 years will surely be even higher than it is today. Treatment, prevention, and culture surrounding cancer are improving every day. But there’s a lot of misinformation in the popular media, and learning about the miracle cure of the moment can often be confusing and full of jargon, like starting a really technical movie halfway through.

In this series, A Future Without Cancer Popular Science explores the cutting-edge concepts and technologies pushing oncology forward, with the goal of helping readers understand this rapidly changing field.