COVID antiviral pills work against Omicron—when people can get them 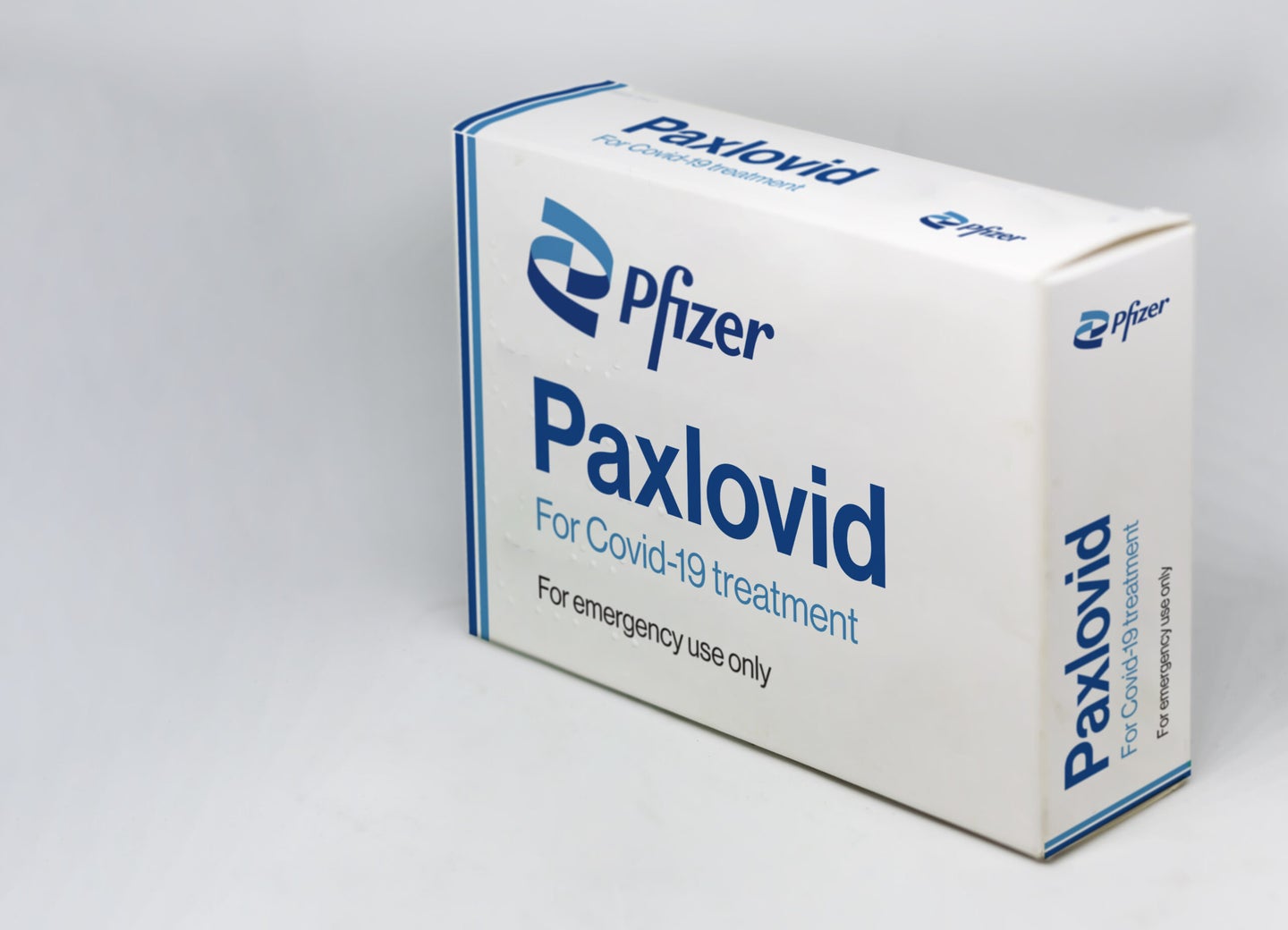 The US has purchased half of the 20 million of Pfizer's Paxlovid antiviral pill treatment courses, but they are expected to be delivered in June and September. Deposit Photos
SHARE

Last week, Pfizer reported that a trio of lab experiments suggest that its COVID-19 pill, Paxlovid, will hold up well against the Omicron variant.

The antiviral was authorized in December for people at high risk of becoming seriously ill from COVID-19. Unfortunately, despite these promising developments, Paxlovid and other COVID-19 treatments are still in short supply across the country. Half of the 20 million Paxlovid treatment courses purchased by the US aren’t expected to be delivered until June, and the other half by September.

However, experts are optimistic that Paxlovid and other oral antivirals could become an integral weapon against the novel coronavirus.

“It’s really nice to have the antivirals as a complementary part of our treatment approach, and [this is] something that is coming out at just the right time,” says Elizabeth Duke, a physician-researcher at Fred Hutchinson Cancer Research Center in Seattle. “The science is there; it’s really the delivery piece that is lacking.”

Michael Ison, an infectious diseases physician at Northwestern Medicine and the Northwestern University Feinberg School of Medicine in Chicago, hopes to see Paxlovid become more accessible as production ramps up.

“At some point we would love this drug to be something like Tamiflu, where you can go to any pharmacy to receive it and your doctor can prescribe it more easily,” he says. “Now it’s still very limited.”

Prior to the emergence of Omicron, healthcare providers have relied on monoclonal antibodies to prevent newly diagnosed COVID-19 patients from developing severe symptoms. These lab-made proteins mimic the antibodies the body naturally makes to fight off the virus.

“Antibodies coat the virus…they latch onto the virus whenever they can find a nice landing spot,” Duke says. “It prevents the virus from entering the human cell, and it also helps the human immune system find the virus and clear it out using its own immune mechanisms.”

Antivirals like Paxlovid, Merck and Ridgeback Biotherapeutics’s molnupiravir, and remdesivir instead prevent the virus from making copies of itself. Paxlovid does this by interfering with one of the virus’s enzymes called a protease. In order to replicate, the virus must make long strings of proteins that the enzyme cuts into individual pieces. Paxlovid prevents this process from happening, which leads to “completely dysfunctional” viruses, Duke says.

In clinical trials, Paxlovid, molnupiravir, and remdesivir reduced the risk of hospitalization and death in high-risk COVID-19 patients by nearly 90 percent, 30 percent, and 87 percent, respectively.

On January 18, Pfizer reported the results of the three laboratory experiments, which haven’t yet undergone peer-review. In the first experiment, researchers found that the drug’s key ingredient, nirmatrelvir, was equally successful at blocking protease from Omicron and the original virus strain. In the other two experiments, researchers tested nirmatrelvir in cells infected with several different variants, and found the drug performed similarly well against Omicron and other versions of the virus.

These preliminary results are encouraging but not particularly surprising, Ison says, given the antiviral doesn’t target the spike-shaped protein on the surface of the virus like monoclonal antibodies do. This can give antiviral pills an upper hand over antibody treatments, since the Omicron variant has a large number of mutations that make the spike proteins less recognizable. “I wouldn’t have expected any change in efficacy, but it definitely gives us primary data to show that it is effective in the test tube for Omicron,” Ison says.

Duke describes the new findings as reassuring. “It’s great to see the actual data,” she says. “Based on the mechanism of the antivirals I would expect it to work against Omicron and also future variants.”

By contrast, many of the more widely used antibody treatments, which do target the spike protein, are markedly less effective against Omicron than previous variants. The Food and Drug Administration recently restricted the use of two antibody therapies by Regeneron and Eli Lilly. “The antivirals target parts of the viral machinery that are so much more core to what the virus does,” Duke says. “It would be surprising if there were a lot of mutations in that part of the virus.”

The difference between these two strategies was underscored in a brief report published on January 26 in the New England Journal of Medicine. Researchers found that molnupiravir, remdesivir, and an antiviral Pfizer developed that’s similar to Paxlovid but given intravenously all retained their effectiveness at vanquishing Omicron in cell cultures. On the other hand, the antibody treatments the team tested were less effective against Omicron than previous variants. In one of its three experiments, Pfizer and collaborators at the Icahn School of Medicine at Mount Sinai in New York tested the antivirals molnupiravir and remdesivir in addition to nirmatrelvir, and found that they too were able to control Omicron.

Next steps for COVID-19 pills

Unfortunately, Ison says, very few pharmacies carry Paxlovid at this point, and those that do only have a small amount available. “So not a lot of patients have gotten the medication, and we don’t yet have real-world experience looking at patients that have received this therapy and how effective it is in getting people to feel better quicker with Omicron,” he says.

In an announcement of the results from the three Paxlovid experiments, Mikael Dolsten, who leads Pfizer’s Worldwide Research, Development and Medical organization, said that the company will “continue to monitor the treatment’s activity in real-world settings” to validate the findings.

Pfizer is also investigating whether Paxlovid can prevent people who have been exposed to the virus by a member of their household from developing COVID-19. Duke and her colleagues are studying this question as well for molnupiravir. She says that gathering more data on how well both treatments work in vaccinated people will be important as well, since clinical trials for the drugs focused on unvaccinated participants.

A crucial advantage of both of these antivirals is that they’re given as pills, as opposed to an injection or infusion. This means they can be taken at home, making them much easier to administer than other COVID-19 treatments. However, there are also drawbacks. As with other treatments, the oral antivirals are most effective when given early in the course of the disease. Paxlovid also interacts with many other drugs, including cholesterol and blood pressure medications and antidepressants. Molnupiravir, meanwhile, is not recommended for pregnant people.

Duke hopes that as supplies of these drugs become more plentiful, providers will be able to choose among various treatment options to decide what will work best for each patient. As she puts it: “I’m really excited about the potential for the oral antivirals to be just as effective as the antibodies, if not more so.”