How a Nobel Prize winner spread the vitamin C myth

Linus Pauling was a genius. He also spread a pervasive myth that's lasted for decades. 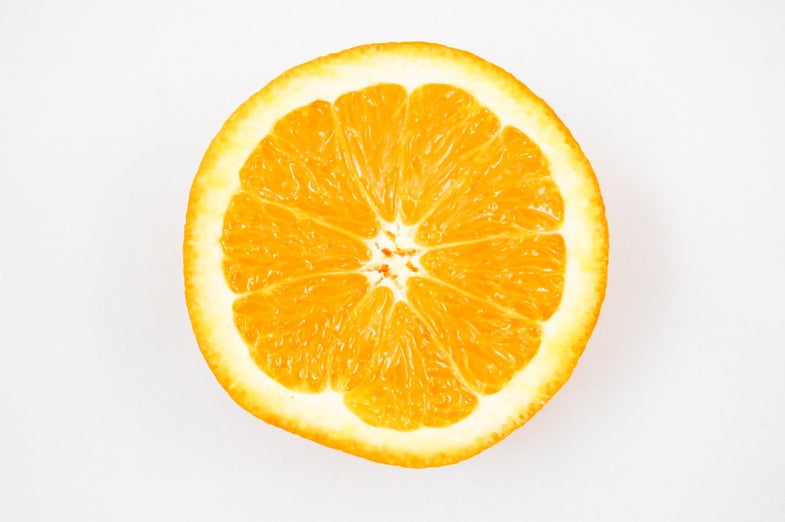 This post has been updated. It was originally published on April 4, 2017.

Linus Pauling won two Nobel Prizes, helped uncover the nature of chemical bonds, identified sickle cell anemia as a molecular disease, elucidated some of the most common protein structures, revolutionized our understanding of primate evolution, and is widely hailed as one of the fathers—if not the father—of molecular biology.

Oh, and he almost single-handedly spread one of the biggest medical misconceptions of all time: that vitamin C prevents colds.

Like the much more malicious myth that vaccines cause autism, it began with quackery. Pauling first heard about the wonder that is (or really, isn’t) vitamin C from a man named “Dr.” Stone, who was a doctor in much the same way that a koala bear is a bear—that is, he wasn’t. But gosh darnit if that was going to keep Pauling from believing that 3000 milligrams of vitamin C would solve just about every ailment he could think of.

He and Stone conducted a shoddy clinical trial that claimed to prove their point, which other researchers noted had a fundamental flaw: The people treated with vitamin C were healthier to begin with, and so naturally had better outcomes. That didn’t stop Pauling, though. When he published a book on the matter in 1970, Vitamin C and the Common Cold, the American public went crazy for it. After all, here was a man so brilliant that he was (and still is) the only person ever to win two unshared Nobel Prizes and one of only two people to win Nobels in different fields (chemistry and peace). Surely he knows what he’s talking about.

Pauling went on to claim that high doses of the supplement could cure everything from heart disease to leprosy, and even cancer. And the public bought it. Never mind that every professional medical organization in the world rejected the idea as baseless—here was a Very Smart Man telling the good people of Earth that if only they took vitamin supplements they could solve all their health problems.

[Related: There are only 13 actual vitamins, and you’ll die without them]

Here’s the snag: vitamin C doesn’t prevent colds and it doesn’t prevent cancer, nor does it cure either ailment. Some studies have found evidence that regular usage might shorten the duration of your cold, but not when taken after the onset. Others have found associations with higher daily dosages and lower risk of cardiovascular disease, though still other studies have shown no relationship whatsoever. The same goes for cataracts, pneumonia, tetanus, asthma, and liver disease.

As for cancer, the best-quality data show that vitamin C supplements have no effect on your likelihood of getting cancer, nor on the outcome of cancer once you have it. It’s possible that it can help certain therapies to work better, but equally likely that it inhibits other types of treatments. And while some small studies have found that extremely high doses do kill cancer cells, that’s only when the vitamin is given intravenously. Doses direct to your bloodstream can drastically increase the amount of vitamin C in your plasma—oral supplements can’t.

In a sad ironic twist, Linus Pauling died of prostate cancer in 1994, while his wife died years earlier of stomach cancer.

The basic upshot is this: taking vitamin C supplements will, in all likelihood, have no effect on your health. Since it’s a water-soluble vitamin, any excess you take in will simply be excreted out in your pee. The greatest risk is that you’ll get diarrhea or some other vague gastrointestinal problems (assuming that you don’t have hereditary hemochromatosis, or iron overload, in which case it can actually cause long-term damage to your internal tissues).

Taking vitamin C every day probably won’t hurt you, but you almost certainly don’t need it. It’s easy to get enough in your diet without popping pills. You can find it in oranges, garlic, strawberries, chili peppers, kiwi, beef liver, oysters, guava, broccoli, parsley, onion, peach, apples, pears, carrots, bananas, avocados, plums, and a whole host of other foods that you never realized had vitamin C in them or possibly have never heard of (see: camu camu, seabuckthorn, and cloudberries).

All this being said, if you have a vitamin C deficiency you should absolutely take supplements. As any 18th century sailor will tell you, scurvy is no joke. And even if it doesn’t get that far, you need vitamin C to make collagen, heal wounds, produce some neurotransmitters, and support your immune system. Most people get plenty of it from their diet, but deficiencies persist in developed countries in people who eat junk food almost exclusively. Otherwise the problem has largely disappeared as the general population has gained regular access to a variety of fruit and vegetables.

So, like almost all vitamins, there’s really no need to take vitamin C unless you have a genuine deficiency. Which you probably don’t. Consider this your license to stop buying those cold remedies containing megadoses of vitamin C and artificial orange flavor to try to trick you into thinking they’re appetizing. Just eat a regular orange and be done with it.