Data from an Italian study on high-risk volunteers boosts confidence in the safety of the Pfizer and Moderna shots. 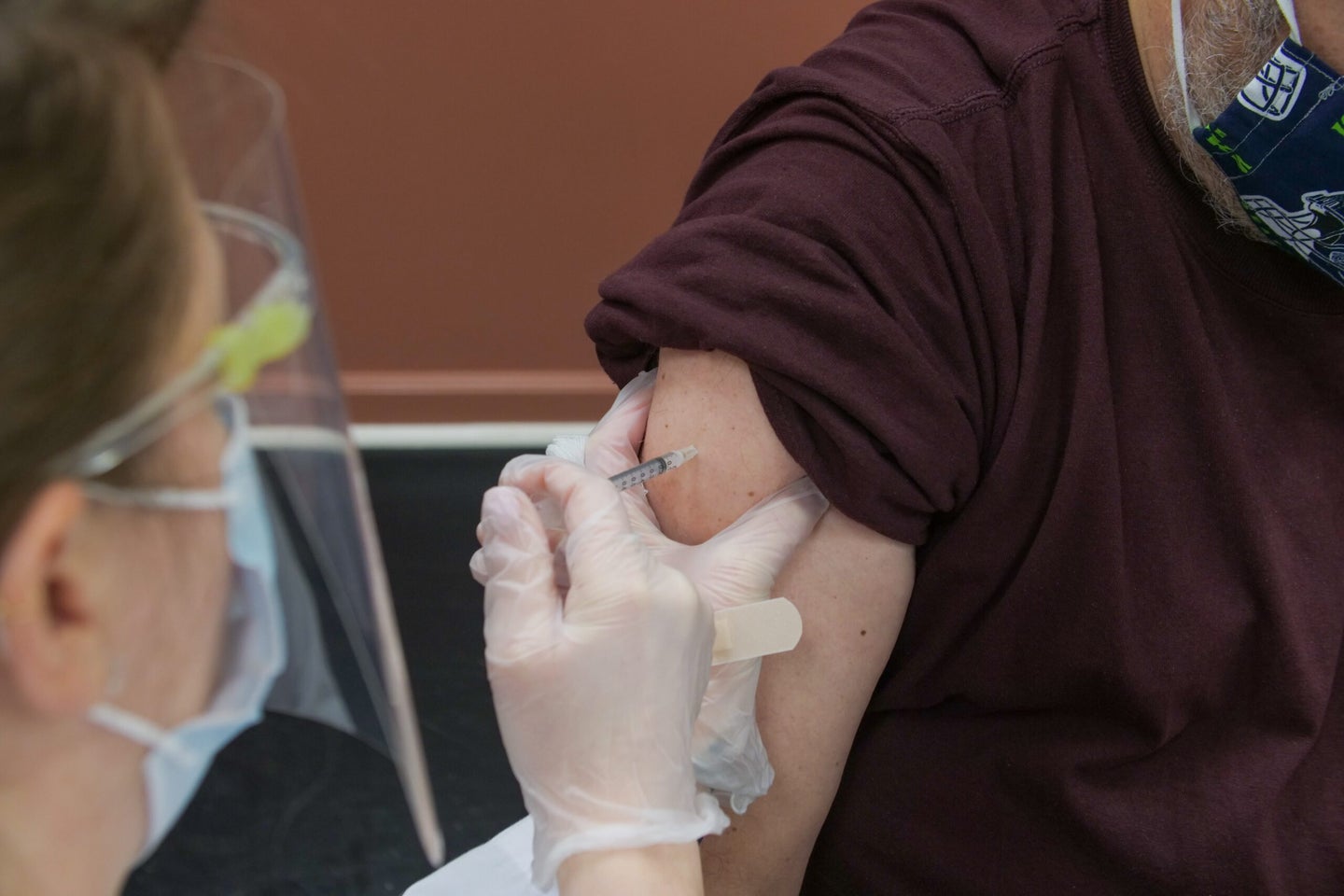 We finally have data on whether mRNA COVID vaccines, such as Pfizer and Moderna vaccines, are safe for immunocompromised people. Steven Cornfield/Unsplash
SHARE

Moderna and Pzifer’s mRNA-based COVID-19 vaccines are safe for immunocompromised people with a wide range of illnesses, a new analysis shows.

Researchers in Italy tracked more than 550 people in fragile health who received two doses of an mRNA vaccine, and found that the side effects were in line with those experienced by the general population.The individuals who participated have immune systems that have been weakened by illness or treatments such as chemotherapy. “Our patients did not show a higher incidence of severe adverse events and we did not see an increased risk of discontinuation of treatment programs due to vaccination,” Nicola Silvestris, a professor of medical oncology at the University of Messina in Italy, said in a statement. “Therefore, vaccination for COVID-19 is confirmed as safe, even in this group of high-risk patients.”

Silvestris and his collaborators reported the findings on March 17 in the journal Frontiers in Oncology.

“This is reassuring data,” says Erin Longbrake, an assistant professor of neurology at the Yale School of Medicine who wasn’t involved in the research. “We want to give these vulnerable patients every layer of protection that we can, and they can be more confident in taking that vaccine, in taking that protection against COVID infections.”

[Related: If you’re unsure about getting the COVID-19 vaccine, read this]

The clinical trials that originally assessed the safety and efficacy of the mRNA vaccines for COVID-19 focused on healthy volunteers. People whose health was frail due to cancer or other serious illnesses face a heightened risk of complications from COVID-19 but weren’t included in these studies. This led some to hesitate about getting vaccinated once the shots were authorized due to concerns about side effects or fears that the immune response prompted by the vaccine would worsen their disease.

“We need more data to understand what types of reactions these patients will have,” says Karen Reckamp, the director of the division of medical oncology at Cedars-Sinai Medical Center in Los Angeles and who was not involved in the research. “So the data we get outside the randomized trials can be very helpful [as] patients and physicians make decisions.”

Silvestris and his team recruited 566 adults from across Italy who were being treated for blood cancers, solid tumors, and neurological or autoimmune diseases from March to early September of 2021. Twenty-eight percent of the participants were young adults, almost 53 percent fell between the ages of 51 to 70 years, and nearly 19 percent were older than 70. The research group evaluated their responses to the Moderna or Pfizer vaccines via questionnaire; all but 10 received both doses.

About 77 percent of the participants reported experiencing side effects after the first dose, including 11 percent who described their symptoms as severe. After the second dose about 66 percent of participants reported side effects, and about 15 percent said their symptoms were severe. The most frequent side effects were pain at the injection site, fatigue, bone pain, headaches, and fever. Other symptoms included nausea, diarrhea, insomnia, skin rashes, or enlarged lymph nodes.

Additionally, younger people were more likely to experience severe fever than older ones, and women had an increased likelihood of severe symptoms. People who received the Moderna vaccine were more likely to report severe fever and pain at the injection site than those who were given Pfizer’s shot. The only severe symptom that varied by disease was injection site pain, which was more common in people with neurological or autoimmune diseases than in people with cancer.

“Whatever the underlying disease…the mRNA-COVID-19 vaccine should be considered a crucial step to allow a safe program of treatment more than a possible obstacle or danger to pursue the control of the disease,” Silvestris and his team concluded in the study.

The findings are consistent with a number of other reports that have concentrated on people with cancer, multiple sclerosis, and other medical conditions that put them at high risk of becoming seriously ill from COVID-19 and found vaccination to be safe, the authors added.

[Related: Long COVID can manifest in dozens of ways. Here’s what we know so far.]

However, Longbrake and Reckamp note, immunocompromised people may mount a less robust immune response after vaccination than their peers, particularly if their treatments have depleted their antibody-making white blood cells.

“We’ve established that [the vaccines] are safe,” Longbrake says. “Now we have to determine how effective they are relative to non-immunosuppressed individuals and whether or not there’s things that we can do to more effectively vaccinate this vulnerable population.”

This is also one more reason why it’s important for people who aren’t immunocompromised to still get immunized against COVID-19, she adds.