Hospitals in Ukraine have turned basements into shelters and maternity wards. 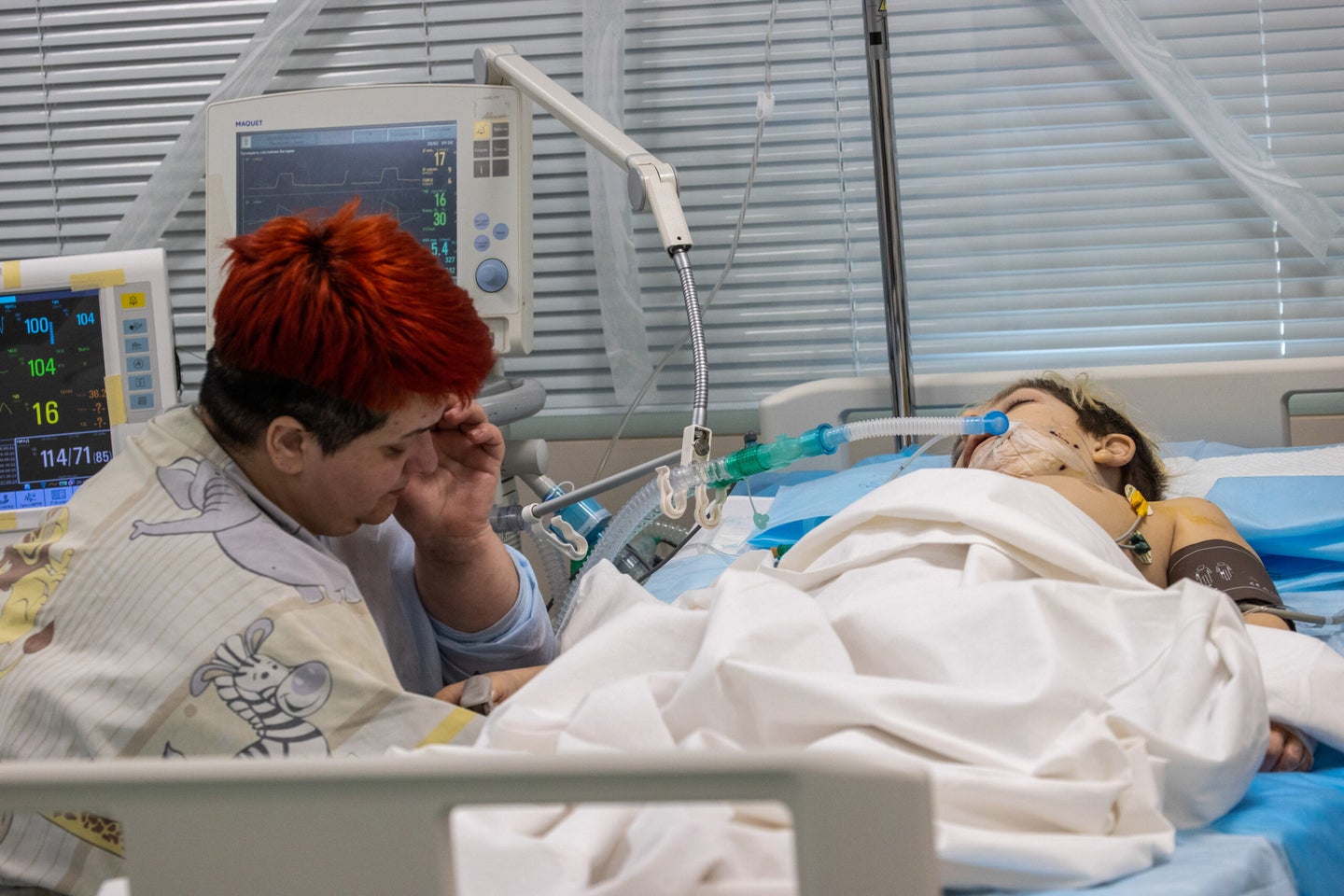 A child receives treatment after being wounded in a car during Russian attacks. Aytac Unal/Anadolu Agency via Getty Images
SHARE

Russia’s invasion of Ukraine has forced patients, including children and mothers with newborn babies, to retreat to hospital basements in besieged cities. Many are continuing to receive care in underground shelters while Russia’s attack on their country continues above.

Hospitals in invaded Ukrainian cities have had to improvise for safety—maternity hospitals in Mariupol and Kharkiv have converted their basements into bomb shelters-cum-maternity wards. There, babies continue to be born, introduced to the world in dimly lit rooms packed with beds and cribs.

Ukraine’s largest pediatric hospital, Okhmatdyt Children’s Hospital in the capital Kyiv, treats some of Ukraine’s youngest cancer patients. It has already evacuated patients with non-life-threatening conditions, but some patients cannot be moved. And, since the fighting began, injured children have been coming to the hospital for care.

Doctors and nurses there are doing everything to sustain care for their patients, but supplies of necessary medications, as well as food and water, are dwindling.

“If we stop [treatment], they will die,” Lesia Lysytsia, an onco-ophthalmologist at Okhmatdyt, told The Washington Post on Tuesday. “We cannot stop their treatment. They’re at war with cancer every day.”

The children who cannot be moved are receiving limited treatments in those hospital basements, where they can still hear the sounds of shelling and airstrikes. Kyiv Regional Oncology Center ran out of blood bags, but blood counts dropped so low for some children that doctors started doing blood transfusions from parents to the children, Julia Nogovitsyna, the program director of the country’s largest child cancer charity, told NBC News.

[Related: How tech companies are pushing back against Russia]

Okhmatdyt managed to send a few patients with more serious conditions to Poland. Other patients with less serious disease were rushed home and told to take cover there. Okhmatdyt Children’s Hospital’s chief surgeon, Volodymyr Zhovnir, told Reuters that the hospital normally treats six to seven children a day for ailments like appendicitis—common conditions that require treatment. That number has dropped dramatically, but “they could not have vanished,” he said. “They simply cannot come here.”

Britain’s Defense Ministry told the AP that Russian air and artillery strikes have increased in populated urban areas in the past few days—Russian forces have now encircled Mariupol, Kharkiv, and Kherson, in addition to Kyiv.

When military action creates a humanitarian crisis, healthcare workers are placed directly in danger on the front lines. Children suffer the most, wrote the International Society of Pediatric Oncology in a statement on Sunday. The organization is calling for “for the protection of healthcare workers, their patients, and families in accordance with the Geneva Convention and international regulations.”