Oncologists are studying cancer in dogs and cats to help humans

Extrapolating data from cats and dogs could be a shortcut to understanding cancer in humans. 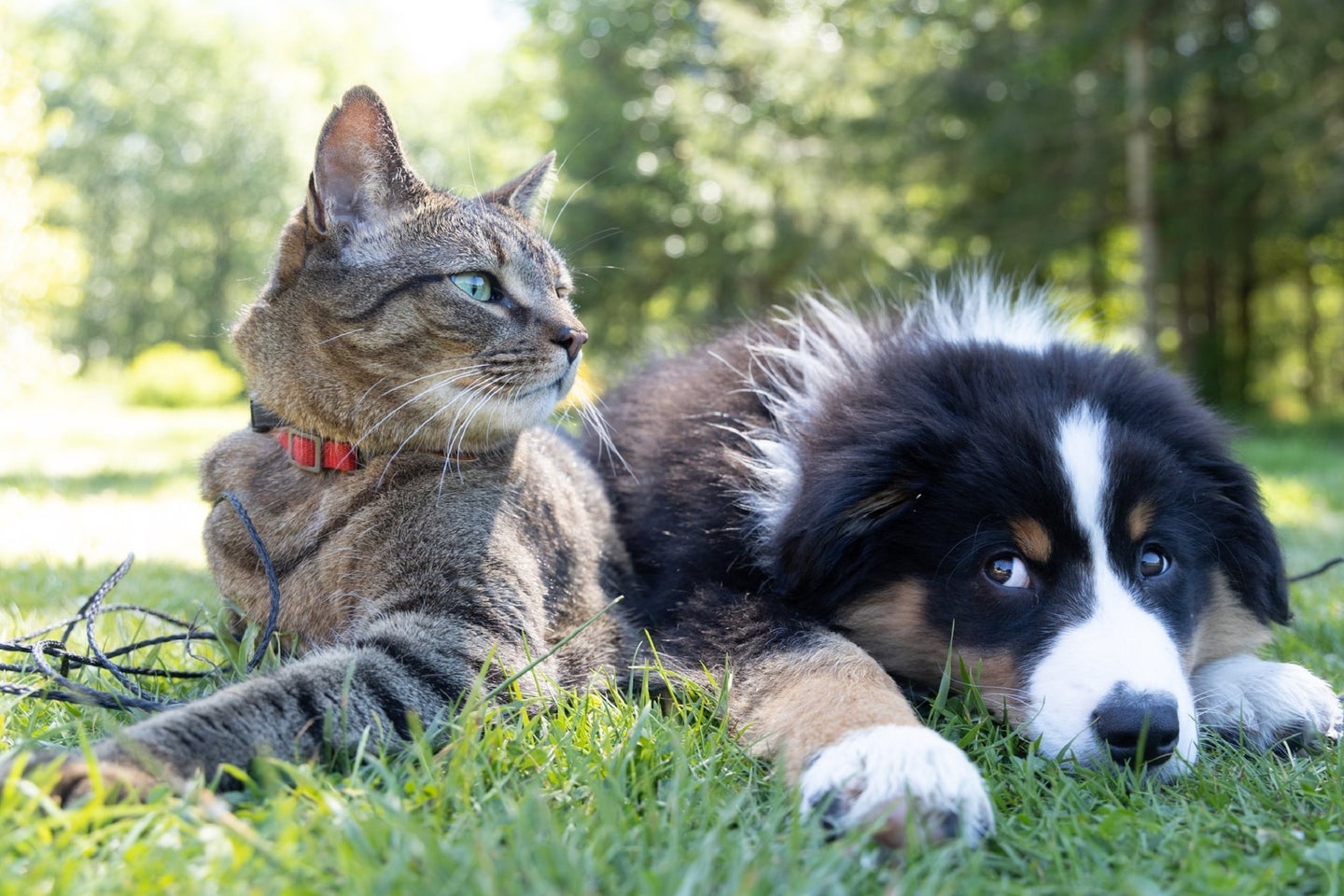 Oncologists and veterinarians are piecing together data sets from feline and canine cancer patients to learn more about the same diseases in people. Andrew S/Unsplash
SHARE

Rodney Lee Page is a professor of Oncology, Colorado State University. This article as originally published at The Conversation.

Stunning advances have happened in medicine since President Richard Nixon declared the “war on cancer” just over a half-century ago.

But that progress is only the beginning. More is expected in the coming years and decades, particularly following President Biden’s recent announcement of a new “cancer moonshot” initiative, coupled with a pledge to “end cancer as we know it.”

One way to help make that happen is through the study of cats and dogs. As a professor of oncology and doctor of veterinary medicine who has been researching cancer in dogs for more than 40 years, I learned long ago that companion animals can teach us an enormous amount about how to prevent and treat cancer in people.

There are many reasons why this is true. Domesticated cats and dogs share approximately 85 percent of the same DNA as humans. And because both have been intimately associated with people for more than 10,000 years, they have become susceptible to some of the same diseases.

Over decades, researchers have accumulated what is now a treasure trove of cancer data on companion animals. This data holds clues—and perhaps, answers—to how and why pets can get cancer, and how to keep it in check or get rid of it.

But because of the remarkable similarities in the biology and habitats of cats, dogs and people, it’s possible researchers can also extract this data on pets and extrapolate it to humans. Therein lies the opportunity to discover biomedical innovations that benefit not only your pet, but you as well.

This approach cuts by decades the amount of time it takes for data to come in. Consider that veterinarians observe and care for cats and dogs as they age and die over a life span of roughly 10 to 15 years. In comparison, gathering similar data from humans over a lifetime takes from 60 to 100 years.

You may wonder if the same information could be gleaned from laboratory animals. After all, scientists have been obtaining important data from them for decades to develop new products. But cancer is induced in lab animals artificially, primarily through surgeries or injections; companion animals “naturally” develop disease, and data from them reflect more realistic estimates when serving as precursors to investigations in humans.

Dogs and cats as canaries in the coal mine

Cancer is a leading cause of death for cats and dogs. As with people, the disease develops over a long period of time, and the same conditions that create cancer in humans also apply to them.

Here are some examples: Scientists have long noted the similarities in mutations and biological changes in dogs and people with melanoma, lymphoma, and lung cancers. A growing segment of veterinarians, human medical doctors and cancer scientists are using these shared characteristics to develop improved therapeutics for pet dogs with cancer. Many researchers believe this will help them develop effective treatments for humans as well.

Studies show that asbestos exposure can lead to mesothelioma, a malignant tumor that forms on the lining of tissues throughout the body in both dogs and humans. Tobacco smoke can cause lung cancer in humans, lymphoma in cats and nasal cancers in dogs. Learning how to lessen toxin exposure in companion animals could speed up the use of similar strategies to keep humans healthy.

Work is underway to make this happen. In one study, researchers strapped silicon sensors to people and their pets to measure their exposure levels to pesticides and herbicides in the home and yard. The exposure levels between humans and their pets were strikingly similar. This study suggests our pets may serve as harbingers of harmful environmental exposures—the so-called canary in the coal mine.

Scientists are now starting to integrate the millions of human and canine datasets now available and compare them across species. The rapid and recent development of genetic sequencing technologies, along with the proliferation of electronic medical records, has also been tremendously helpful.

These factors will greatly accelerate significant insights into cancer risk factors for both companion animals and people. Already, large population studies of dogs have begun, with researchers collecting the animal’s genetic, environmental, lifestyle, and nutritional information.

As previously noted, traditional lab animals don’t always make the best subjects for cancer research. The immune systems of mice and rats, for instance, are not as complex as that of humans; those of dogs and cats are far more like our own.

One example: Researchers combined a blood pressure medication, already generically available for humans and dogs, with a chemotherapeutic agent, also approved by the Food and Drug Administration for humans and dogs. Then they studied the repurposed product on pet dogs with bone cancer. The results were so positive that doctors initiated the same protocol in children with bone cancer. That clinical study is not yet far enough along to draw any conclusions.

But the proposition makes sense. Bone cancer in humans and dogs is genetically indistinguishable. If this approach works, it could cut by years, and with far less cost, the time it takes to develop a pharmaceutical product to treat children with bone cancer.

A rule of thumb: The traditional pipeline for a new cancer drug is at least 10 years at a cost of billions of dollars. But the bone cancer clinical trial on children began within five years—and cost $2 million.

The people-pet connection is more than just the similarity in species. An extensive veterinary medical infrastructure now exists to support cats and dogs during cancer management. An ever-burgeoning technology and an abundance of data that crosses disciplines are there for the taking.

However, gaps still exist in our knowledge, particularly regarding our understanding of the immune system of companion animals. Additionally, the funding available to conduct clinical studies in companion animals is severely limited. Support from the National Institutes of Health, however, has been earmaked to overcome at least some of these obstacles.

When science learns more about how to prevent and treat cancer in our pets, it’s likely that we will minimize the burden of cancer for all species.

Disclosure statement: Rodney Lee Page previously received consulting funding from The Morris Animal Foundation as Principal Investigator of the Golden Retriever Lifetime Study. He has not received funding for 3 years. He is affiliated with The Dog Aging Project, Vaika Inc, and Embark Inc as a volunteer member of the scientific advisory board.