Why Are There Liquid Nitrogen Canisters On NYC Sidewalks? 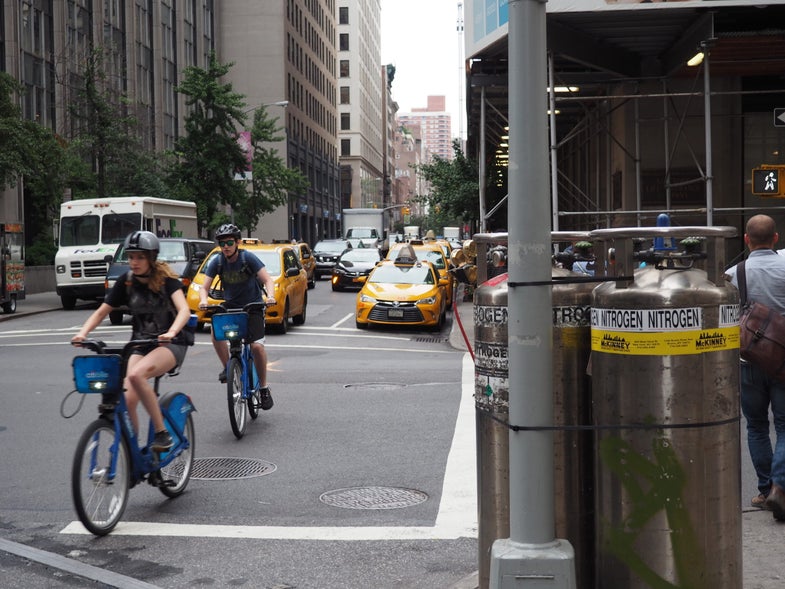 I had sporadically seen mysterious nitrogen canisters on New York City sidewalks, and wondered what they were doing there. Each tank has a hose snaking its way into a manhole, where it presumably dispenses nitrogen under the street. Luckily, Popular Science let me find out as part of my job (booyah). It turns out they’re there to keep copper cables dry so phone and internet services can run smoothly.

Verizon spokesman John Bonomo said the tanks supplement the company’s existing pressurized system to keep its cables dry when repairs are going on or there’s too much steam present. The cables have a protective sheath around them, but sometimes it’s not enough to keep them dry. “But as durable as that is,” Bonomo said, “that gets penetrated by the elements, as well, over time.”

As the liquid nitrogen leaves the canister, it turns into a gas. When nitrogen undergoes this phase change, it expands 175 times. This keeps the cables at a high enough pressure to keep moisture out.

Two tanks at Madison Avenue and East 27th Street in Manhattan have been there for about a year because of steam buildup, said Verizon’s local manager for Manhattan pressure Alex Diachok. The space under Madison and Lexington avenues, especially, is much smaller than other areas under the city, he said, and temperatures can reach 220°F. The tanks are mostly used in Manhattan because of the congestion, temperature and water table of the island, Bonomo said. Dan Mattiace from McKinney Welding Supply, who supplies Verizon’s nitrogen, said liquid nitrogen is the best option for this application because liquid oxygen is combustible, and liquid helium and carbon dioxide are too expensive. 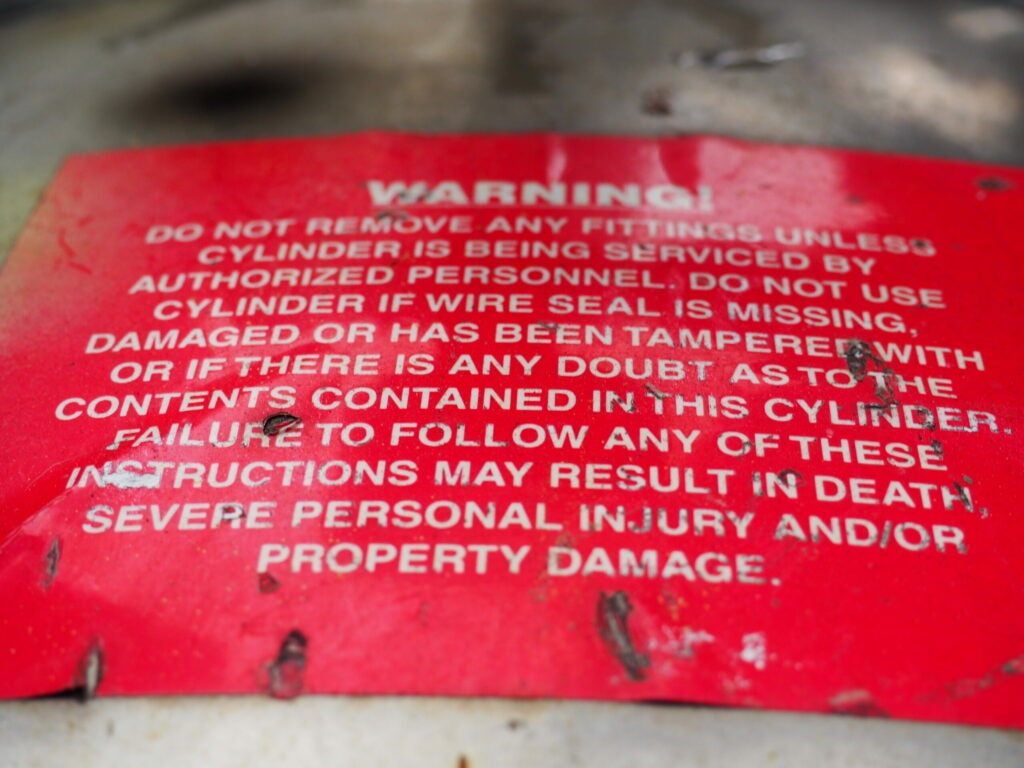 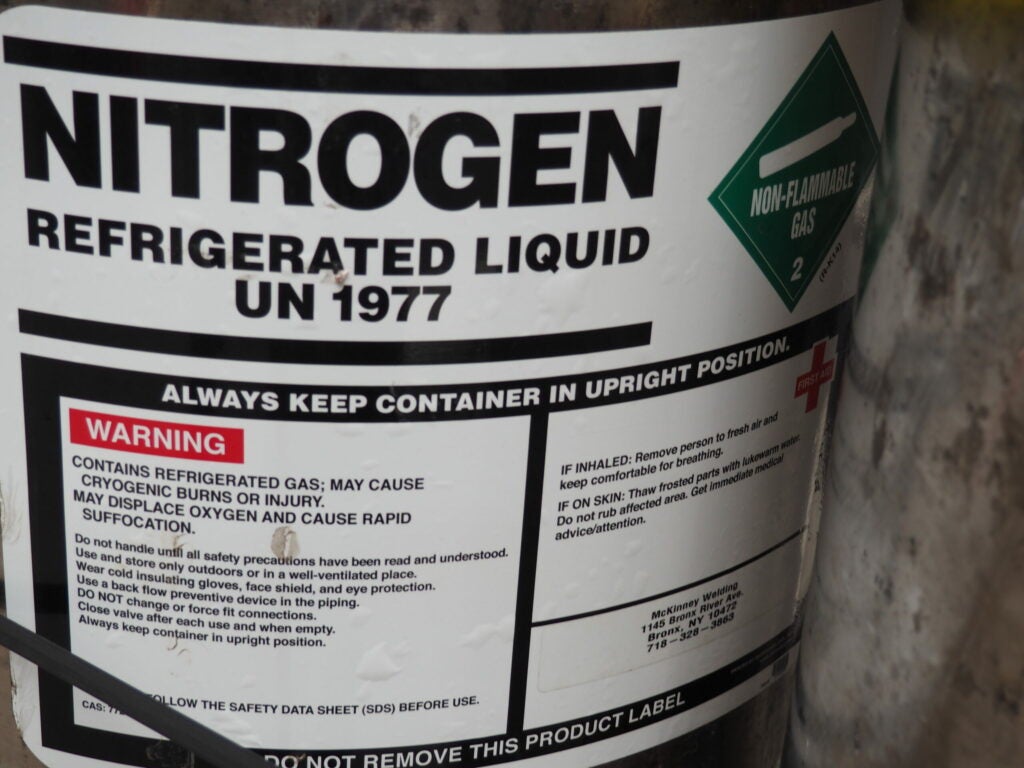 While the warning signs on the tanks may seem alarming, Bonomo said they have never exploded or significantly leaked in the city, but they have tipped over on occasion when a car has backed into them, for instance. The cans are so sturdy that toppling hasn’t caused any leaks, Diachok said, and Verizon technicians are able to simply stand them back up. Sometimes the tanks need to release pressure by shooting a plume of nitrogen above the tank. It looks like snow because the nitrogen cools the water molecules in the air so quickly that they freeze. Verizon area manager for insulation and maintenance Patrick Johnson said this is just a normal function of the canisters and is nothing to worry about. Verizon technicians check each canister every night to make sure they’re functioning properly, Diachok said.

“We’ve done a lot of work to get these off the street,” Johnson said. “It’s a big expense. This is not our business.” Just refilling the tank costs about $100, Diachok said, which they have to do every day to every three days. Right now in the city, Verizon has 54 tanks at 28 sites, and that number goes up in the winter when there’s more steam underground since it’s used to heat the buildings.

Verizon’s copper cables mostly send phone calls, but also transmit fire and security alarms and still carry some internet via DSL, too. As Verizon transitions its network from copper cables to fiber, the nitrogen canisters will go away, since fiber-optic cables are impervious to water.