Cyberbullies Can’t Be Stopped. But They Could Be Quarantined.

Tracking when bullying happens on the Internet 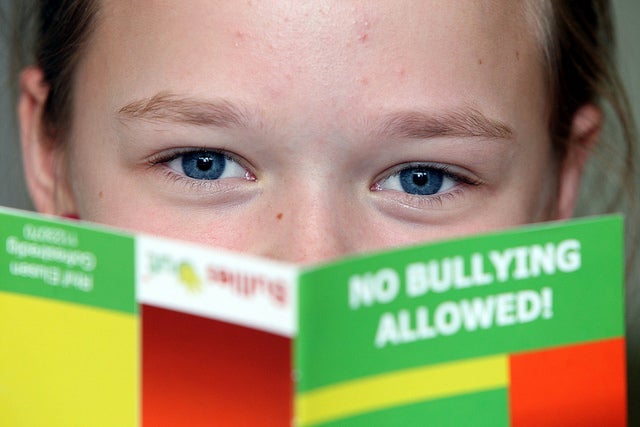 In March, a new blog called the Vancouver Taddler popped up on Tumblr. Reportedly inspired by TV’s Gossip Girl, it was billed as a tool for teens to exact revenge on one another. The blogger posted pictures of teens defaced with scribbled genitals, gossip about drug use and sexual exploits, and even private text messages. Within a week, local authorities identified the culprit, and the blog was taken down. But the damage to reputations and psyches has undoubtedly remained. The incident, and others like it, prompts a question that’s now all too common: What can stop cyberbullying?

Bullying is a growing threat on the Web, particularly as social media and online gaming continue to grow. Take, for example, Facebook. According to a survey conducted by anti-bullying charity Ditch the Label, bullying is twice as likely to happen on Facebook than on any other site. To help curb the problem, Facebook rolled out a Bullying Prevention Hub last November. There, users can learn how to deal with, report, and block bullies. Once alerted to a problem, Facebook administrators might take down offending posts and warn or even remove offenders. Reddit, Instagram, Twitter, and others have similar reporting systems in place.

Most anti-bullying tactics have a fundamental flaw: they can’t stop attacks before they happen.

Those tactics are better than nothing, but they still have a fundamental flaw: They can’t stop attacks before they happen. This spring, Microsoft took a step in that direction by introducing a reputation-tracking system in the Xbox Live community. Multiplayer online games, such as Call of Duty and League of Legends, are home to more than one-quarter of all reported bullying incidents, according to one survey. In Microsoft’s system, an algorithm monitors how frequently a player is muted or blocked and assigns him a color—green indicates a “good player,” yellow marks one that “needs work,” and red shows ones to avoid. Jerks risk losing privileges, such as the ability to broadcast gameplay, and they’ll have a harder time finding people to play with in the future.

For creeps, the system creates a self-fulfilling prophecy. As their reputation worsens, they’ll theoretically match with fewer and fewer good-natured gamers. Other ranking systems, such as the karma ratings assigned to Redditors, merely suggest whether someone’s posts are worth reading; reputation tracking, by comparison, might actually cordon off people not worth your time.

That said, reputation tracking isn’t a silver bullet, warns Sameer Hinduja, co-director of the Cyberbullying Research Center. If companies wish to punish bad behavior or reward good, he says, the incentives would need to be substantial. And beyond gaming, incentives are hard to come by—there are no bonus levels or new characters to earn. What’s more, bullies probably won’t care if they lose touch with a part of the community. In fact, Hinduja suggests, jerks are just as happy to hang out with other jerks—they may even egg each other on. Still, if the rest of us can work, play, and share in peace, with the creeps out of sight, that’s certainly a good start.