By aggregating what your friends think about sports 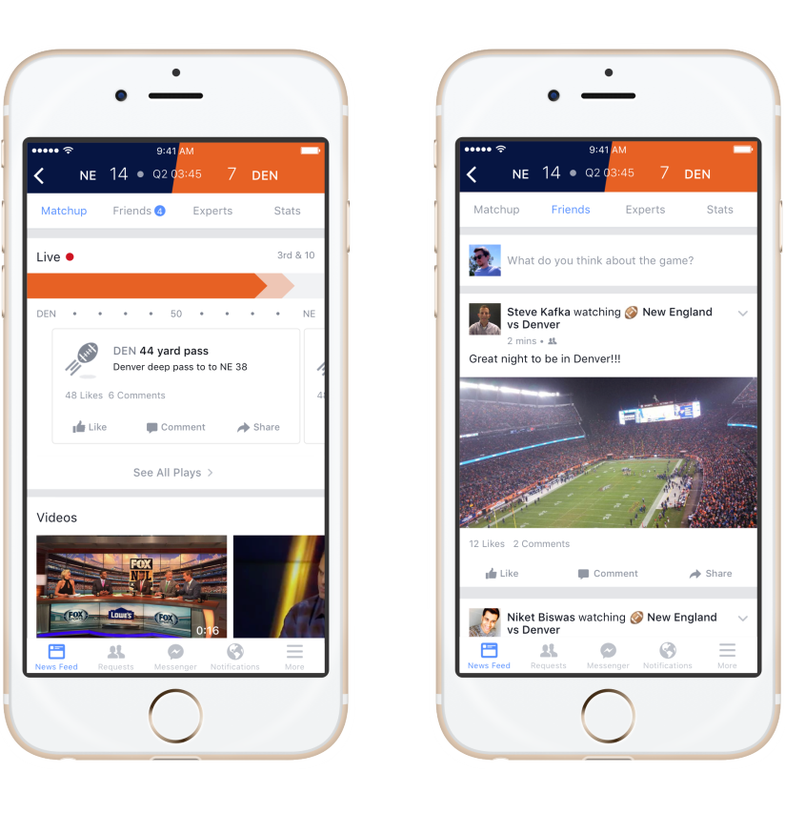 Facebook is the place for friends, family, and strangers to collectively post strong opinions — including many opinions about sports. That’s why Facebook is launching a new service today called “Sports Stadium,” an addition to your News Feed that organizes information about specific sports games in a tidy little secondary feed.

Much like its increasing focus on news and current events (in the form of its “Notify” app and “Signal” tool for journalists), Facebook’s leaders have decided to make it easier to engage in sports conversation on the site, as well as find and track sports updates.

Sports Stadium will bring live stats, scores, and play-by-plays, as well as posts from friends and journalists into one place. That said, it’s unclear exactly how all this curation will be implemented.

True to Facebook form, you’ll be able to comment on everything, including individual plays. Sports Stadium is divided into four sections: Matchup, Friends, Experts, and Stats. All are self-explanatory and simply labelled.

However, this addition to Facebook isn’t meant to replace watching the game on TV. Steve Kafka, a Facebook product manager, writes in an official Facebook blog post that this is a “second-screen experience.” That means the app will point users towards live TV, and other legal methods of viewing the big game.

This is all a part of Facebook’s eventual goal to be a second screen for your entire life. A more “connected world,” which is part of Facebook’s official mission statement, increasingly means that users live their lives inundated with updates from the world that’s just outside physical reach.

Notify, Facebook’s news notification app, acts as a constant barrage of information reliable sources while your Facebook feed chugs along as a place for viral videos from Facebook personalities and dodgy news sites, lovingly curated by your friends and Facebook’s omnipresent algorithm.

Facebook is also taking on Twitter in its ability create forums for people to react in real-time to events. By segmenting the experience with Sports Stadium and other separate apps, Facebook is building a focused microcosm of itself that is intended to amplify all of Facebook’s best qualities. These including commenting, sharing, and its large community. The hope is also clearly to diminish the worst aspects of Facebook proper, like its slow uptake on trending news, and its unfocused News Feed, which often includes a mish-mash of unrelated posts about various topics.

Sports Stadium is live for American football today (although there are no games until Sunday) for the iPhone in the US, and will roll out to basketball and soccer among other sports “soon.” You can access the feature by searching for Sports Stadium in the main Facebook app.