You Can Now Crowdsource Your Medical Diagnoses, But Should You?

The hive mind is no substitute for a doctor 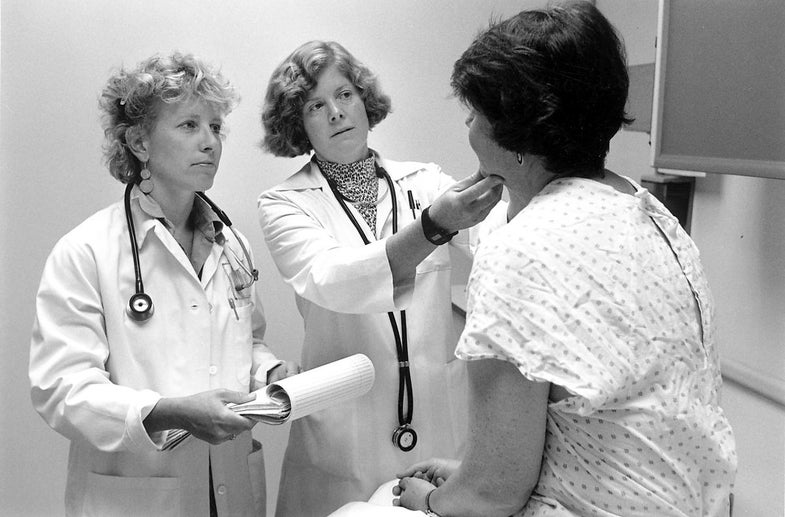 In 2003, Carly Heyman fell ill with some bizarre symptoms. She was depressed, gained 50 pounds, would sleep all day but would wake up with a start from horrible nightmares and suicidal thoughts. Her parents took her to doctor after doctor, who would only treat the symptoms but couldn’t identify the cause of her illness. After several years of this, a doctor finally diagnosed her with the rare genetic disorder Fragile X syndrome—all it took was a simple hormone patch to alleviate her symptoms.

Inspired by Carly’s story and others like it, her brother Jared Heyman founded CrowdMed, a crowdsourcing platform in which people with mysterious medical conditions can tap into the power of the Internet to help them find a likely diagnosis. And while this provides people who are ill and frustrated with opinions other than those of their specialists, crowdsourced diagnoses are far from foolproof, or even professional. 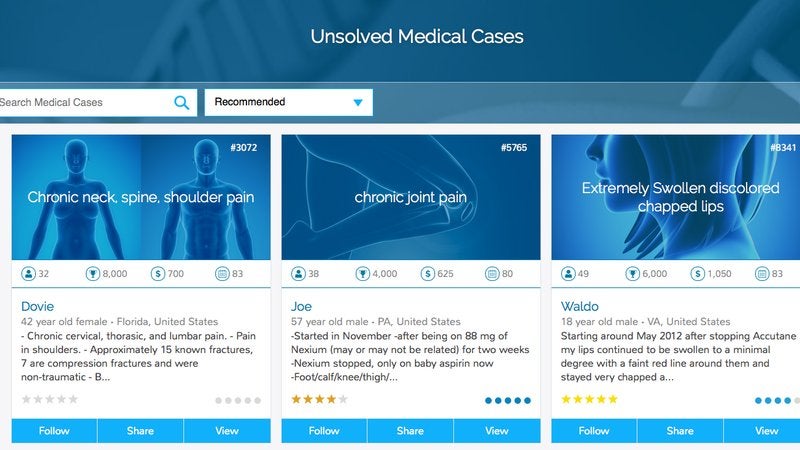 Here’s how it works: A patient like Carly pays $50 to create an anonymous patient account in which she fills out a medical questionnaire about her symptoms and medical history (a basic package costs $99 per month). Then her information is posted on the web site, and “medical detectives” can proffer a diagnosis. After about two to three months, the patient receives a report with the best suggestions.

The “medical detectives” are mostly physicians, but there are a number of them with no medical background who are interested in helping. These participants are ranked based on the number of diagnoses they get right (rather, the diagnosis that the patient deems correct after consulting with his physician), as well as rankings from their peers on the site. People who get the diagnosis “right” share a cash reward.

On the one hand, a platform like CrowdMed makes sense—there are thousands of rare diseases, and it’s extremely difficult for one doctor (or even a team of doctors) to parse out which symptoms are caused by which obscure diseases in order to treat them. On the other hand, asking for medical advice from a gaggle of uncredentialed Internet busybodies seems risky. And while founder Heyman tells Smithsonian, “Our patients understand that your suggestions do no constitute medical advice and only their doctor can provide a definitive diagnosis and treatment plan,” it’s easy to see how a patient might just forget that and show up to his doctor claiming to have found the definite answer to his medical maladies instead of merely a suggestion.

In the two years it’s been operational, the site claims to have helped solve hundreds of medical cases from all over the world. If these patients really did finally get the diagnosis they had needed, that’s a testament to the power of online crowdsourcing to let the best answers reach the top of the pile. But if you’re a medical mystery who is considering submitting your information to CrowdMed, remember to take your results with a big grain of salt, even when you bring them to your doctor.

Correction (7/10/2015, 1200 p.m. ET): The original story misstated how long a patient typically waits to receive results from CrowdMed. It should be 2-3 and has been corrected. Our bad!