Soon everything will have internet 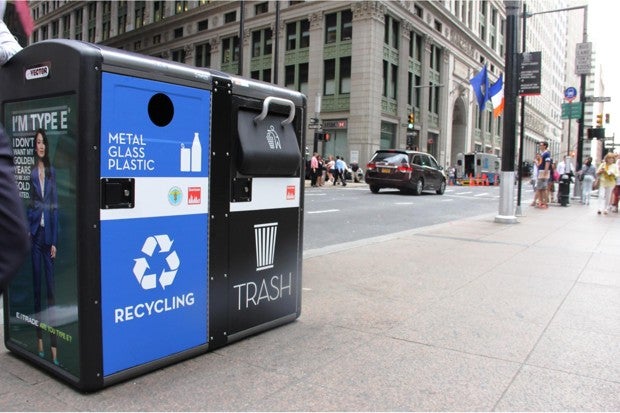 These smart trash cans are solar powered, can detect how full and smelly they are, and will soon offer Wi-Fi. Bigbelly
SHARE

Waste management company Bigbelly equipped two of its smart bins with wireless internet in downtown Manhattan last winter, providing 50 to 75 megabits per second. That’s fast enough to download an HD movie in nine minutes, or upload 200 photos in about 27 seconds.

The company now wants to turn more of its several hundred garbage and recycling bins in New York City into Wi-Fi hotspots. Bigbelly is applying for a grant from the Mayor’s Office to install the Wi-Fi garbage cans in underserved neighborhoods. The company also plans to conduct more pilot tests this year, and fully deploy units in the fall if they get Board approval. Other North American cities will soon have their own wireless trash cans, too.

Bigbelly’s bins were already pretty smart — they’re solar powered, have sensors to detect how full and smelly they are, notify trash collectors when it’s time to empty them, and some can automatically compact the trash when they’re getting too full. Adding Wi-Fi to garbage cans on the street level means wireless signals aren’t blocked by skyscrapers, either.

New York City payphones are also being replaced with Wi-Fi enabled “Links,” which offer free charging stations, free domestic calls, and a tablet with city info. The first Links will go live by the end of this year, and eventually 10,000 of them will be installed across the five boroughs — thousands of which will offer free Wi-Fi. 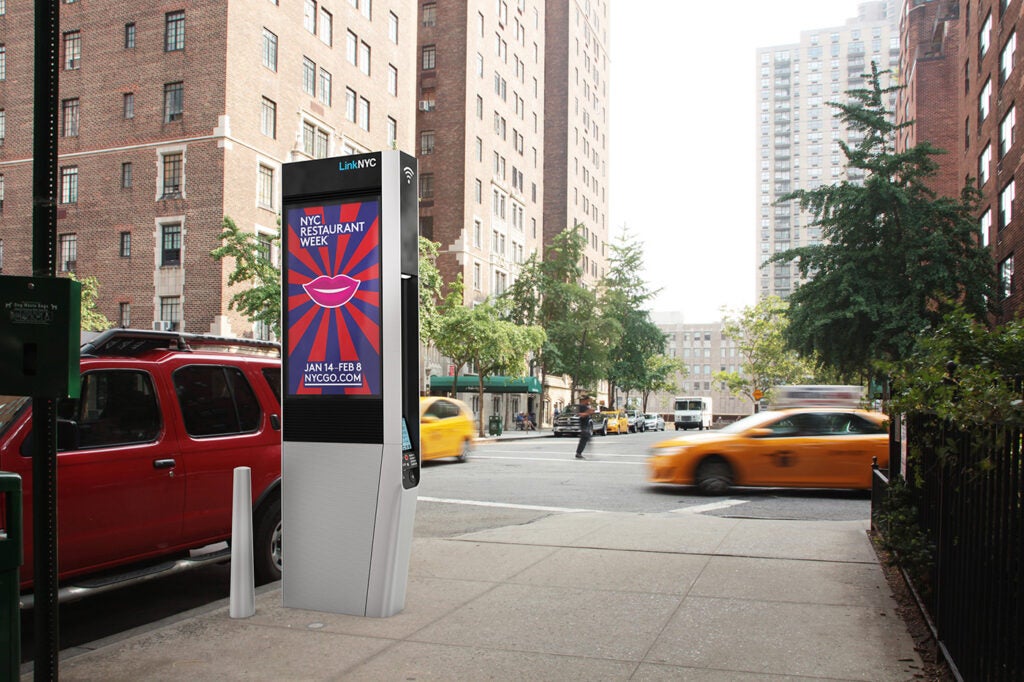 The payphone of the future.

How are all these services free? Both the payphones and garbage cans will display advertising, of course. CityBridge, the consortium managing the Links, estimates ad revenue will net the city $500 million in the first 12 years. By then, you’ll probably never have to go anywhere that doesn’t have Wi-Fi.