Sinus infections can get to your brain—but don’t panic

Traveling through the blood-brain barrier is difficult. 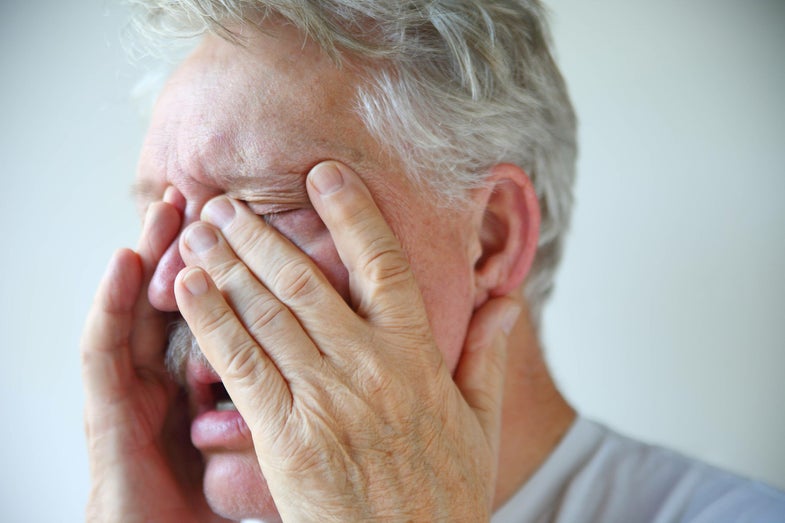 When I was a little kid and I had a potential sinus infection, my mom (a hypochondriac, though she’ll deny it) would always warn: Watch it, that infection might go to your brain!

It was a useful strategy to get me to go to the doctor. But is it really true? Can a sinus infection actually travel to your noggin?

It does turn out that my mom wasn’t totally off base: The infectious bacteria that infiltrate our sinuses can—VERY RARELY—make its way to the brain. One of these rare occurrences recently made the news: A 13-year-old boy from Michigan died after a persistent sinus infection made its way to the blood vessels inside his brain. Despite emergency surgery to control the infection, he died a few days after being admitted to hospital.

The news is tragic and incredibly scary. But the reason it made the news in the first place is because this was a very unusual case. Consider these statistics: Acute sinusitis, the medical term for a temporary infection of the sinuses, is a type of upper respiratory infection that also includes a stuffed up and inflammed nose, ears, or throat. These ailments are common; a given child in the U.S. will get about five of them every year. More than half of those will come from viruses.

Those infections don’t always reach the sinuses. In fact, sinusitis is considered a complication of a typical viral respiratory illness. Even once a viral infection is in the sinuses, it usually clears up on its own. Here’s where it has the potential to become dangerous: The viral illness inflames and weakens the upper respiratory tract and weakens the immune system. This combo provides the ideal environment for bacteria to come in and take over. But sinus infections caused by bacteria (rather than viruses) only happen in 5 to 8 percent of children with upper respiratory infections and in just 0.5 to 3 percent of adults.

Once you’ve made it into that unlucky group, it’s likely been some time since you got sick; far longer than a typical “head cold” lasts (around five to seven days). At that point the infection is probably causing some severe symptoms. But most doctors follow a watchful approach. Prescribing antibiotics is not usually useful until around the two week period, when bacteria have taken over. At that point, a course of antibiotics usually does the trick.

Okay, now onto the brain. The human body makes a lot of effort to protect the brain from invading pathogens. One of those is something called the blood-brain barrier, which is a semipermeable membrane that allows only select fluids and nutrients to pass through. But, on rare occasion, bacteria can enter as well. Because the sinuses are so close to the brain, on rare occasions an infection there can creep its way through the barrier. The most common of these rare complications is something called subdural empyema, in which pus (a big viscous mass of white blood cells) collects in the space between the outermost membrane of the brain (the dura mater) and the fine middle membrane known as the arachnoid. Once there, the infection can lead to swelling of the brain, seizures, altered mental state, and vomiting.

So, yes, an sinus infection can (rarely) go to your brain, but here’s the thing: It almost never comes out of nowhere, and it always causes symptoms—like an extremely severe headache. If you have an upper respiratory infection that has lasted way longer than it should (more than two weeks) or you have a severe headache or swelling in your face, you should head straight to the ER.

Unfortunately, the Michigan teen in this latest case did visit an urgent care facility, but no one recognized his condition until it had become too severe. The likelihood of succumbing to such an infection is low, but this news is an important reminder that doctors and patients alike should pay close attention to the symptoms of a prolonged infection. Demanding antibiotics a few days into a cold or flu is a big mistake, but so is ignoring painful sinus congestion that lasts for weeks at a time.