The Carolina Reaper gets everyone in the end. 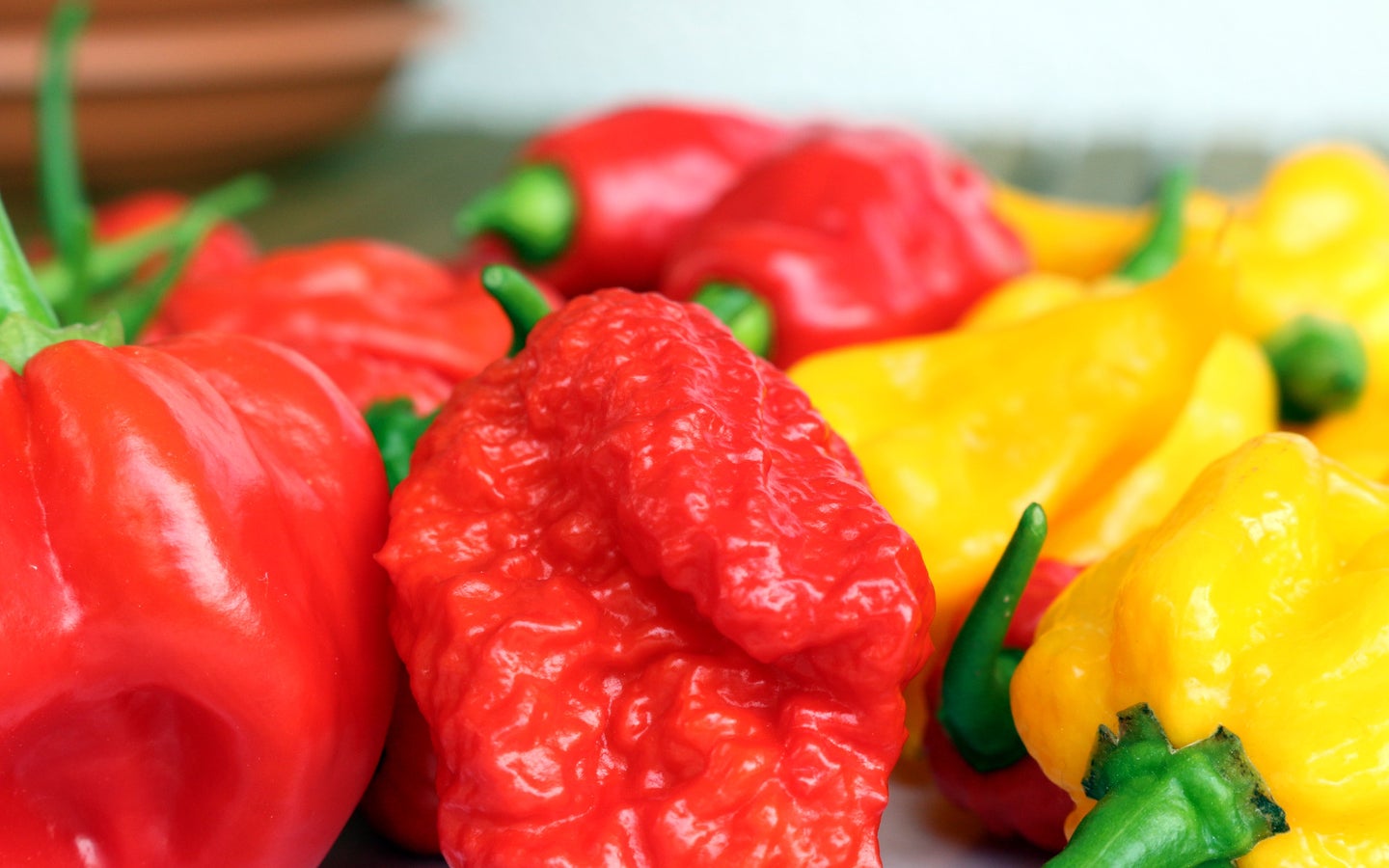 Sometimes our bodies get confused. You know the feeling: You’re just trying to compete in a pepper-eating contest and your poor stomach thinks you’ve maybe swallowed a whole fire. It’s trying to save you, so you throw up and sweat and your vision goes blurry. Or, if you’re the unnamed 34-year-old man in the latest issue of BMJ Case Reports, you get so-called thunderclap headaches and dry heaving.

The case study is possibly the first ever to link the oh-lord-is-my-head-going-to-explode kind of pain known as a thunderclap headache to eating a pepper. This man apparently ate a Carolina Reaper—the hottest chili in the world at 2.2 million Scoville units—then developed intense pain in his neck, at the back of his head, and behind the eyes. He also dry heaved. That’s all probably to be expected when you enter a pepper-eating contest, but what’s unexpected is for that pain to come on suddenly several times in the next few days. He experienced a bout of what doctors call thunderclap headaches; they come on suddenly, causing excruciating pain that peaks within a minute or so. They basically make you feel like you’re dying, and sometimes they’re an indicator that you are.

His headaches were so agonizing that he went to the emergency room—and honestly, wouldn’t we all? This is the kind of pain that actually could be a sign of a serious problem with your brain. The physicians writing in BMJ Case Reports note that they had to rule out an aneurysm before making the spicy diagnosis.

It turns out the pain likely came from intense constriction of the blood vessels in his brain, a condition called reversible cerebral vasoconstriction syndrome. Most people get RCVS from certain prescription meds, but they sometimes stem from illicit drug use (since many of them cause changes to the blood vessels), and the syndrome can occasionally occur during pregnancy. But no one had ever managed to reproduce the effect by participating in a pepper eating contest—until now.

This is not to say that it’s totally wild for a chili pepper to cause such extreme symptoms. The compound called capsaicin in peppers—the substance that makes them taste hot—works by, well, convincing your body that it’s hot. Capsaicin binds to receptors called TRPV1 on some of your sensory neurons. These are the same neurons that register physical heat; they’d prompt you to feel pain if you did something dumb like sticking your hand in a fire. Your body doesn’t differentiate between stupidly putting your hand in a hot place and stupidly putting a deliriously hot pepper into your face—it’s exactly the same sensation. This is why you sweat if you eat a lot of spicy food: your body thinks it’s hot, so it starts trying to cool you down.

Capsaicin can also make you vomit or have diarrhea, depending on how far the pepper gets in your digestive tract. Your small intestine—which also has the sensors to pick up on capsaicin’s presence—rightfully thinks that this bomb of spice is dangerous, and so it tries to move it along as quickly as possible. That sometimes involves painful cramps and increased mucosal production (i.e. diarrhea). Alas, the anus contains capsaicin receptors as well. A hot pepper is truly with you until the bitter end.

Many other people have reported a wide range of deeply unpleasant symptoms following pepper consumption, none of which seem worth it just to say you’ve eaten a super-hot pepper. One writer for Bon Appetit ate three Carolina Reapers in 21.85 seconds and spent the next 14 hours in agony as his digestive system enacted its vengence. Another reporter, this time from a British newspaper, ate a burger with sauce hotter than pepper spray and promptly lost the feeling in his hands, had severe stomach pain, and started hyperventilating. Then he went to the hospital.

Eat Carolina Reapers at your own risk, people.

It seems that the unfortunate man in the BMJ case study got lucky. The capsaicin somehow caused his blood vessels to spasm, which made his headaches crop up repeatedly over the course of a few days, but then they died down. The authors note that there was one other case study in which a 25-year-old male got vasospasms in his heart (prompting a heart attack) after taking cayenne pepper pills, so it seems capsaicin can indeed have aftershocks. The sudden changes our 34-year-old was experiencing in his blood vessels were causing the pain, but once the pepper had been fully flushed from his system he was fine.

Despite this man’s survival, our best advice should you ever be challenged to eat a Carolina Reaper is to not do it. Or do—who are we to judge your masochism? If you’re into that kind of thing, at least have a jug of milk or carton of yogurt nearby. Dairy products contain casein, which is able to bind to those same TRPV1 receptors and thereby block some of the effects of capsaicin. Plus it can wash the spice away. Capsaicin isn’t water-soluble, so rinsing your mouth and hands with water won’t help. You need fats, like the ones in milk, to flush away the pain. Pair that pepper with a dollop of sour cream and you’ll feel a lot better.

And you can at least rest assured that you’re unlikely to die from eating a chili—you may just feel like you want to.