For the first time, researchers have made a drug that can cross this barrier. Just how big a deal is that? 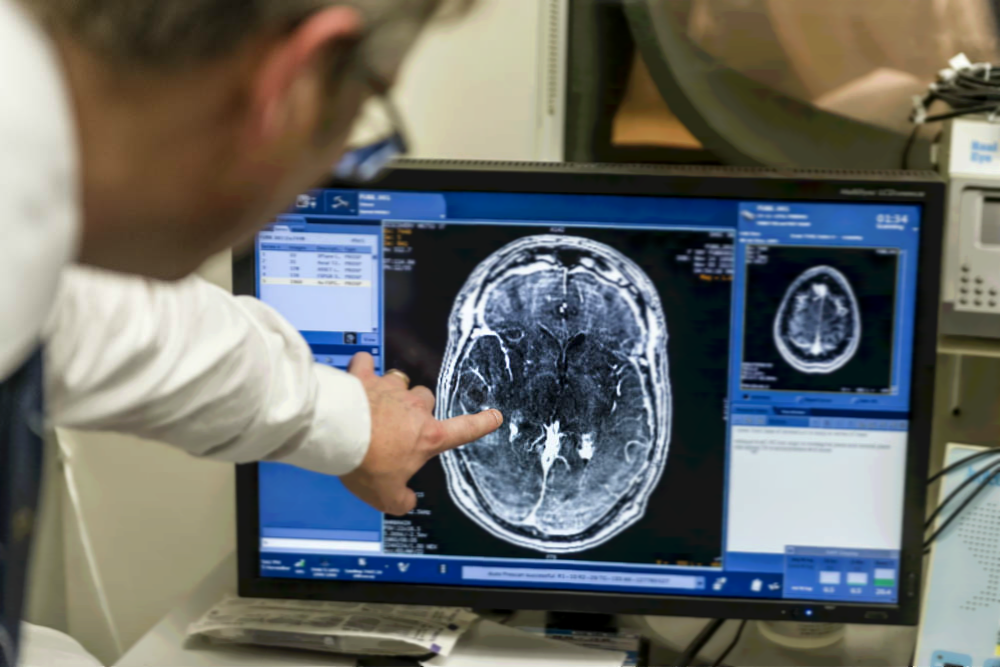 Last week, a team of Canadian doctors tried an experimental new procedure on a patient in dire straits. Bonny Hall has a brain tumor that she had been managing for years with medication, but it was growing. Her doctors decided to try a new technique in which powerful anti-cancer drugs could burst through the blood-brain barrier and attack the tumor—the first time such a procedure has been done in a human, though researchers have been trying to do it for years. Just how big a deal is this, and why hasn’t it happened before?

The blood-brain barrier is made of a thin layer of cells tightly fitted together around blood vessels in the brain. The cells separate the blood in the rest of your body from the blood in your brain. While the rest of your body has frequent fluctuations of chemicals like hormones or potassium, the delicate cells in your brain might be thrown out of whack by these drastic variations. This barrier also ensures that pathogens that might be in your blood don’t make it to the brain. The brain needs special microenvironments to function properly and stably, so the blood-brain barrier in healthy adults is nearly impenetrable, though a number of neurological diseases such as Alzheimer’s and Parkinson’s or stroke have been connected to disruptions in it.

While this barrier’s impenetrable quality is good for regular function, it’s a real pain when doctors are trying to treat diseases. About 95 percent of drugs administered through typical means (pill, injections, enemas, patches) don’t have any function in the brain. So doctors have been looking for ways to penetrate it so that medications can treat the brain without permanently damaging the barrier, which would leave the brain vulnerable to infection or chemical imbalance. The researchers have had a couple of leads—they found that certain tiny molecules, such as alcohol and nicotine, can penetrate the barrier, so they thought maybe they can just make drug molecules small enough. Others found that different drug delivery mechanism—enzymes, or ultrasound, or nanoparticles—might make the barrier passable.

So far, scientists have been limited to testing these methods on animal models. And though lots of progress has been made in the past five years, some researchers suggestion that the research hasn’t progressed further due to a lack of interest from pharmaceutical companies, as well as an aversion to trying risky procedures on humans.

Now, the researchers from Sunnybrook Health Sciences Centre in Toronto have tried it on a human being. To do the procedure, the researchers administered chemotherapy drugs intravenously, along with tiny air bubbles. Using targeted ultrasound, the researchers were able to compress and expand some of the bubbles once they flowed into blood vessels in the brain. The vibrations were just enough to loosen the junctures between the cells lining the blood vessels, enabling the drug to penetrate through the barrier and into the brain tumor.

Based on initial brain scans, it seems that the procedure was successful in reversibly opening the blood brain barrier, though the researchers don’t yet know how much of the chemotherapy drug reached its intended target. The researchers are paying close attention to Hall’s status and side effects; as part of this initial trial, they intend to test the procedure on several more patients like her. Much more research needs to be done, they admit. But the ability to safely send drugs directly to certain parts of the brain could lead to more effective treatments for conditions such as epilepsy, Alzheimer’s, and beyond.