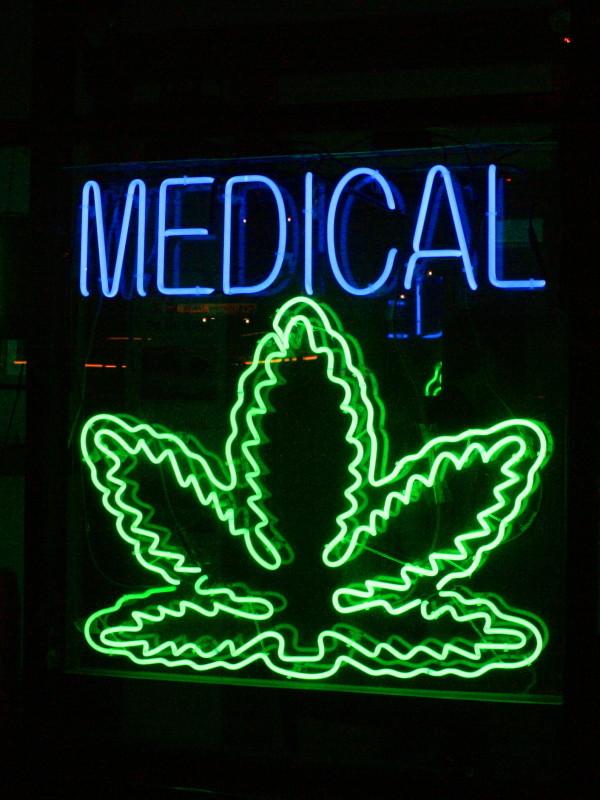 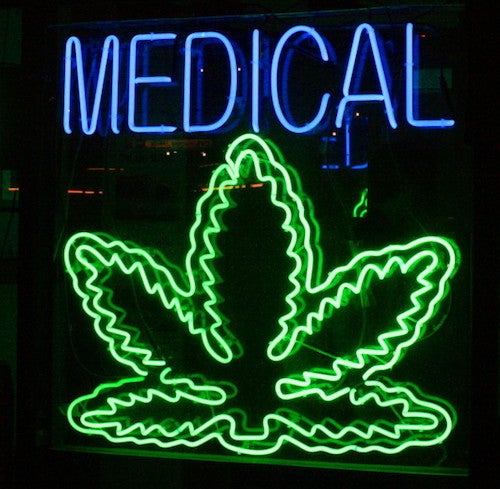 In a new study out from the Salk Institute, researchers found that THC helped relieve the plaque buildup and inflammation on the lab-grown neurons.

Alzheimer’s disease may now be added to a list of diseases with promising treatment from cannabis compounds, a new study from the Salk Institute says.

While there has been research and trials to use compounds to treat chronic pain, cancers, epilepsy, and other diseases and illnesses, this laboratory study is the first of its kind to test tetrahydrocannabinol (THC), a main component in marijuana, against the plaque buildup of the brain associated with Alzheimer’s disease.

The researchers took human neurons that they grew in a lab and altered them so that they created the plaque buildup (comprised of proteins such as beta-amyloid). The researchers then subjected the neurons to amounts of THC and other marijuana compounds.

What they found was that not only did the THC cause a breakdown of the protein buildup, but a reduction in inflammation in the cells. ​Inflammation is bad because it makes it harder for your neurons to communicate with one another correctly.

“Although other studies have offered evidence that cannabinoids might be neuroprotective against the symptoms of Alzheimer’s, we believe our study is the first to demonstrate that cannabinoids affect both inflammation and amyloid beta accumulation in nerve cells,” says Salk Professor David Schubert, the senior author of the paper said in a statement. 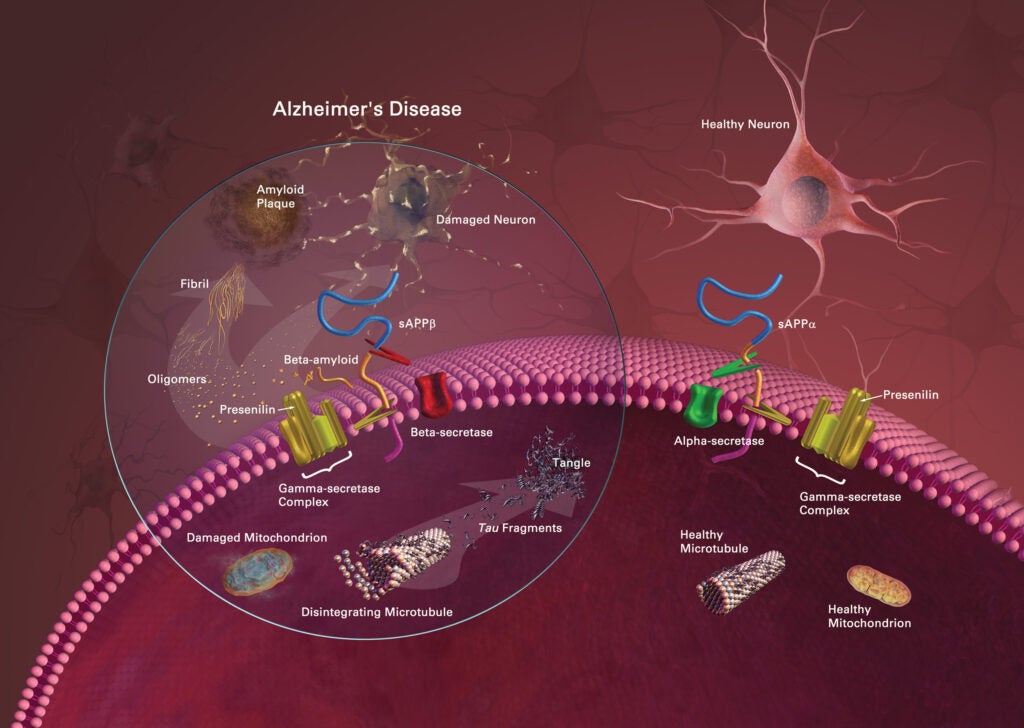 In this new study, researchers found that THC reduced beta-amyloid build up and inflammation associated with Alzheimer’s neurons (left).

This study is also novel because the research also provides a stronger link between protein buildup and the inflammation of the neurons. Some past hypotheses had thought that other immune-like cells had been inflamed, and not the neurons themselves.

The researchers believe that the THC was able to reduce the protein buildup and inflammation by working in the brain’s endocannabinoid receptors, which are naturally occurring in the body. Scientists had already known that exercise engages these receptors, and physical activity can slow the progression of Alzheimer’s disease.

Schubert and his fellow researchers had found in a previous study that the endocannabinoid receptors were involved with the removal of protein buildup and inflammation when testing a new drug. The researchers then decided to investigate the relationship with THC and Alzheimer’s plaque.

Much more study must be conducted before a causal link can be suggested between THC and beta amyloid, the researchers say, including human clinical trials. These exploratory laboratory models are just the beginning. 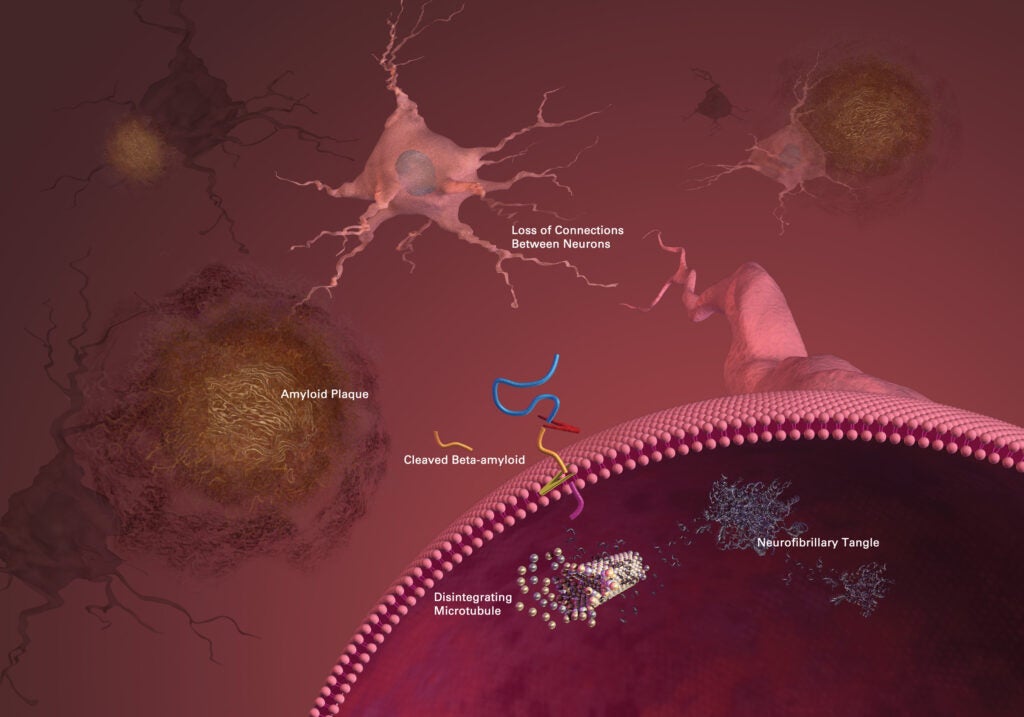 Beta-amyloid, part of the plaque buildup on the brain found in Alzheimer’s disease, may also cause inflammation on the neurons, and not necessarily just on immune-like cells.
beta amyloid
cannabis
forensic science
medical marijuana
neurons