If you love staying up late and sleeping in, doing otherwise might actually hurt your health

Here’s one more way our modern sleep schedules might be killing us. 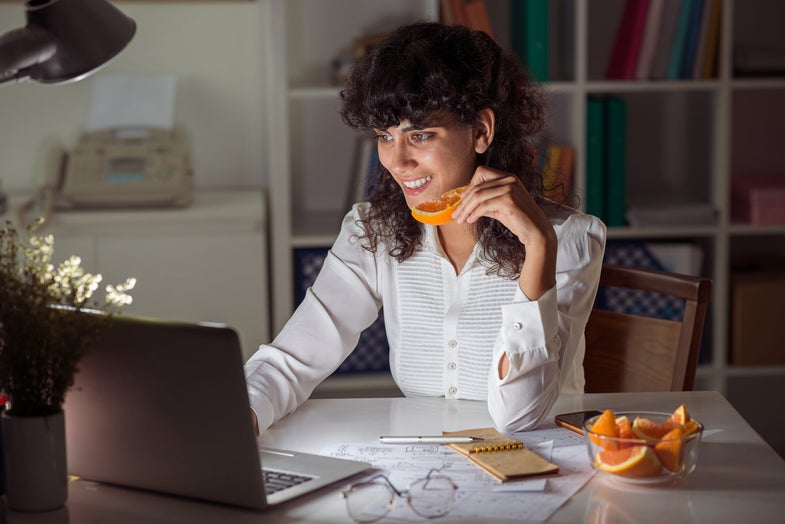 Some of us just thrive after dark. DepositPhotos
SHARE

Night owls might get a rap for staying up too late watching Netflix or getting lost in meme spirals on the web, but it’s not all fun and games. Study after study shows the later you sleep and rise, the more likely you are to develop some serious health complications.

A new paper by researchers from Northwestern University and the University of Surrey in the UK doubles down on the findings that night owls are more likely to suffer from a host of different diseases and disorders—diabetes, mental illnesses, neurological problems, gastrointestinal issues, and heart disease, to name a few. It also concludes, for the first time, that night owls had a 10 percent increased risk of dying (in the time period used in the study) compared to those who are early to rise and early to sleep (a.k.a. larks).

“I think it’s really important to get this message out to people who are night owls,” says lead author Kristen Knutson, an associate professor of neurology at Northwestern’s Feinberg School of Medicine. “There may be some compelling consequences associated with these habits, and they might need to be more vigilant in maintaining a healthier lifestyle.”

The researchers found that about 10,000 subjects died in the six-and-a-half years that followed the end of the Biobank study, and the ones who were “definite evening types” had a 10 percent increased risk of perishing compared to “definite morning types.” This number, the researchers say, was found after controlling for age, gender, ethnicity, and prior health problems.

That sounds scary, sure—but there are a few limitations worth considering. For one, says Knutson, “we weren’t able to pinpoint and find out why night owls were more likely to die sooner,” so the direct cause of mortality is unknown, creating some murkiness as to what extent night owl lifestyles influenced those deaths.

“We think,” says Knutson, “it is at least partly due to our biological clocks. We think the problem is that the night owls are forced to live in a more ‘lark’ world, where you have to get up early for work and start the day than their internal clocks want to. So it’s a mismatch between the internal clock and the external world, and it’s a problem in the long run.”

The mismatch Knutson is referring to has to do with circadian rhythms, the biological processes that govern the body over the course of the 24-hour day. Circadian rhythms determine sleep patterns, energy levels, hormones, and body temperature—basically all the most important things. “There are ideal or optimal times for certain things to occur,” says Knutson. Messing with your preferred sleep schedule can drastically disrupt your circadian rhythms, which in turn can have severe, negative effects on your health. We’re all feeling the effects of this, to some extent, no matter when we like to go to sleep; research indicates that modern humans are sleeping poorly thanks to artificial light, warmer temperatures, and stress, and scientists are working to understand what kind of impact this has on our health. Studies on extreme cases—shift workers and people like ER doctors and firefighters who regularly stay up all night—suggest the downsides can be quite dire.

Unfortunately, the Biobank data only indicated whether someone identified as a morning or evening person, not whether they had a sleep schedule that suited their chronotype. “We know what their preferred time to sleep is, but we have no idea what they were actually doing on a day-to-day basis,” says Knutson. That’s a question she hopes to address in subsequent studies.

Moreover, the data is limited to just British participants, most of whom were caucasians of Irish or English descent. It’s likely the results would be similar for other populations in the Western world, but they could also be substantially different for night owls elsewhere.

To some extent, you’re stuck with the chronotype you’re born with. Genes play a significant role in governing your internal clock, so if you’re naturally attuned to sleeping at 3:00 a.m. and waking up at 11:00 a.m., your best bet would be to find a career and lifestyle where this is okay.

But there are certain actions individuals could take to minimize the difference between their internal clock and their external life. In a perfect world, Knutson notes, employers could be more cognizant and allow employees to pick a work schedule that offers a good compromise between everyone’s needs. People can also shift their sleep and wake hours a little earlier to minimize discord, but they would need to do so gradually, and maintain that shift consistently. Lapsing into night owl habits on the weekends or on vacation is out of the question.

Of course, being a creature of the night isn’t all bad. Other studies have shown that the whole morning versus night person debate is really more of a proxy battle between organized and meticulous, or being expressive and imaginative: day-dwellers might be more focused on achieving goals and paying attention to details, but all-nighters tend to be more creative and open to new experiences. If you’re a night owl, don’t be too rash to think you should change yourself. Maybe you just need a career that harnesses your artistic side—and lets you sleep in a little.