The chemicals in your cosmetics aren’t regulated

It's up to us to stay educated and informed on the products that keep us looking good. 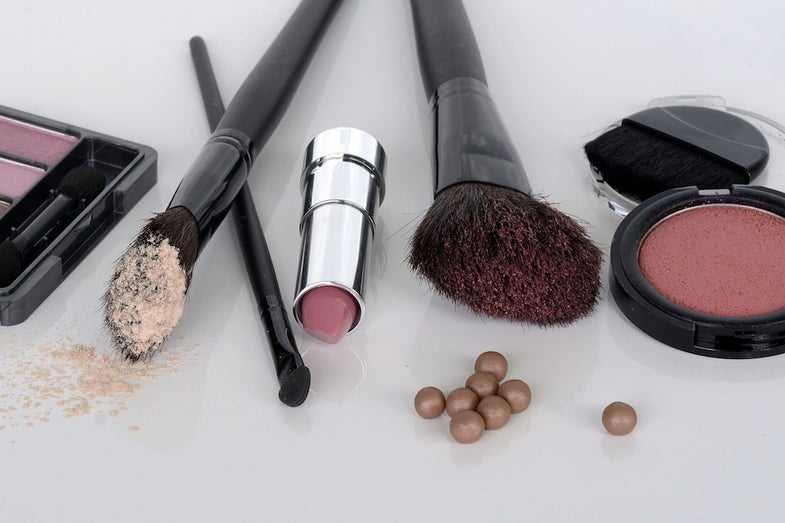 Lately I’ve been grappling with an ethical quandary—about my hair. (These mermaid waves don’t come for free.) Every few months, I go to the salon for a chemical straightening process that—in addition to costing lots of actual money—could be putting the health of myself and others at risk. And the truth is that most of us should have similar concerns about all of the beauty products we use.

Maybe you’ve heard of “Brazilian Blowouts” before. That’s one brand of a widespread treatment that offers the smoothing and taming of older relaxing methods without making hair permanently stick-straight.

Your hair is full of bonded proteins, including keratin. When you straighten hair with an iron, the heat breaks those bonds and allows them to sit in a position that makes hair lay flat—until they get back into formation. Traditional chemical relaxers permanently break those bonds in a way that lets them re-form into permanent straightness, so it lasts until hair grows out. So-called keratin treatments offer a happy medium of sorts; stylists coat hair with a strong conditioner spiked with chemicals, then flat iron it. The bonds aren’t permanently broken, but the chemical cocktail bonds the keratin into its straight formation for a few weeks or months, slowly breaking down and fading away.

But as keratin treatments started to really gain popularity around a decade ago, reports of side effects like respiratory problems and headaches started coming in from stylists and salon patrons alike. The culprit turned out to be formaldehyde, a gas known for its presence in that smelly liquid your chemistry teacher used to preserve frogs. It turns out it’s also great at putting your hair shaft on chemical lockdown.

The exact toxicity of the stuff is still up for debate, but it’s considered a probable carcinogen. And while some people aren’t particularly bothered by the fumes, it can definitely cause discomfort even in small doses. Lots of companies pivoted to “formaldehyde-free” formulas to appease concerned customers. But the Occupational Safety and Health Administration—basically the government watchdog of worker conditions—reports that many salons still contain formaldehyde fumes way over the recommended exposure limit. That’s because some products still contain chemicals that release formaldehyde when heated. And there are even products labeled formaldehyde-free that still actually contain the stuff. Even if there’s a label on the bottle, you really can’t be sure.

So how can beauty companies put out products that might harm stylists and salon patrons? Cosmetics aren’t really regulated for safety or efficacy—which is something most consumers don’t know when they slather various beauty potions from their scalps down to their toenails. The Food, Drug and Cosmetic Act, enacted in 1938, doesn’t actually require FDA approval before a beauty product is sold to the public—or give the agency authority to recall a harmful product.

In 2016, there was a 300 percent increase in the number of cosmetic-related complaints to the FDA. The previous year saw a 78 percent increase. The FDA can go after products that cause seriously harmful reactions, but only after those reactions are reported. The FDA received 1,386 reports about the shampoo company WEN, for example, before launching an investigation into the unfortunate fact that their cleansers sometimes seem to make all your hair fall out. It’s simply not the FDA’s job to go around looking for ways a cosmetic product might make you ill.

In theory, the market will weed out products that melt your face off. But without testing and approval required before cosmetics go on sale, a few faces may have to melt before products stop bringing in revenue.

All things considered, spending an hour sitting in formaldehyde fumes about three times a year probably isn’t significantly raising my risk of cancer. At least not compared to other risk factors I knowingly take on all the time, like drinking alcohol. The bigger question is whether it’s right to pay for a service that exposes the person administering it to pretty much constant chemical inhalation. And while the stink of formaldehyde in my hair is an example that’s exceptionally hard to ignore, keratin treatments are a good reminder that when it comes to the beauty products most of us use every day, no one is really guaranteeing our safety. It’s often up to users to stay educated and informed on the chemicals that keep us looking good.