Watch This Autonomous Drone Eat Fuel In The Sky 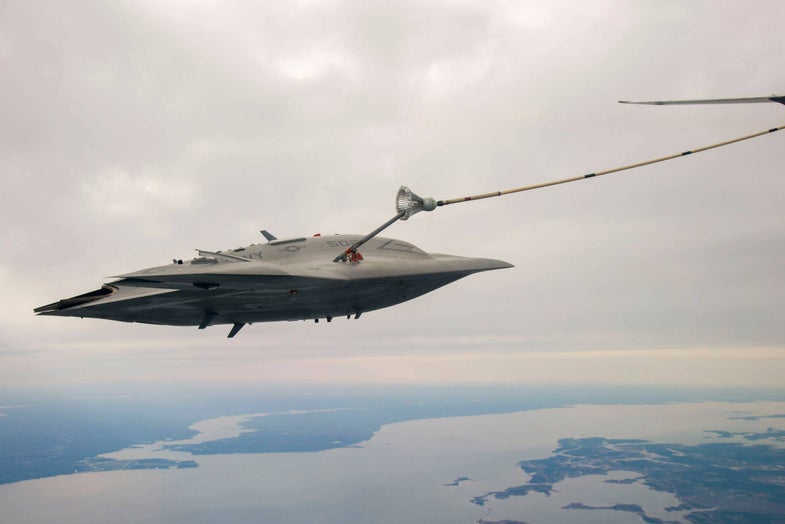 We are so far in the future of aircraft that a stealthy autonomous flying wing simply existing is just sort of a given. The U.S. Navy’s X-47B is a test platform, designed to see just what modern autonomy and design can do. In the few short years the Cylon-esque plane has been flying, it’s already mirrored the early history of flight. From a short first flight in 2011, then a cruise-mode flight later that year, the X-47B matured to where it could do touch-and-go landings on aircraft carriers in 2013, followed by normal landings and then, even when it missed the carrier it was able to safely fly to another runway and set down there. Last year, the plane nicknamed “the Dorito” even flew in formation with manned fighter aircraft. The X-47B is far more autonomous than the average drone, its actions guided by a human selecting locations on a computer, but the software onboard telling the plane exactly how to get there.

Yesterday, the X-47B successfully completed autonomous aerial refueling, taking on fuel from an Omega Air tanker over the coast of Maryland. This aerial refueling is likely the last major task for the flying wedge. Its years of work complete, the two X-47B models are likely to retire to museums, while the data and experience collected in their design and operation becomes the DNA for a new generation of unmanned fighter aircraft.