A little math saves a lot of heartache 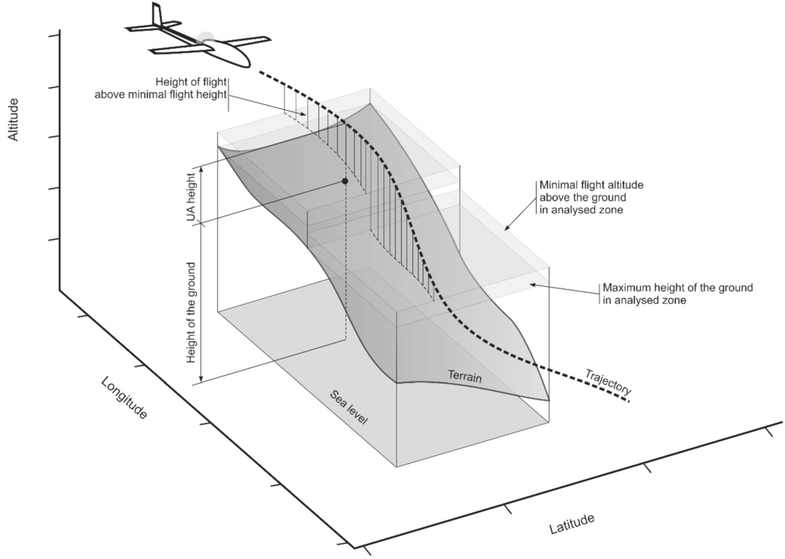 When humans first learned how to fly, they crashed all the time. The annals of early flight experiments are littered with the bodies of dead test pilots and aviation pioneers. Safety in manned aircraft improved dramatically over the first century of flight, but as more and more unmanned aircraft enter the skies, researchers want to make sure those gains aren’t lost. A paper published yesterday in a special issue of the journal Aerospace aims to make sure that when drones crash, they don’t hurt bystanders.

In “Trajectory Management of the Unmanned Aircraft System (UAS) in Emergency Situation,” author Andrzej Majka of Poland’s Rzeszów University of Technology analyzes how drones crash, and how to minimize harm when they do. Focusing on engine failures, Majka examined three scenarios: the drone runs short on flight time, the engine performance gets worse, or the engine’s power cuts out entirely. For all scenarios, Majka’s goal was to come up with a mathematical formula that could steer the drone to safety in the shortest possible distance while avoiding off-limits or dangerous areas.

It’s more complicated than just flying the shortest possible path to a landing sight, but safer.

Majka plots out a modeled flight path for a disabled drone flying near the city of Rzeszów, and explains how an unmanned aircraft (UA) using his model would fly:

With reduced power, the drone must make a gliding descent, which it can do without engines. Even assuming a dead engine on a fixed-wing drone, other electronically powered control surfaces may still work, so the drone’s auto-pilot could still steer the craft. But turning can generate drag and make the plane drop faster, so Majka’s formula minimizes turning while also being more sophisticated than just having the drone fly home in a straight line. It balances the need for power to reach the landing spot with the requirements for descending. Here’s what that looks like: A Safe Flight Path Down

Majka doesn’t specify how the drone knows where it should and shouldn’t fly. Perhaps an onboard map includes information on populated locations, or maybe the flight comes with preset coordinates to avoid. However it works in the abstract, Majka says his model is written so that it works not just for his sample drone, but for drones generally. The paper is published under an open access policy so that other drone aficionados can use and build upon the research here.

If drones are to safely proliferate throughout the skies of the world, they’ll need equations like Majka’s to guide them to safe landings even in dire situations, so that their crash doesn’t harm anyone else nearby. But until drone programming incorporates equations like this, there’s always the RQ-11 Raven’s unique approach to landing: