The Zhuhai Airshow is China’s biggest aerospace and defense display and notable as a venue for rolling out new systems.... 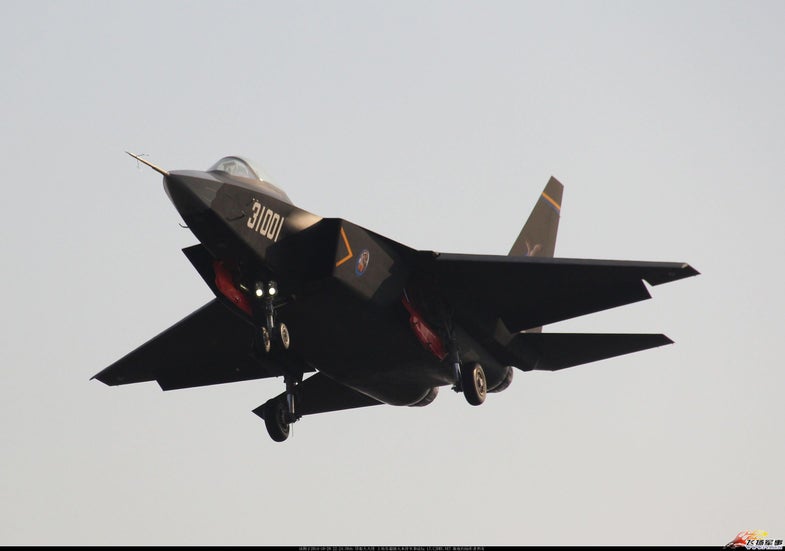 The first J-31 technology demonstrator, "31001", has arrived in southern China to participate in the 2014 Zhuhai Airshow. It features 5th generation characteristics like a stealthy airframe and weapons bay, though the 31001 is unlikely to be fitted with combat gear like thermal imaging devices and jamming equipment. cjdby.net, via by78 at Sinodefense Forum
SHARE

The Zhuhai Airshow is China’s biggest aerospace and defense display and notable as a venue for rolling out new systems. In the past, it’s served as the public debut for fighters such as the J-8, JH-7 and J-10. On the civilian side, Zhuhai 2014 will be a bazaar for foreign companies like Airbus and Boeing to pitch their jumbo jetliners, while China’s COMAC and its partners will try to drum up excitement for the C919 airliner. 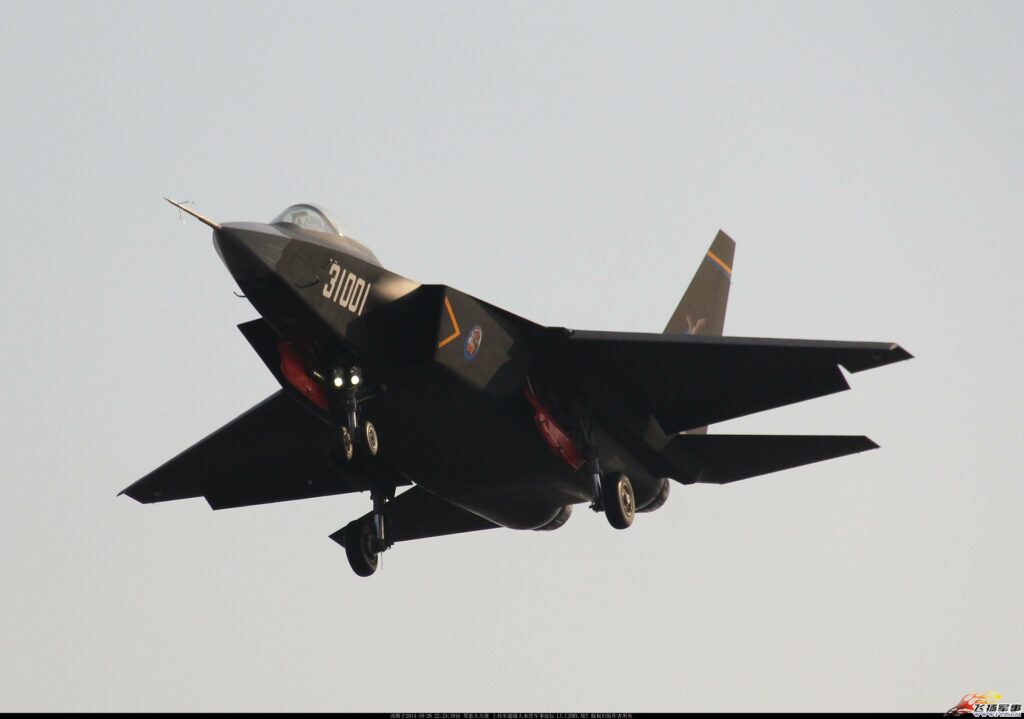 The first J-31 technology demonstrator, “31001”, has arrived in southern China to participate in the 2014 Zhuhai Airshow. It features 5th generation characteristics like a stealthy airframe and weapons bay, though the 31001 is unlikely to be fitted with combat gear like thermal imaging devices and jamming equipment.

J-31: The latest Chinese stealth fighter, the J-31 will undoubtedly be the star of this year’s Zhuhai Airshow. The J-31 has already arrived in southern China to prepare for the airshow. The J-31, designed and built by Shenyang Aviation Corporation, is a 20-ton, twin-engined stealth fighter, about the same size as the American F-35. Once it enters service, the J-31 would serve as a medium fighter alongside the heavier J-20, as well as on China’s future carriers. While the J-31 is currently still in the technology demonstrator phase with minimal avionics and interim engines, China is hoping that its airshow debut could draw interest from Arab nations unable to purchase the F-35, as well as Pakistan and Latin America.

This June 2014 photo shows the J-10B “1035” prototype flying with a Chinese engine, the WS-10B (it uses a unique silver colopred afterburner nozzle), as opposed to the Russian AL-31F. The PLAAF has chosen the AL-31FN III to power the J-10B to simplify logistics with previous J-10s, and the lower costs of the AL-31FN III.

J-10B: The next step in China’s most modern fighter type, the J-10, the J-10B features advanced features such as a stealthy Diverterless Supersonic Intake (DSI), an active electronically scanned array (AESA) radar, a cheaper, powerful Russian engine and self-defense measures like electronic jammers. The J-10B is a likely candidate for export to Pakistan, as well as to the Middle East and Southeast Asia. 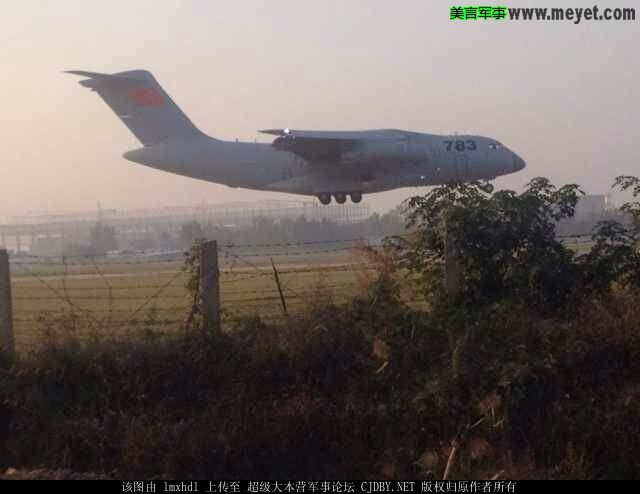 The second Y-20 heavy transport aircraft, “783”, takes off for another test flight. The Y-20 is expected to make an appearance at Zhuhai 2014, though it is unlikely to be available for sale yet.

Y-20: While not as threatening as stealth fighters, the 220-ton Y-20 heavy transport is China’s heaviest domestic airplane. The Y-20 is expected to at least make a flyby on the November 11 opening of Zhuhai 2014. The Y-20 can carry a payload of up to 66 tons, giving China a modern heavy airlift capability that can service overseas peacekeeping, humanitarian relief and combat airdrops of tanks and paratroopers. 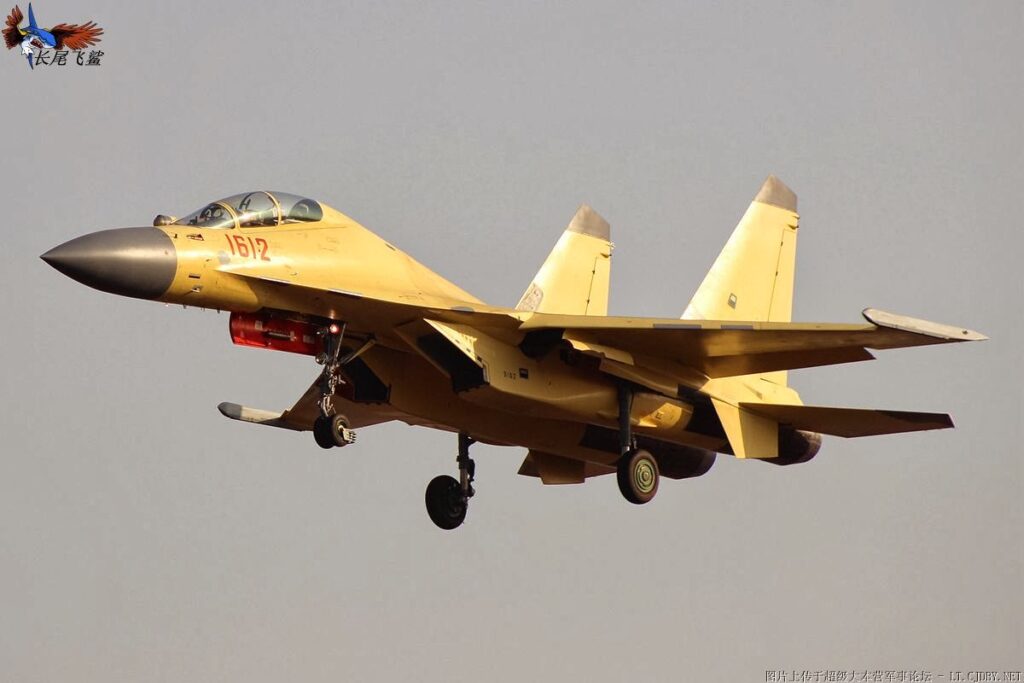 Flankers: Rumor has it that the Chinese derivatives of the Russian Su-27 heavy fighter could show. These would be highly modern aircraft such as the J-15 carrier fighter, its twin seat J-15S strike fighter and the J-16 strike fighter. While China does not intend to export these fighters, a public display of its new carrier and strike fighters would be a clear demonstration of Chinese efforts to build naval aviation and long range strike capabilities.

This close up detail from a Chinese posterboard shows a WS-15 turbofan engine technology demonstrator. The WS-15 is a 18-19 ton thrust afterburning engine which will power the J-20 stealth fighter. While the WS-15 is still several years away from entering service, if there is no display or pictures of it this year at Zhuhai, it’ll be a likely star in Zhuhai 2016 or 2018.

Avionics, missiles and engines: AVIC is likely to display more models of the WS-10 turbofan engine, along with smaller engines for cruise missiles and UAVs. Perhaps most notable will be radars, which could include electronically scanned radars on fifth generation fighters, as well as precision guided munitions that include LS series glide bombs and HJ-10 anti-tank missiles. The Pl-12 beyond visual range air to air missile (BVRAAM) will be present, other BVRAAMs like the antiradiation LD-10 and ramjet PL-21. 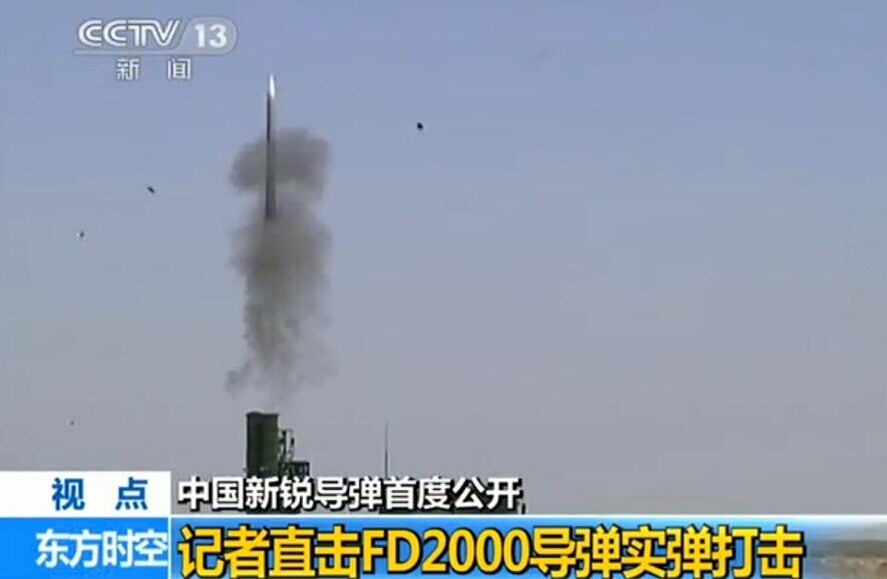 The FD-2000 SAM is the anti-radiation (meaning it targets electromagnetic emissions like radars) version of the HQ-9 long range SAM. The HQ-9 won its first export orders in 2013 from Turkey.

Anti-access: The usual plethora of anti-ship and anti-air missiles is likely to include the YJ-83 and YJ-62 antiship cruise missiles, as well as the HQ-9 long range surface to air missile (which won a 2013 Turkish contract), along with the medium range HQ-16, and short-range defense missiles like the FL-3000. Chinese drones are likely to appear, such as the Pterodactyl UCAV and tactical BZK-006. 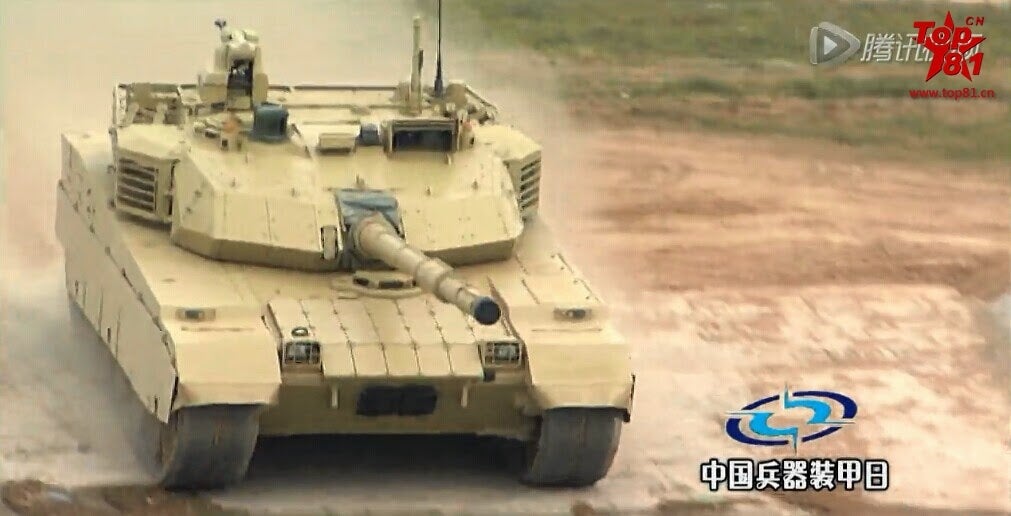 The VT-4 is a scaled down version of China’s ZTZ-99A tank. The VT-4 comes with modern features, including a Remote Weapons Station, and is believed to have made its first export sale to Cameroon this year. Norinco’s acquisition of exhibition space at Zhuhai 2014 indicates its continuing push to sell advanced weaponry to foreign buyers.

Newcomer: NORINCO, the manufacturer of many of the PLA’s tanks, infantry fighting vehicles and artillery, has secured a large exhibition area. NORINCO is likely to display scaled down models of its tanks (the 2014 Pentagon report on the PLA described NORINCO’s weapons as “world class”), along with large rocket artillery like the SY-400, A-100 and B611 tactical ballistic missile.

Be sure to mark your calender and check back with Eastern Arsenal on the week of November 11-14, as Zhuhai 2014 kicks off!