The device will cease working in March 2018 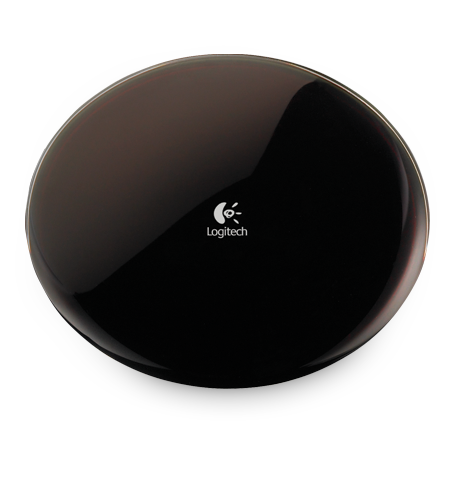 [Editor’s note: Logitech originally planned to give new devices to users within their original warranty period, but the company is now extending the new device offer to all Harmony Link owners. You can see the announcement here.]

The Logitech Harmony LiInk is a $100 puck-shaped black box introduced in 2011 to let users control their home theater devices, like TVs and audio systems, using a smartphone instead of hardware remote. Logitech’s Harmony remotes have been wrangling home theater devices for more than a decade, but the Link was an acknowledgment of the trend for every device—like TVs and media boxes—to include their own proprietary smartphone apps. It made your phone into a universal remote, which was a novel thing back then.

Now, six years later, Logitech is discontinuing the cloud-based service that makes Harmony Link work, and as a result, the devices themselves will be more useful as actual hockey pucks than pieces of your home theater.

Logitech sent the announcement out to users via email. According to the communication, the Harmony Link service will continue to operate until March of 2018, at which point it will shut down and the devices won’t work. It’s not just that they won’t get support anymore, but they will reportedly stop operating completely. You can take it outside and play hockey or if it’s too cold, just make it into some kind of makeshift musical instrument and yell, “look, I’m making a harmony with my Harmony link!” while holding back tears.

As compensation, users who are within their 1-year warranty period will get a free upgrade to the new version of the system, called the Harmony Home Hub, which has nifty bells and whistles like Alexa integration. Users outside their warranty period will get a 35-percent discount off the Harmony Hub’s $100 price. Of course, you can buy one right now on Amazon for $89 if you prefer to go that route. (Note: Logitech has updated this plan for replacement. See the top of this article for the link.) But, before you shell out any money, consider whether or not you actually need a universal remote now that most smart devices have native apps anyway.

This whole thing isn’t without precedent. Cloud-based services shut down from time to time, and that sometimes means the hardware dependent upon it also goes kaput. Typically, hardware companies stop supporting a product or issuing updates after its reached its end of life, but they still function. You can still use a Windows XP computer, for instance, if you want to play WarCraft III in an authentic setting, but Microsoft no longer updates or offers help when something goes wrong. Some older cameras I still own no longer get firmware updates and can’t be fixed if they break, but I can shoot with them until they’re wrecked beyond recognition.

With the Harmony Link, however, the situation is different. Without the service in place, the device will be essentially useless.

Other gadgets have also suffered the sad fat of having their support turned off. Before the smartphone era kicked into full effect, a hardware company called Peek sold devices that were meant specifically to check email or perform other online tasks. In 2009, the company introduced a handheld device specifically for using Twitter. By 2012, however, the company announced that it was no longer going to support Peek devices and pivoted toward cloud services. Most people didn’t need the service, but the company acknowledged that a small number of users were totally out of luck.

That was Peek’s move to get out of the hardware game, but it’s clearly a different story for Logitech. I reached out to the company for comment, but haven’t heard back as of this posting.

If you’re an online gamer, then you’re also used to this kind of thing happening when official servers shut down. It happened with a game called Planetside 1, and there are a few videos of players enjoying the last few minutes of its existence before the software becomes useless. Technology dies sometimes.

In 2016, Eye-Fi, a company that makes camera memory cards with wireless capabilities, ended its own cloud-based service required for older cards and the company faced serious backlash from users in that case, too.

This is a phenomenon that is going to stick around, but so far Logitech hasn’t handled the end of its product life in a way that makes customers very happy. Users on the forums of the Logitech site are reporting censored messages when using terms like “class action,” which could suggest users are taking legal action against the company.

if you have a Logitech Harmony Link, you should have gotten a code in your email to upgrade. If not, you can go here to start the process of getting your replacement. But, the backlash has already begun for the company, so keep an ear out for a further response before this is all wrapped up.