You're probably washing your hands wrong. 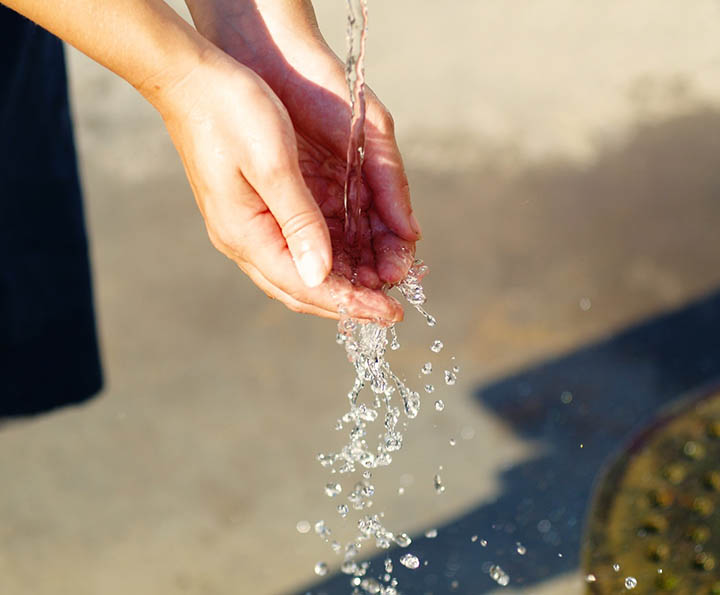 It doesn’t matter what temperature water you use to wash your hands: all that matters is that you wash them, according to a study released earlier this week in the Journal of Food Protection. And you’re probably doing it wrong. Understanding what gets our hands the cleanest matters, because not washing our hands is one way that germs—from those that cause colds to those that cause life threatening infections—spread.

To figure out how water temperature affects hand sanitation, the researchers contaminated participants’ hands with harmless bacteria and then made them wash at 100, 80, and 60 degrees Fahrenheit. The researchers, who hailed from Rutgers University and Gojo Industries (a privately held manufacturer of sanitation products such as Purell) thought that 60 degrees was the coolest temperature that would be comfortable. The FDA, according to the study’s authors, requires that food service preparers (like restaurants) provide access to a sink capable of providing water that reaches at least 100 degrees. And historical surveys have found that most people are told to wash their hands in the warmest water they can tolerate. In general, people associate warmer water temperatures with cleaner hands. The study, however, didn’t find this to be true. Water temperature had no effect. That’s probably because the temperatures that we know kill bacteria (think boiling) are also likely to burn our flesh (ouch).

This isn’t the first study to find that temperatures don’t affect hand cleanliness. A 2002 study in the journal Food Service Technology garnered a similar result.

The authors also found that anti-bacterial soaps didn’t really work either. Hands washed with regular soap were about as clean as those scrubbed down with the antimicrobial stuff, a finding that isn’t novel. In fact, last year the FDA banned 19 additives that are put into soap to make them antimicrobial. In explaining the ban, which takes effect this fall, Janet Woodcock—director of the FDA’s Center for Drug Evaluation and Research (CDER)—stated that, “Consumers may think antibacterial washes are more effective at preventing the spread of germs, but we have no scientific evidence that they are any better than plain soap and water. In fact, some data suggests that antibacterial ingredients may do more harm than good over the long-term.”

Studies have suggested that consumer antimicrobial agents like triclosan, which was originally designed for use in hospital surgical wards, not only fails to get our hands cleaner, but can also hasten the progress of antibacterial resistance, kill marine life, and cause human health problems. It’s worth noting that Gojo’s products tend to be free of anti-microbial ingredients, and while the FDA ban doesn’t address hand sanitizers, Purell (which is essentially gelled alcohol) doesn’t use any of the chemicals implicated in the ban.

So what actually makes your hands cleaner?

It’s all about time commitment.

Each of the 20 subjects were actually tested four times—each using a different duration of soap lathering (5, 10, 20, and 40 seconds). “That was just the time people were lathering with the soap—it doesn’t include rinse time—and we saw a statistically significant difference between 5 seconds and 20 seconds,” says study author Donald Schaffner, a food risk analysis researcher at Rutgers University. “We did not see a difference between 10 and 20 seconds and 20 and 40 seconds.

In other words, five seconds of lathering up the soap isn’t long enough to get your hands clean. Ten seconds is the magic number.

The Centers for Disease Control recommends hand washing for about 20 seconds, roughly as long as it takes to sing the lyrics to “Twinkle Twinkle Little Star”. But since that time is supposed to include both lathering and rinsing, it easily gets us into the range that Schaffner found in his study.

Going beyond that isn’t necessarily preferable, because other studies suggest that lathering for longer than thirty seconds makes it easier for any bacteria that remain on the hand to be transferred to other surfaces. Like Goldilocks, when it comes to washing hands it’s all about being just right.

Researchers did find that when subjects were left to their own devices, temperature actually did have an effect on hand washing time. Though the results weren’t statistically significant, men seemed to wash for closer to 20 seconds when water was at 100 degrees Fahrenheit; women when the water temperature was at 80 degrees Fahrenheit. Which suggests that temperature matters—not because the hot water kills bacteria, but because we’re more likely to keep scrubbing when the water feels good.

“You should wash your hands where you feel comfortable, and no one should be telling us necessarily what temperature to use,” says Schaffner. “A person who is comfortable is going to do a better job of washing hands, versus if the water is icky cold or scalding hot. What you want is whatever is comfortable for you.”