The disease can have serious complications. 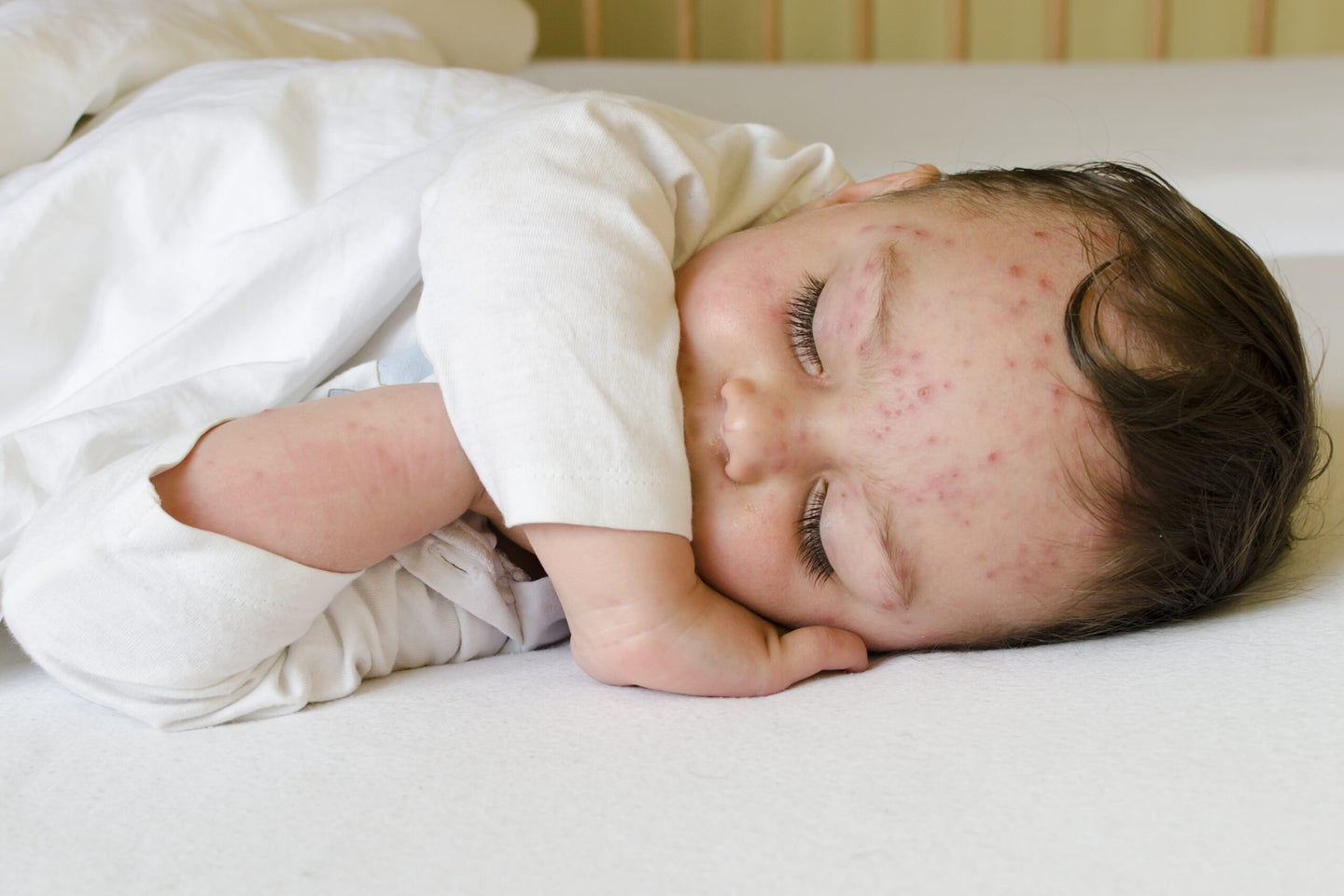 Chickenpox is the classic childhood illness. Most kids get it at some point, and once you’ve had it you never get it again. And because of all that, you might think you should just expose your kids and get it over with. Here’s the problem: the virus that causes chickenpox isn’t totally innocuous.

The varicella-zoster virus is highly contagious, but usually mild. Most folks will develop the usual itchy rash for up to a week, feel generally ache-y and tired, and have a high fever for a few days. Most parents who intentionally expose their children to chickenpox by having them interact with sick friends or family expect them to get that version of the disease. Here are the complications you might not see coming:

We expect immunocompromised or otherwise ill people to bear the brunt of the most serious viral complications, but nearly 90 percent of people admitted to the hospital for chickenpox are otherwise healthy. And the complications can be severe. In one study of 112 children hospitalized with varicella in the U.K. and Ireland, 30 had pneumonia, another 30 had septic shock (a severe, systemic bacterial infection), 26 had brain inflammation, 25 had neurological problems known as ataxia, and 14 had toxic shock syndrome. Nearly half also had other bacterial infections. Five children died, and one pregnant patient miscarried. A study of chickenpox in Saudi Arabia found similar complication rates in both adults and children.

The authors of the U.K. and Ireland study wrote that they couldn’t figure out why these children in particular had severe responses, since a large majority had no other health problems. That means we don’t have a good way of predicting which children might be more vulnerable than others. These researchers, along with the authors of the Saudi Arabian study, concluded that widespread vaccination was the only way to prevent hospitalizations and fatalities.

Spreading the virus to a pregnant person or their fetus

Pregnancy is a fragile time for the immune system, and infection with even typically mild viruses can be hugely problematic for both the fetus and the pregnant person. The Centers for Disease Control notes that people infected with varicella while pregnant get pneumonia at much higher rates and can die from it. Infections during the first or second trimester can also cause congenital varicella syndrome. Babies born with this condition have skin scarring, low birth weight, and abnormalities in their brain, limbs, and eyes.

Even those who have just given birth are at risk. If a parent develops chickenpox within a few days of delivery, the newborn is at risk of neonatal varicella, which can be fatal. Today, supportive care means that most kids survive, but historically, mortality rates were as high as 30 percent.

Varicella virus is sneaky, and in some people symptoms can subside even as the virus lurks in the nervous system. This dormant form of chickenpox can go decades without revealing itself, only to come back swinging as shingles once the carrier reaches adulthood.

No one is really sure why varicella virus comes back sometimes, but the results can be extremely unpleasant. Again, many people will get the mild form with just an itchy rash and minor pain. But some folks will develop severe, burning pain, fever, headaches, light sensitivity, and fatigue on top of the blistery rash. Potential complications include long-term nerve pain, skin infections, vision loss, and neurological damage.

Plus, anyone with shingles can pass the varicella virus to others.

Vaccines are the only way to prevent these issues

We’ve had an effective vaccine for chickenpox since 1995, and today you can even get it packaged in with measles, mumps, and rubella in the MMRV vaccines (and yes, this vaccine is safe). Since the U.S. introduced routine varicella shots, chickenpox cases, hospitalizations, and deaths have dropped by more than 80 percent in kids. And in cases where one dose of the vaccine hasn’t worked perfectly, the breakthrough chickenpox has been far milder with fewer complications. It’s similar to the annual flu vaccine; just because you get the shot and get sick doesn’t mean it was useless, because you’re going to get less sick than you would have without the vaccination. Two doses is becoming more standard for the MMRV, so if we can muster the courage to get all our recommended shots, we could say goodbye to most cases of chickenpox. But we all have to do it together. And chickenpox sleepovers are not any sort of substitute.