Now’s the time to get your kids the flu vaccine

An unvaccinated child is this flu season's first pediatric victim 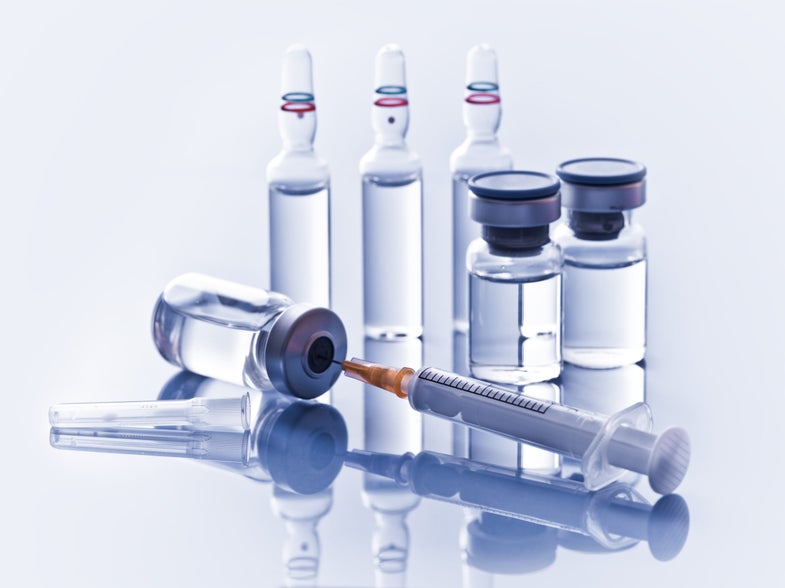 It’s only October, but we already have the first confirmed pediatric flu death of the season in the United States. Florida health officials announced that an unvaccinated child died between September 30 and October 6 of influenza B, which is generally the less-deadly virus of the four types of influenza in circulation.

Flu season typically peaks between December and February. Ideally, all kids who are able to get the shot would be vaccinated by the time illness hits its stride, but the start of October is so early in the season that many parents may not have prioritized getting their kids to the pediatrician or pharmacy for their annual shot. As the Times reported the circumstances under which the child was not vaccinated remain unknown.

Plenty of people are cued to go get vaccinated by reports about how bad the season is getting, but the trouble is that it can be too late by then. Flu shots take at least two weeks to be fully effective—your body needs that time to produce antibodies that will recognize incoming viruses. That means you should really be getting your vaccine before flu season hits, not during.

Some people don’t bother getting the shot because they think the vaccine isn’t very effective. Last year’s was only about 36 percent effective. Except here’s the thing: that’s actually pretty good. Most years we don’t exactly nail which viruses will spread around the world, since influenza is constantly mutating in an effort to evade our defenses, but even when we don’t get it right the vaccine still offers you protection against the worst of the flu. An imperfect vaccine still allows your body to recognize the virus faster and better than it might otherwise, giving it a chance to fire up the guns and start defending itself. That means even if you feel deathly ill, you could be avoiding the symptoms that might kill you.

Last year, the Centers for Disease Control confirmed 183 pediatric deaths from the flu, and every year 80 percent of the children who die are unvaccinated. And unfortunately lots of kids aren’t getting vaccinated—only around 60 percent get the shot. A recent survey from Orlando Health Arnold Palmer Hospital for Children hinted at some reasons why. More than half of parents surveyed said they were worried the vaccine would actually give their kids the flu, and 34 percent said that the shot simply didn’t work.

Both of these misconceptions are understandable—they’re based on what parents themselves see. Your kid gets the shot and two days later she’s sniffling or complaining of aches. The trouble is this is actually a sign that the shot is working. It means your body is responding to the injected virus and is mounting an immune response. And although sometimes kids do get the shot and subsequently still get the flu, parents often don’t realize that whatever level of illness they’re seeing is significantly lower than what they’d see if their child hadn’t gotten vaccinated. It’s difficult to compare when it’s your kid—all you see is that they’re ill and suffering. But across the U.S. population, we know that the flu vaccine significantly reduces the severity of symptoms and saves lives.

If you’re a parent of a child who hasn’t yet gotten their flu shot, take them to your local pharmacy or their pediatrician this week. Make it a priority. All children older than six months (apart from those that are immunocompromised) can get the vaccine, including those with egg allergies. If your kid is terrified of needles, you can also get the nasal spray, though it may not be as effective as the shot. While you’re there, get one yourself. The more people who get vaccinated, the harder it is for the flu virus to spread. During the 2016-17 season alone, the CDC estimates that the flu shot prevented 5.3 million illnesses, 2.6 million doctors visits, and 85,000 hospitalizations. Let’s try to increase those numbers this year.