Hurricanes are doing more damage and it’s our own fault

It has surprisingly little to do with climate change. 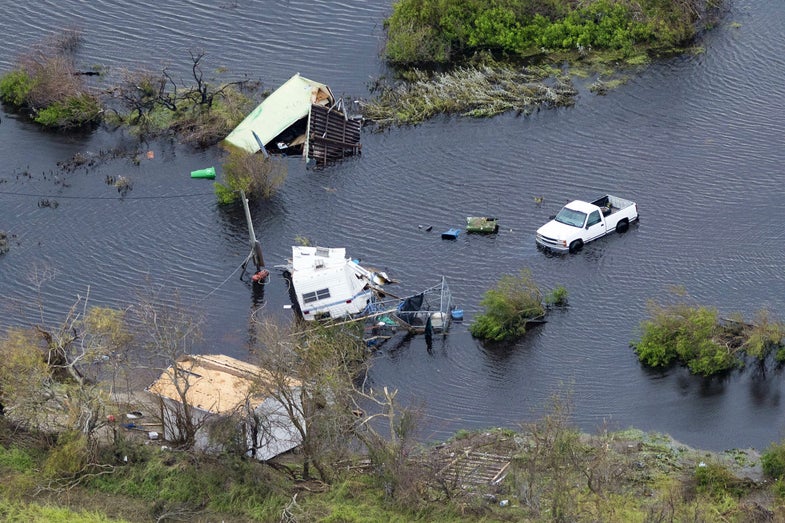 As our oceans warm, hurricane rainfall and intensity are going to rise. But more water and wind aren’t the reason that today’s storms destroy more communities in their wake—it’s simply that there are more communities sitting in that path.

From 1970 to 2016, the number of Americans living in states directly exposed to tropical cyclones grew by 60 million. Most of that growth was in coastal counties, though there are also many people living inland who can still see impacts from lingering storms. Along with the burgeoning coastal population has come an increase in the number of houses. The Atlantic and Gulf Coast regions, the two most prone to hurricanes, have 34 million more homes in the current decade than they did in 1940.

This shift toward vulnerable regions, not an increase in storm severity, is what climate scientists think is causing the rapid increase in apparent destructiveness. A new analysis supporting that conclusion appeared in Nature Sustainability this week, spearheaded by a group of researchers from the National Oceanic and Atmospheric Administration and several other top climatological research centers. Their work actually isn’t new, though—it’s an update to data that these scientists have been working with for decades. We just don’t hear much about it, because the most common way to hear about hurricane destructiveness is simply the cost of each storm adjusted for inflation. Here’s what that looks like charted out:

From that graph alone, you’d conclude that hurricanes are causing far more damage today than they ever have. And that’s true. But it misses one crucial point.

“In the aftermath of a natural disaster people are quick to place blame on nature: ‘The hurricane caused billions of dollars in damages.’ However, it is often the case that “natural” disasters are a consequence of human failures.” That’s how Roger Pielke Jr., an environmental scientist at the University of Colorado Boulder, put it in a workshop on the social and economic impacts of weather. He’s also a co-author on this recent paper, as he has been on prior estimates of destruction from natural disasters. His research has shown that it is exposure to hurricanes, not the intensity or frequency of the storms themselves, that has so drastically increased the destruction in recent years.

To figure that out, he and other researchers use a measure called normalized losses. Rather than only adjusting for inflation, this method also adjusts for societal changes like increases in housing or population over time. Normalized losses consequently allow you to directly compare the destruction caused by a storm in the 1910s and the 2010s. When Pielke and colleagues chart that out, it looks very different from the inflation-only data:

These numbers show no overall trend towards more destruction once you remove the influence of a changing society.

So does that mean hurricanes aren’t getting any worse? This might sound a bit confusing, but no.

NOAA, in its overview of global warming and hurricanes, notes that “it is likely that greenhouse warming will cause hurricanes in the coming century to be more intense globally and have higher rainfall rates than present-day hurricanes,” but also that these increases haven’t necessarily been borne out yet. Storm surges are also likely to become worse as sea levels rise, but again, those increases haven’t been all that significant yet. Similarly, we’ve seen a very small rise in the number of high-category storms, but NOAA’s summary says there’s only low confidence that the increase within the Atlantic basin is of statistical significance. Projections suggest it might become significant, but any large effect isn’t likely to happen until the second half of this century.

The apparent overall rise in the number of hurricanes is probably due to changes in how we detect them. Early in the 20th century, the only recorded hurricanes were those humans happened to encounter—ones that either made landfall or hit a ship. Today we have satellites that pick up every single storm, no matter the location. When researchers adjust for that observation shift, it becomes clear that the number of hurricanes hasn’t changed, and we may even be having fewer storms.

None of this is to say that global warming isn’t impacting hurricanes, however. Those individual storms are likely getting worse as ocean surface temperatures increase and sea levels rise, they’re just not already so much worse that they’re causing massively more damage to the coastal U.S. We can’t blame nature for that one: it’s all about where we’re building.