Disastrous spring floods loom for half of the United States

Officials could order evacuations in 25 states. 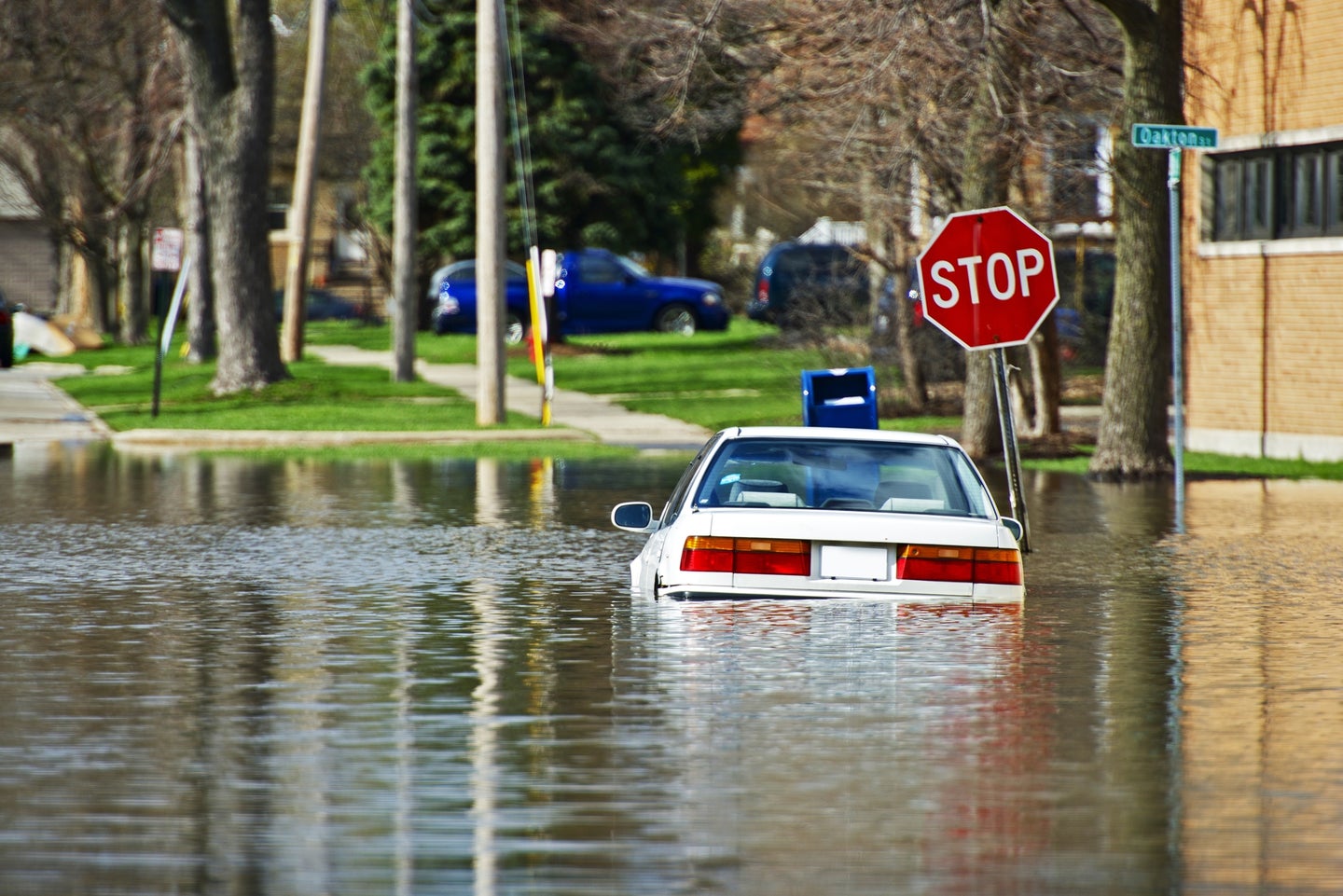 The historic floods that hit the Great Plains last week are perhaps just the start of a very wet and destructive spring. That’s according to the National Oceanic and Atmospheric Administration’s spring weather outlook, which warns of the likelihood of moderate to major flooding in 25 of the Lower 48 states through May.

The worst flood risk is clustered around the Central and Southern U.S., along the Missouri and Mississippi rivers. Some of the hardest-hit states include the Dakotas, Nebraska, Minnesota, Wisconsin, Iowa, Illinois, and Missouri. Here’s what to expect this spring and in years to come.

Wet and snowy conditions are boosting flood risks across the states. This winter was the wettest on record in the contiguous United States, according to NOAA data, which dates back to 1895. In fact, parts of the Eastern and Central U.S. have had an unusually wet past nine months or year, says Bryan Peake, service climatologist at the Midwestern Regional Climate Center. In Wisconsin, the March 2018 through February 2019 period was wetter than any previously recorded 12 months, he says.

Some areas of the Great Plains got double their usual rain and snow this winter, including the Red River of the North basin along the borders of Minnesota and North Dakota, according to the NOAA report. Soils in the Midwest and East Coast absorbed as much water as they could from these storms, becoming saturated. February also brought freezing temperatures, turning the ground in some places to ice. That could cause further trouble as temperatures are ticking back up. Just like the early March “bomb cyclone”, spring storms would bring about flooding due to soils’ already-soaked or frozen state, since water would run across the ground and into rivers and streams. Rain and warming temperatures would also melt snow, increasing the amount of runoff going into waterways. In some places, “ice jams” blocking rivers can making flooding even worse.

“This is shaping up to be a potentially unprecedented flood season, with more than 200 million people at risk for flooding in their communities,” Ed Clark, director of NOAA’s National Water Center, said in a press release. Both moderate and major flooding could trigger evacuations of people and the movement of property to higher ground.

Residents of smaller cities along the flood-prone rivers are some of the most vulnerable to impacts, Peake says. “The local economies of these smaller cities might already be struggling… and then if you add a flood to it, it could have quite a bit of an impact on those communities.” Farmers would have to wait until the waters recede to plant their fields, Peake says, which could stifle supplies of corn and soybeans.

During winter, many of these Great Plains fields remain fallow. Rushing flood waters sweep away sediment from these bare soils. This not only harms soil fertility and crop growth, but can kill fish far away from these farms.

Spring floods will carry nutrients from farms into the Mississippi River, and then into the Gulf of Mexico, where experts anticipate they’ll cause a large hypoxic zone, Clark said in a press conference. This is because excess nutrients fuel growth of algae, which then dies and decays and removes oxygen from water, killing fish and other marine life in the process. The Great Lakes, and smaller lakes in Wisconsin and Minnesota, also face a risk of similar hypoxic conditions this year, adds Peake.

It’s hard to say precisely how much climate change is contributing to flood risk from rivers. But, Peake says, “days where you have heavy precipitation—over an inch or over two inches—those have been rising in the past century [and] are expected to continue to rise.” These bursts of rainfall can increase risks of flash flooding.

In the future, floods will threaten more lives and structures simply due to where we’re constructing homes. “We’re projected to ever-increasingly build in flood risk zones,” says Oliver Wing, lead author of a 2018 study that indicated Federal Emergency Management Agency flood maps might be underestimating flood risk. There’s a lot of room for improvement in flood risk planning, too. “The flood maps in northwestern Iowa are not even in a digital format, they haven’t been updated since the 1980s,” Wing says.

When it comes to flood risk, officials say to exercise caution. “Please don’t assume that if you’re outside the flood zone you’re immune to flooding,” Daniel Kaniewski, deputy administrator at FEMA, said in a press conference. “Where it rains, it can flood.”