How To Make An Ice Cube Into A Battery

A better way to beat the heat 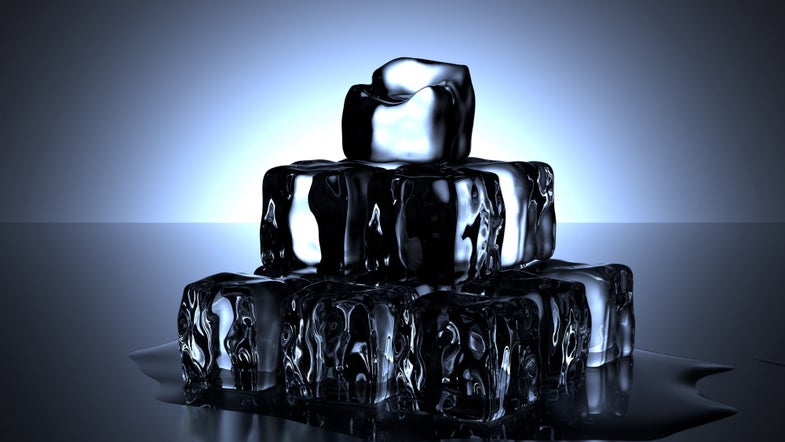 It’s summertime. That means beaches, bikinis, and rolling brownouts as power grids groan under the weight of overworked air conditioners.

The summer months are the most challenging for grid operators and consumers. Energy-intensive cooling units hoard power during peak hours when the price of electricity is at its highest.

Now, businesses and homeowners are embracing a different kind of air conditioner—one that can charge up overnight when power is plentiful, cheap and clean — to help users save money and grid operators avoid blackouts.

The idea behind ice storage air conditioners is simple: freeze water during the wee hours and use that stored ice to cool buildings all day long.

Because the system charges after hours, owners can take advantage of low energy costs. During the day, grid operators meet rising demand by ramping up additional power plants that sell the most expensive power. When the sun falls, demand drops off and so does the price of electricity.

Ice storage air conditioners come in all shapes and sizes, helping businesses and homeowners save money by time-shifting energy use to the middle of the night.

This technology can also help clean energy work more efficiently. Unlike coal and natural gas-fired power plants, renewables do not operate on cue. They operate intermittently. One fix is to store surplus power from wind and solar until it is needed. That could mean a Tesla home battery or a pumped hydro storage system. It could also mean appliances capable of holding energy, be they water heaters or air conditioners.

In this sense, cool storage systems work like batteries, storing energy in the form of ice. They run more efficiently than other forms of energy storage. Because cooling units run at night, they can soak up clean wind energy that might otherwise go unused. More sophisticated systems come equipped with smart-grid controllers that allow grid operators to manage air conditioners — turning chillers off and on as demand rises and falls.