What are the rest of us waiting for? 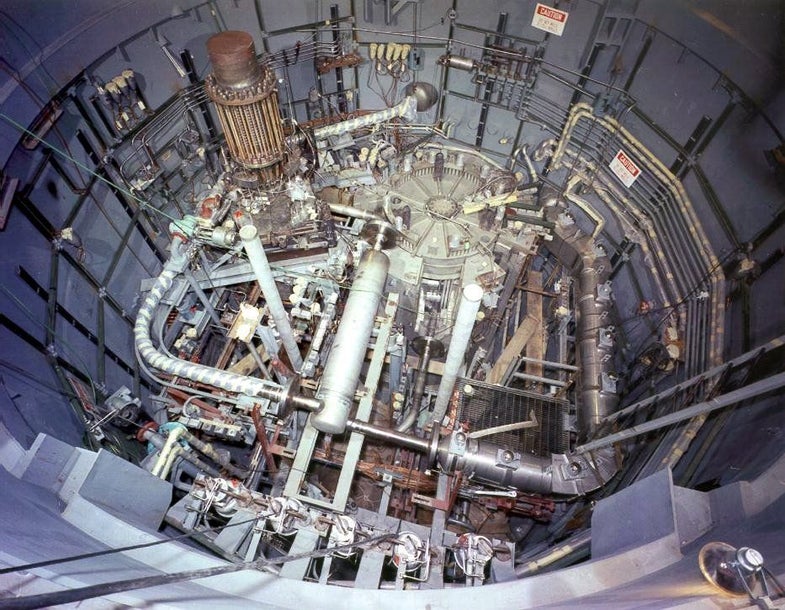 Just as climate talks kicked off in Paris last week, billionaire tech mogul Peter Thiel lobbed a nuclear challenge at his fellow billionaires, as well as politicians in Washington.

If we truly want a carbon-free future (and with it a chance at lowering, or at the least halting, the planet’s rising heat levels), we need to cast our minds back to the 1960s, to our lost embrace of nuclear power.

In a hot-button editorial in The New York Times, the PayPal co-founder noted that wind and solar, while great alternatives to fossil fuels, “provide less than 2 percent of the world’s energy” today. And they “aren’t growing anywhere near fast enough,” he writes, to replace the greenhouse-gas emitting stuff we haul from the ground.

That stuff pumps five billion metric tons of carbon dioxide into the air annually. And that’s just in the U.S. Look no further than Beijing’s smog-blanketed streets for visible proof of what the end times might look like.

What derailed our nuclear future more than a generation ago was a one-two punch of ominous events: The 1979 Hollywood thriller, The China Syndrome, with its dark tales of nuclear safety cover ups, and the life-imitates-art accident that took place at Three Mile Island—just 12 days after the meltdown movie hit theaters.

In the wake of these events, hysteria reigned and legislators scuttled plans for some 100 planned nuclear reactors. Had that not been the case way back then, Thiel argues, “our power grid could have been carbon-free years ago.”

We now have the choice (once again) to follow science rather than hysteria. A number of venture capitalists are putting money into new nuclear reactor designs, such as small modular reactors and those using alternative fuels, and some not so new designs, such as the one Thiel’s Founders Fund is backing: molten salt.

A little-known, and even less understood, company called Transatomic Power, run by a couple of young MIT grads and backed by Thiel, has taken a 1960s reactor design and set about reviving it. Their molten salt reactor burns liquid uranium (unlike a traditional light water reactor which burns solid fuel), and acts as a kind of nuclear waste-eating generator.

It can actually run on the spent fuel of other reactors. When you consider that the 99 reactors operating in the U.S. today churn out 2,000 tons of nuclear waste a year (for a total of 80,000 tons and counting), molten salt reactors make a ton of sense. In fact, our current radioactive waste heap could supply all of the nation’s energy needs for the next 80 years.

Not only that, but their risk of meltdown is exponentially lower. 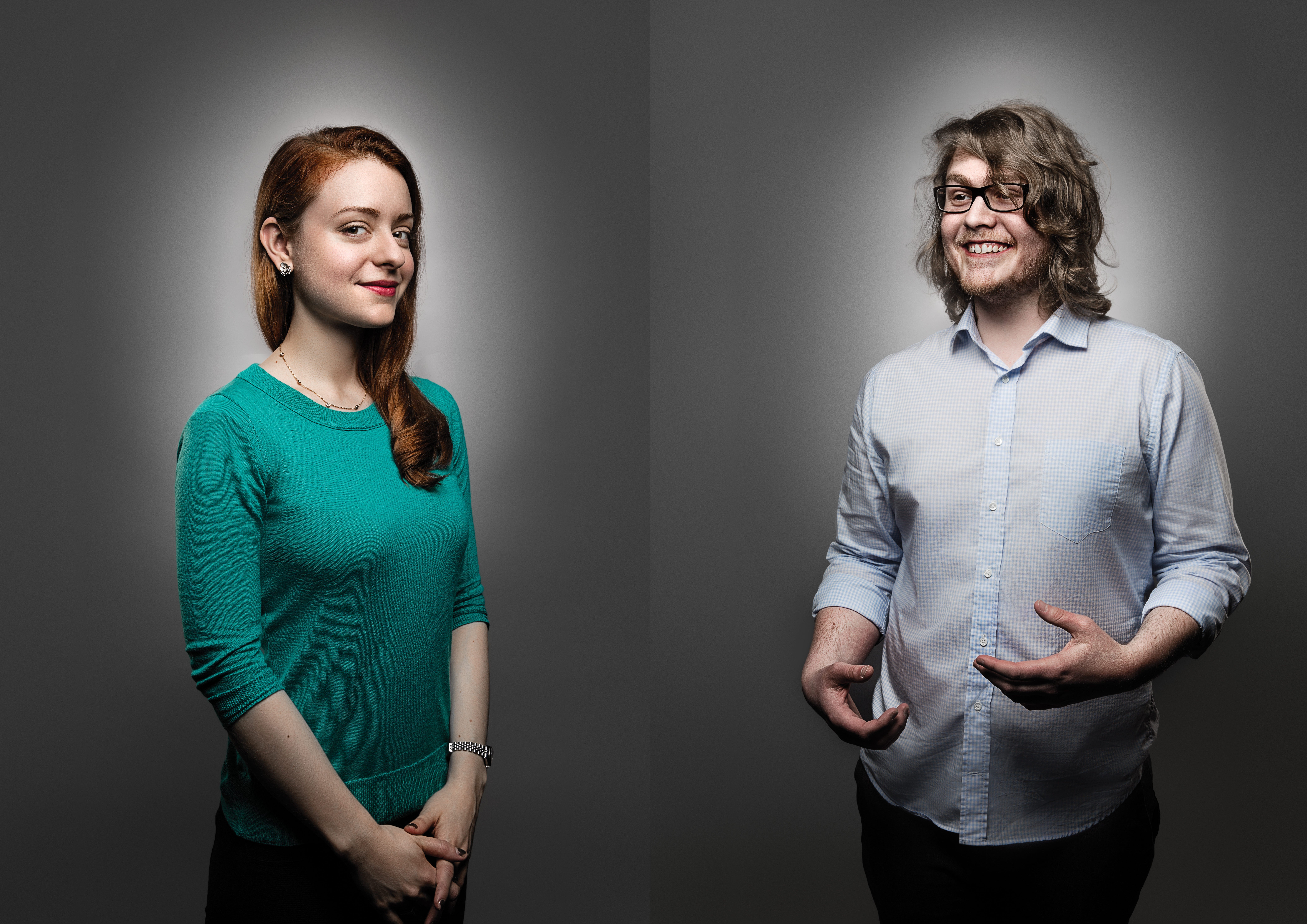 All of which make Transatomic’s founders Leslie Dewan and Mark Massie (who Popular Science profiled this summer) worth listening to. With as much as $6 million in backing, the pair is testing their design in a lab on the MIT campus. They plan to build a 20-megawatt demo reactor within five years. Their goal is to build a 520-watt commercial reactor for $1.7 billion–half the cost of a traditional reactor.

How their reactor does its job better than any other

In light water reactors, uranium is packed in rods and submerged in water. Through fission, this produces heat that creates steam, which drives a turbine that produces electricity. The downside is that fission byproducts, like krypton and xenon, build up in the rods. They eventually halt fission entirely. The rods must be replaced every four years and are now radioactive waste—with 96 percent of their energy still intact.

Molten salt reactors, on the other hand, flip that equation producing only 4 percent waste and using 96 percent of their energy. They do this by using solid uranium salt as fuel. The salt heats up, via fission, changes to a liquid, flows through pipes, along with spent fuel pellets, and eventually cause water in adjacent pipes to heat, convert to steam, and all the rest of it.

As the fuel flows, the fission byproducts aren’t trapped. They are safely off-gassed. As Dewan told PopSci, the reactor can “simmer like a Crock-Pot for decades.” The liquid fuel salt constantly flows past a drain with a freeze plug of uranium. Should the reactor lose electricity (the cause of most meltdowns), the plug would melt and the fuel would drain into a tank where it would cool and solidify.

That makes the reactor not only insanely efficient, but safe.

So why don’t we already have one of these?

For the past half century, the U.S. Nuclear Regulatory Commission (NRC) has been focused on only one type of reactor—the inefficient light-water reactor. They have not turned their attention to other types (and there are others, including the traveling wave nuclear reactor, a sodium-cooled fast reactor that uses depleted uranium as fuel, and which Bill Gates’ TerraPower is developing with China). So it’s unclear if the regulators will be prepared when Dewan and Massie (and Gates and others) come to them to unleash their reactors on the electric grid.

What we need is a path forward. Without one, future investors might lack to the guts to put up money, as Thiel has, for these next generation nukes.

Ironically, and some say dangerously, the NRC is now focused on whether or not to extend licenses for the nation’s clutch of aging nukes that should be readying for the retirement vaults. Some nuclear operators, led by Dominion Resources, want the NRC to extend reactors’ lifespan to 80 years, twice as long as was originally permitted. Most of the nation’s nukes have already received extensions of 20 years, past their original 40-year operating licenses.

The anti-nuke crowd has complained that decades of wear and tear make it a risky prospect. The NRC, however, is looking at it seriously. Next month, it is expected to release a draft of safety measures it would require if it were to extend the lifespan of these nukes.

What we need is a path forward.

The other thing holding back next-gen nuclear energy is competition. Cheap and abundant natural gas from shale fields have squeezed the economics of our current nuclear operators, suffering from high operating costs and cheap power. Federal environmental regulations cracking down on carbon emissions are expected to squeeze back at gas producers. No one is holding their breath that these rules and their business costs will tip the economic balance anytime soon.

There is, however, one dark and indisputable cost that refuses to budge. As Thiel points out, fewer than 50 people died in the worst nuclear reactor accident in history, the 1986 Chernobyl disaster, which was caused by bad design and human incompetence. By contrast, he notes, “the American Lung Association estimates that smoke from coal-fired power plants kill 13,000 people every year.”

Now that’s something to get hysterical about.