How many hours of sleep do you actually need?

It depends on how well you want your brain to work 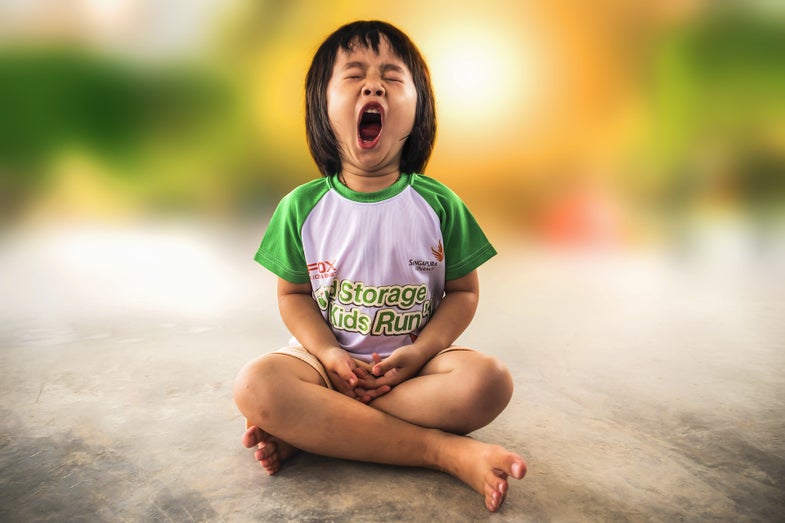 How many hours of sleep do you actually need?. Pixabay
SHARE

Sleep is a time suck. If you multiplied the average recommended number of hours we should sleep in a day—eight for a typical adult—by the number of days in an average lifespan (78.8 years in the United States), that would amount to about 9,587.3 days. That’s one third of your life spent unconscious. From an evolutionary standpoint, sleep is quite literally a waste of your time, yet it’s fought its way through countless years of adaptation in nearly every living animal on Earth. So it must be important, right?

In fact, researchers have found that sleep plays a vital role in the functioning of nearly every organ system in the body. At the same time, medical conditions, a busy schedule, and even the simple unavoidable act of aging constantly challenge the number of hours we allow ourselves. But that begs the question: how much sleep do we actually need? And can we train ourselves to need less?

First, let’s talk about that eight hour figure that gets tossed around. It’s far from some arbitrary number. It’s truly the number of hours we naturally crave, and there are two pretty strong pieces of evidence for it. In a series of experiments, researchers took study participants into a laboratory with no sunlight or other visual cues and, at night, gave them a non-negotiable, nine-hour-long opportunity to sleep. They did this each night for a number of weeks, and the results were always the same: even when provided with more time, humans will typically spend an average of eight hours catching up on their Zzz.

And that wasn’t the only study to support the eight-hour sleep schedule. Back in 1938, a sleep researcher named Nathaniel Kleitman and one of his students spent 32 days living in Mammoth Cave in Kentucky, one of the longest and deepest caves in the world—an environment completely void of sunlight. When they analyzed their sleep patterns, they found that they, too, slept about eight to eight and a half hours per night.

But what happens when we deprive ourselves, as many Americans do, of all or some of these recommended hours? It turns out, a lot. In 2003, David Dinges and Gregory Belenky, both sleep researchers at the University of Pennsylvania and the Walter Reed Army Research Institute, performed some of the most pivotal studies on the consequences of sleep deprivation thus far. Their goal was to figure out how little sleep a person could get away with, without having it affect their cognitive performance.

The two studies involved two-week-long experiments where researchers deprived participants of varying hours of sleep. Before they did so, they first allowed subjects to receive eight hours of sleep, followed by a series of cognitive tests the next day—which measured things like someone’s speed of response, how well they could interpret a written passage, and the number of times they dozed off for a second or two (what science calls a microsleep). All of this gave them a baseline for each subject’s normal cognitive performance.

The researchers on Dinges’ team then assigned the participants to one of four groups: one group was allowed eight hours of sleep for the following two weeks, the next six, then four, and the last group received zero hours of sleep for up to three days straight.

That last group, says Matthew Walker, the director of the sleep and neuroimaging lab at the University of California, Berkeley, showed just how much your cognitive performance suffers after just one night of total sleep deprivation. What Dinges and colleagues found (and what subsequent studies have confirmed) is that to your brain, one sleepless night is the cognitive equivalent of being legally drunk, says Walker.

The rest of the groups weren’t so far behind. While the group that received eight hours of sleep saw virtually no change to their cognitive performance throughout the two-week study, after just 10 days the participants that slept six hours each night were as cognitively impaired as those suffering from a night of total sleep deprivation. And the group that got four hours? It only took them three days before they reached that same level of impairment. By 10 days in, they were as cognitively impaired as if they had gone two days with no sleep. As the days went by, these detriments didn’t slow down. “If you looked at the data graphs, there’s no end in sight. That was the frightening thing,” says Walker.

When Dinges compared his results to his colleague’s at Walter Reed—who had done the same exact study but with odd hours (meaning seven, five, and zero hours of sleep), their findings were basically identical. Even the group that slept seven hours a night—which some people think of as a luxury, says Walker—were dozing off at a rate three times greater than the group sleeping eight hours a night just five days into the experiment. So, how much sleep can you take away before someone becomes cognitively impaired? Sorry, but the answer is less than one hour.

Okay, so that’s sadly settled: we should all be getting no less than eight hours of sleep per night. No exceptions. But we all lead extremely busy lives, especially during the workweek. Can we make up any of those hours lost during the week on the weekends (similar to those weekend warrior who still receive health benefits from only exercising on twice a week) so that you average eight hours a night? The researchers asked the same question.

After the sleep deprivation part of the study was done, the researchers then gave the participants three nights of “recovery sleep” where they were allowed as much as they wanted (unsurprisingly, most slept way more than eight hours). After those three days, they took the same cognitive screening tests. But the participants hadn’t returned to the baseline levels they had at the beginning of the study. In other words, if you are sleep deprived—meaning you are sleeping seven hours or less each night—then it takes you longer than a weekend to get back to baseline. And no one’s figured out how long it actually takes.

“People think that sleep is like the bank. That you can accumulate a debt and then hope to pay it off at a later point in time,” says Walker. “And we now know that sleep is not like that.”

The brain has no capacity to get back all that it has lost, Walker explains. Why is this? Why haven’t we evolved a way to make up for lost sleep the same way we can make up for days of starvation by storing calories as fat? The answer, Walker says, is simple: “Human beings are the only animal species that deliberately deprive themselves of sleep.” There is no storage system for sleep in the brain because life never needed to create one.

Undoubtedly, many of you are reading this and scoffing. If you regularly get six hours of sleep and feel just fine, why should you waste your time trying to squeeze in more?

Consider this: after the first night of reduced sleep, researchers in Dinges’ study asked the participants in the six-hour-a-night group how well they thought they did on the day’s cognitive tests. They replied that they did well—great, even. However, when the study researchers actually compared the two performances, the tests completed after six hours of sleep were significantly worse than the ones done after eight hours of sleep.

“You don’t know you are sleep deprived when you are sleep deprived,” says Walker, “That’s why so many people fool themselves into thinking they are one of those people who can get away with six hours of sleep or less.” Walker argues that there’s no way you can effectively train yourself to need less sleep. You may get used to feeling tired all the time, he says, but that does not mean you can suppress that tiredness and perform as well on cognitive tests as you would if you received eight hours.

But perhaps there is a positive twist—in the form of a mid-afternoon nap backed by science. Researchers who have looked at cultures that remain completely untouched by electricity, such as the Hadza of Tanzania, found that, especially in the summer, these groups tend to sleep biphasically: packing in six hours a night, and then a few hours again in the afternoon. This begs the question, Walker says, of whether human beings should stay awake for sixteen hours straight. In fact, everyone goes through an afternoon lull. Biologists have actually been able to measure this physiological dip in our alertness—what science calls a postprandial dip—through changes in our metabolic system, as well as adjustments in our brain waves, and in our cognitive reaction times. The universal cognitive pause means we might benefit from a nap around this time. “Perhaps human beings need to sleep biphasically for truly optimal performance, though that’s still unclear,” Walker says.

One thing science knows for sure, however, is that the less sleep you get each night, the less cognitively aware you are the next day, the day after, and every day after that. Simple.

In fact, Walker says, if you ever want proof of how much of an effect just one hour less sleep can have on human beings, just remember how you feel the days after daylight savings begins every March, when nearly the entire country has intentionally deprived themselves of an hour of sleep.

But perhaps the most relevant thing to remember, Walker says, is this: When someone tells you the reason they can only get five hours of sleep is that they simply have too much to do, “I tell them, I’m sorry, but there’s an irony in your statement. The reason you are left with so much to do could likely be because you are only getting five hours of sleep and your cognitive functioning is deficient, so it’s taking you forever to do everything.”