How your brain conjures dreams

This illustration shows some of what we know about this enigmatic process. 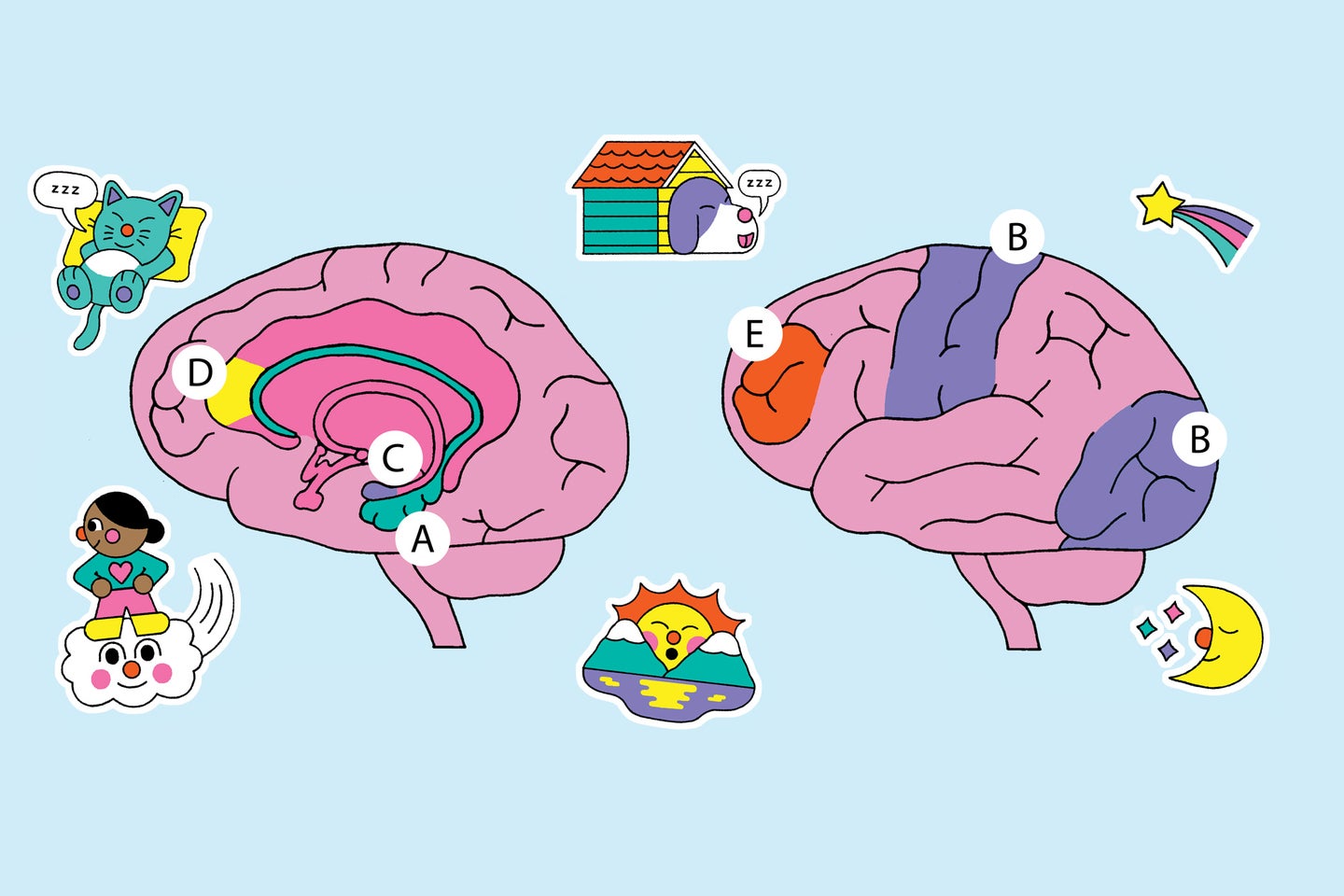 You dream for two hours every night, but for something so common, it’s a remarkably enigmatic process. Only in the past few decades, with the advance of technology like fMRIs that lets us record and visualize activity in the brain, have neuroscientists begun to figure out how and why we experience these reveries. While sleepy interludes seem to rely on many of the same mental processes we use while awake, researchers are still trying to understand the way they work together during slumber. Here’s how we think our brains drive our nocturnal hallucinations.

Dreams tap memories stored in connections between brain cells, which the hippocampus tracks as they form. At night it directs neurons to replay recollections, facilitating long-term storage. That could be why reality seeps into our visions—but not why they tend to warp reality.

Our most vivid imaginings occur during the REM phase of sleep. Activity increases in brain regions that control movement and process optical inputs, like the visual and motor cortices, which likely create what we “see” and “do” in slumber. It’s not clear what triggers these areas at night.

The almond-shaped amygdala helps generate feelings like fear, anger, and anxiety. It and other emotional domains are more rowdy during REM sleep, which could explain why strong reactions happen frequently when we doze. We may rely on this process to dull the sting of difficult memories.

Despite their disjointed nature, dreams still contain semirational thoughts, likely thanks to areas supporting conscious cognition. The anterior, or front, portion of the cingulate, a semicircle in the brain’s center, influences motivation and decision-making—and can switch on while we’re snoozing.

During REM, neuroscientists see suppression of the dorsolateral prefrontal cortex, which is critical for executive functions like directing attention, solving problems, and reasoning. This might help explain why we rarely realize we’re asleep, despite some outlandish scenarios.