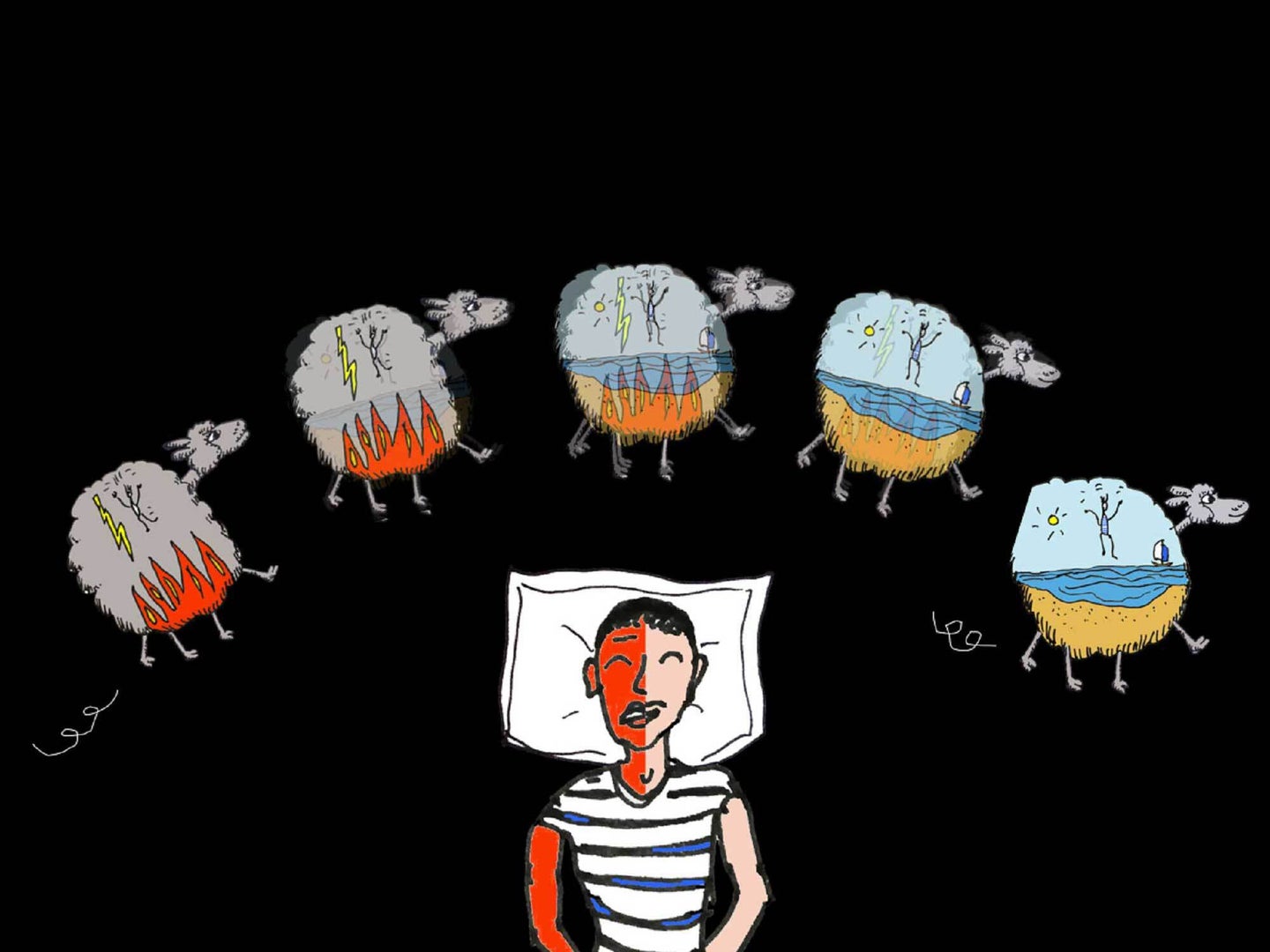 No one enjoys tossing and turning through a nightmare, and now, sleep scientists from the University of Geneva in Switzerland may have found a way to make sure your rest stays peaceful and undisturbed. A new study published today in the journal Current Biology found that combining a cognitive technique called imagery rehearsal therapy with targeted memory reactivation during the REM stage of sleep reduces the number of nightmares a person experiences each night. The research included 36 people with moderate to severe nightmare disorder (having more than one episode a week)—a condition that affects 4 percent of adults around the world.

“The study demonstrates again that imagery rehearsal therapy alone works to improve the nightmare disorder,” says Thomas Kilkenny, the director of the Institute Sleep Medicine at Northwell Health in New York City, who was not affiliated with the study. “But the new twist is that the addition of targeted memory reactivation to the imagery rehearsal therapy not only improves the nightmare disorder, but also increases the amount of positive dream experiences.”

Individuals with nightmare disorder face more than the occasional bad dream. This rare type of sleep disorder causes people to have frequent nightmares, often causing problems falling and staying asleep. One reason sleep experts have trouble banishing nightmares for good is because they still don’t know why the phenomenon happens in the first place. There is no universally agreed upon reason why we dream, much less have nightmares, explains Kilkenny. He says one common belief behind dreaming is that they help store important memories, get rid of unimportant ones, and sort out complicated thoughts and feelings. Severe nightmares, in turn, are hypothesized to be dreams connected to unresolved anxiety and trauma.

[Related: For better sleep, borrow the bedtime routine of a toddler]

Imagery rehearsal therapy is already a commonly used tool for people who experience frequent nightmares. A psychologist will ask the individual to describe a recurring nightmare while awake and identify possible triggers for the experience. Afterward they work with the patient to “rewrite” a new ending to the dream with a more pleasant outcome. For example, if the nightmare involves someone chasing you down a dark alley, you may try to imagine a passerby you can flag down for help or visualize holding a weapon you can use to take down the assailant. The goal of rehearsing the ending is to change the nightmare to something less frightening and more peaceful.

The recent study hopes to enhance the success rate of imagery rehearsal therapy with another cognitive tool, which uses different external stimuli as a cue to reactivate more pleasant memories from earlier in the day. The authors used targeted memory reactivation to play a sound associated with a positive experience. Re-exposing those associations would, in theory, make the mind focus on consolidating them into long-term memory rather than a negatively charged memory fueling nightmares.

In the experiment, 36 people with nightmare disorder underwent an imagery rehearsal therapy session where they brainstormed alternative endings to their bad episodes. In addition, half of the patients were asked to complete an additional task: create a resolution to their nightmare and associate the happier ending with a sound. “The important point is to have the external stimuli be able to be associated with the thoughts one wishes to remember,” Kilkenny explains. In this instance, the sound was a one-second piano key that played every 10 seconds through headphones as patients imagined their positive endings over a five-minute period. For the next two weeks, the subjects practiced imagery rehearsal therapy every evening before bed while listening to the same sound. When they fell into slumber, a wireless headband would detect when they entered REM sleep—the stage for vivid dreams and nightmares. The headband would then transmit the piano note repeatedly while the person was in this particular sleep phase.

“We observed a fast decrease of nightmares, together with dreams becoming emotionally more positive,” said Lampros Perogamvros, a psychiatrist at the Sleep Laboratory of the Geneva University Hospitals and senior author of the study, in a press release. “For us researchers and clinicians, these findings are very promising both for the study of emotional processing during sleep and for the development of new therapies.”

The benefits of using targeted memory reactivation may go beyond nightmare disorder. The study authors note in their paper the combined therapy could prove effective for survivors with PTSD, anxiety disorders, and mood disorders who routinely experience insomnia and emotionally charged dreams.