Want to fix your sleep schedule? Go camping this weekend. 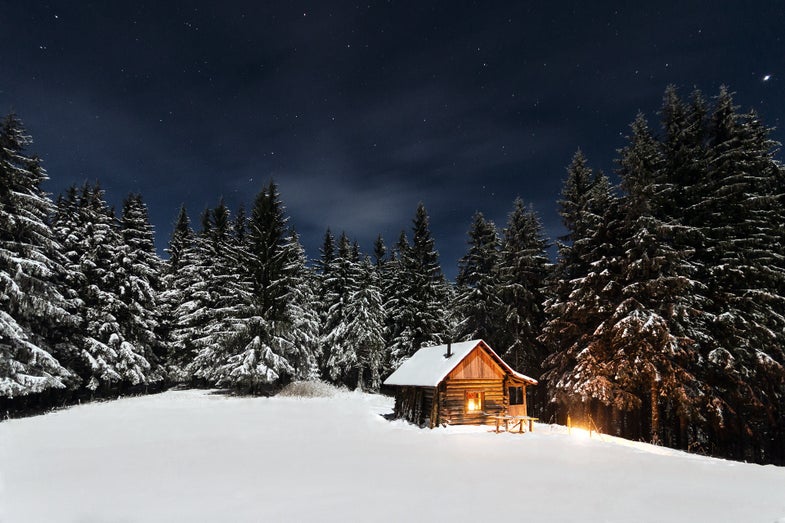 You’re probably not sleeping enough. More than a third of American adults get fewer than the seven hours of sleep a night recommended by health professionals. And that accumulation of sleep deprivation has been linked to everything from depression to diabetes. New research shows just how badly our modern environments throw us out of wack, but the study also offers a potential solution: take a hike. For like, a couple of days. Right now.

Most folks are familiar with the notion that modern environments—particularly ones filled with computer screens and other blue-glowing night-lights—hurt human sleep habits. When we look at bright lights, our bodies stay in daytime mode instead of triggering the right hormonal balance to support restful sleep. That means we stay up later and wake up groggier. So it’s not surprising that getting away from your iPhone for a few days can help you return to a natural day/night cycle.

In a study published Thursday in Current Biology, researchers found that even a short weekend camping trip—in the dead of winter, no less—can largely reset a person’s internal clock.

The paper followed up on an earlier study, where the team found that week-long summer jaunts into nature could move internal clocks a whole four hours earlier. In other words, someone who started the week with a body that thought of 11 p.m. as bedtime would be snoozing by 7 p.m. after seven nights under the stars.

“When melatonin is high, that’s your body’s biological night,” Kenneth Wright at the University of Colorado Boulder told PopSci. “And what was remarkable is that the rhythm synced up perfectly with natural darkness by the end of the trip. The beginning and end of the subjects’ biological night corresponded with sunset and sunrise.”

And that, Wright explained, simply isn’t seen in modern environments. After all, when’s the last time you went to bed as the sun went down?

But Wright and his team wanted to know how strong the effect would be in other seasons. We’re exposed to less light during the winter months, and non-human animals actually have longer biological nights in the winter. It’s obvious that staying cooped up in urban environments would throw us off in the summer, but would the dark days of the winter really be so different if we lived electricity-free in the woods? So the lab sent five intrepid volunteers out into the cold for a week of camping—after monitoring their sleep habits and light exposure under normal conditions for the week previous, of course.

“The only light they were exposed to was the sun, moon, stars, and campfire,” Wright said. “But there were no restrictions on their activities. During the control week they went in and out of the house, went to work, went to school, stayed up and went to bed whenever they wanted. And during their camping week, they could hike, collect firewood, whatever they wanted.”

When Wright and his colleagues compared the biological clocks of the subjects before and after the trip—which they determined by taking 24-hours worth of blood samples and measuring levels of melatonin—they found that folks were hitting the internal snooze button around 2.5 hours earlier. They also found that the subjects were exposed to a staggering 13 times as much light when they went camping, even though they’d frequently gone outside during their control weeks at home. Natural light may seem scant and puny during the winter, but modern living still robs us of plenty of exposure.

“You hear a lot of people talk about light at night being bad, but we think that a lack of light during the day might be just as harmful to a natural sleep pattern,” Wright said.

Spending a week under the winter sun might not sound like a fair exchange for a slightly more natural sleep schedule. But there’s hope: In a second portion of the new study, Wright and his team sent campers out for just one weekend in the summer. They also kept some subjects home to test the effects of a normal weekend on one’s sleep schedule. While the homebodies stayed up (and woke up) later than they did during the week, which pushed their clocks forward and likely made them feel crummy on Monday, the campers achieved 69 percent of the sleep adjustment that Wright had observed during the week-long summer experiment.

“We really can respond very rapidly to these changes,” Wright said.

Of course, that speed goes both ways: The benefits of a few days away from electronics will likely start to wear off almost as soon as you get home (though Wright and his colleagues didn’t track how quickly their subjects fell back into bad habits). But if you combine the jumpstart of an outdoorsy vacation with a few deliberate lifestyle changes—spending more time outside during the day, banning screens and bright lights after a certain hour, maintaining a sleep schedule as close to the natural day/night cycle as possible—you might just be able to stick with it.

Wright hopes that the new results will inspire other, larger studies to confirm the findings, as well as research into what lifestyle changes might best support a healthy sleep schedule. Answering these questions won’t just help our health: By some estimates, sleep deprivation costs the American economy around $411 billion a year.

“It’s a very hot topic,” Wright said. “We need to figure out how to sustain that benefit once we get it. We need to determine just how much light we have to bring into our modern lives.”