What is a hangover? And can you cure it?

We get into all the nauseating details. 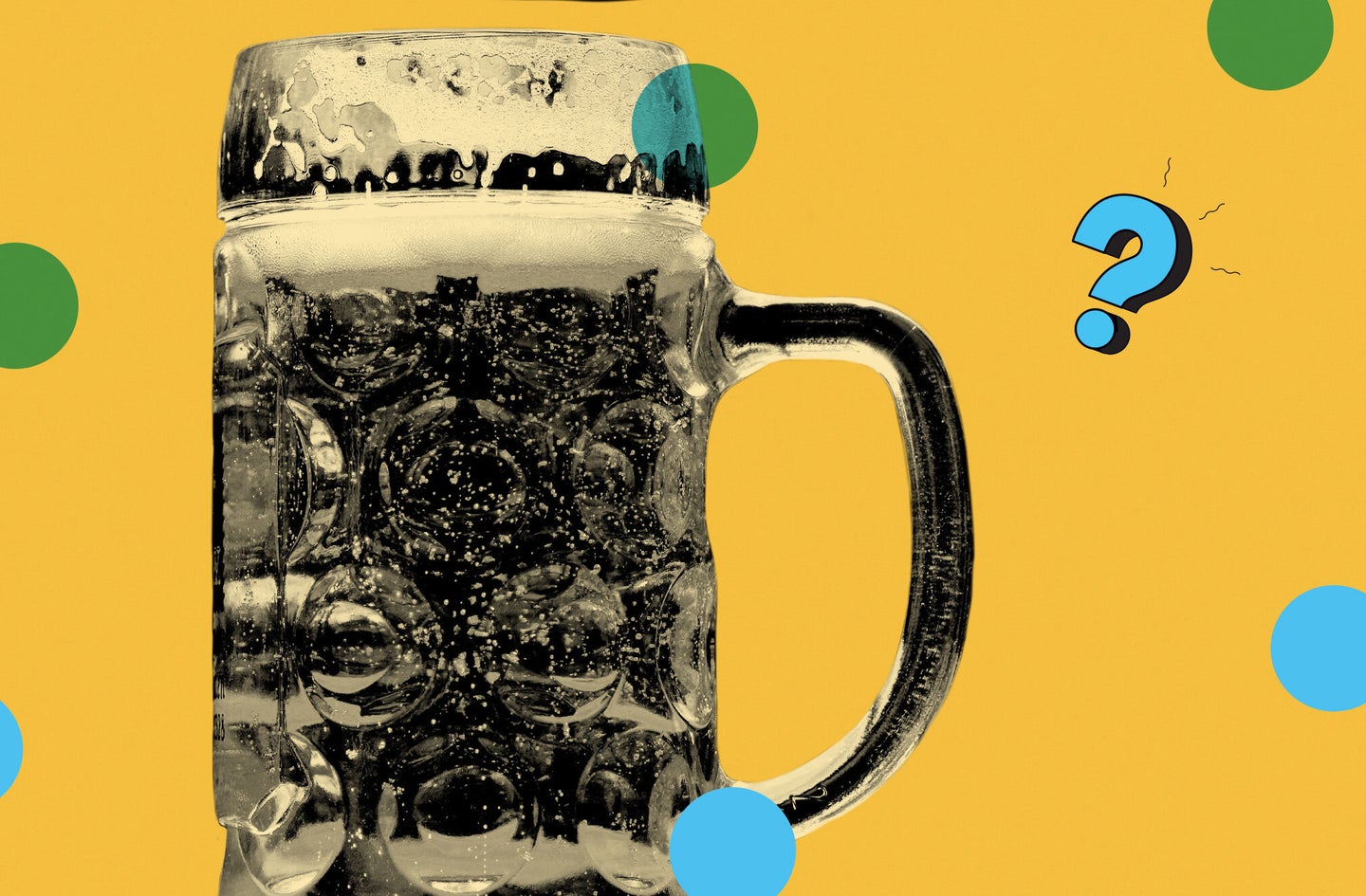 Hangovers are a multifactorial equation that may be a little hard to understand, but the solution is always the same: misery. Katie Belloff/Popular Science
SHARE

Even though some end-of-summer festivities might be limited this year, that doesn’t mean celebrations (and drinks) are, too. Within our households or over video calls, lots of us are planning to raise our glasses and forget about how terrible 2021 has been to the world.

It’d be nice if we could do all that without a horrible, head-wracking hangover, though.

Before you start scheduling some recovery time on your calendar, know you can try to avoid them, and but if things get rough, you might be able to make that bottle-ache a bit milder. But that’s the best-case scenario, because we’re sorry to tell you one cold, hard fact: there is no cure for hangovers. Like, none. Zero.

What do you mean there’s no cure for hangovers?

Exactly that, actually. For starters, science still doesn’t quite know what causes a hangover. Literature on the subject has identified three possible culprits: the direct effect of alcohol on the brain and other organs, the effects of alcohol withdrawal from these organs; and other non-alcoholic factors, such as the physiological effects of compounds created when the body processes alcohol, like methanol.

It’s also challenging to define what a hangover is. The definition researchers generally agree upon is that it’s a condition characterized by a feeling of misery that can last up to 24 hours after the amount of alcohol in your blood drops to zero. As anyone who’s ever experienced a hangover will tell you, symptoms can vary both in nature and intensity, going from headache, nausea, and fatigue, to muscle aches, vomiting, lack of concentration, and anxiety.

The symptoms you experience after a night of drinking will depend on multiple factors, like how much you drank, for how long, what it was, if you ate, what kind of food you devoured, if you danced, or smoked, and more. And that’s not even taking into account genetic predisposition to hangovers or family history regarding alcohol addiction.

Considering these effects vary widely from person to person—and even from one event to another—it is very hard to study them, which makes hangovers a tough nut to crack. And then there’s the morality of curing them.

“A possible explanation for the lack of scientific interest is that many physicians and researchers regard the alcohol hangover as an adequate punishment for unwanted behavior,” Utrecht University researchers Joris C. Verster and Renske Penning wrote in their 2010 paper Treatment and Prevention of Alcohol Hangover.

According to them, it is possible that part of the scientific community may not want to find a cure for hangovers because doing so would make binge drinking that much easier.

Ok, so how do I deal with a hangover?

Since we don’t know what causes hangovers, there’s no drug or homemade remedy that will get rid of one entirely. In fact, the only scientifically proven method to avoid a hangover is moderate alcohol consumption or good old abstinence.

But since it is likely you will eventually have to deal with at least one hangover in your life, it’s a good idea to know there are things you can do to make the day after a party a little less miserable.

Dehydration is one of the main symptoms of hangovers. Alcohol inhibits the production of antidiuretic hormone, preventing the kidneys from reabsorbing water and resulting in the overproduction of urine. Add that to sweating, vomiting, and diarrhea (all possible hangover symptoms), and you end up with a sure case of dehydration.

Drinking one glass of water for every alcoholic beverage you consume is a great way to prevent a bad hangover. If that ship has already sailed and you’re experiencing hangover-induced dehydration, you can always opt for a sports drink or make your own oral rehydration salts. All you need to do is mix two tablespoons of sugar and a 3/4 teaspoon of salt in four cups of water. Doing so will not only help you get that precious water back into your body, but will also restore your electrolytes.

If you’ve ever experienced a red wine-induced hangover, you know they’re some of the worst you can get, and congeners are to blame. These are the biologically active compounds that give alcoholic beverages their distinct taste, smell, and color. Research shows a higher concentration of congeners may have something to do with more severe hangovers, whereas drinking distilled spirits containing purer ethanol, such as vodka or gin, will result in milder or fewer hangover effects.

When it comes to avoiding hangovers, the lighter the color, the better—stay away from rum, whiskey, tequila, and red wine, which are among the alcoholic drinks with higher amounts of congeners.

Fatigue and muscle aches are two of the most common hangover symptoms, and you don’t have to be a doctor to know the best way to treat them: rest. But alcohol consumption disrupts sleep patterns, resulting in both less and worse sleep. Drinking also alters your circadian rhythm, which raises cortisol levels and causes a feeling similar to jet lag.

It might be difficult, but a good way to combat a hangover is just to sleep. Give yourself the time to get some rest and bounce back. And if you made the horrible decision of making plans for early the next day, God help you.

Be careful when taking Aspirin or paracetamol

When you’re suffering from a hangover that features an intense headache, your first instinct may be to take Aspirin or paracetamol. Studies have shown alcohol can cause an inflammatory response in the body, so anti-inflammatory drugs such as these could have a positive effect.

The problem is there’s no peer-reviewed evidence supporting Aspirin’s ability to fight a hangover, and research has found the use of the drug in combination with alcohol can result in stomach bleeding and liver damage. Before you think about taking any pills to fight off the consequences of a long night of partying, consult with your doctor—they may be able to recommend a better course of action considering your particular situation.