A win for the seas 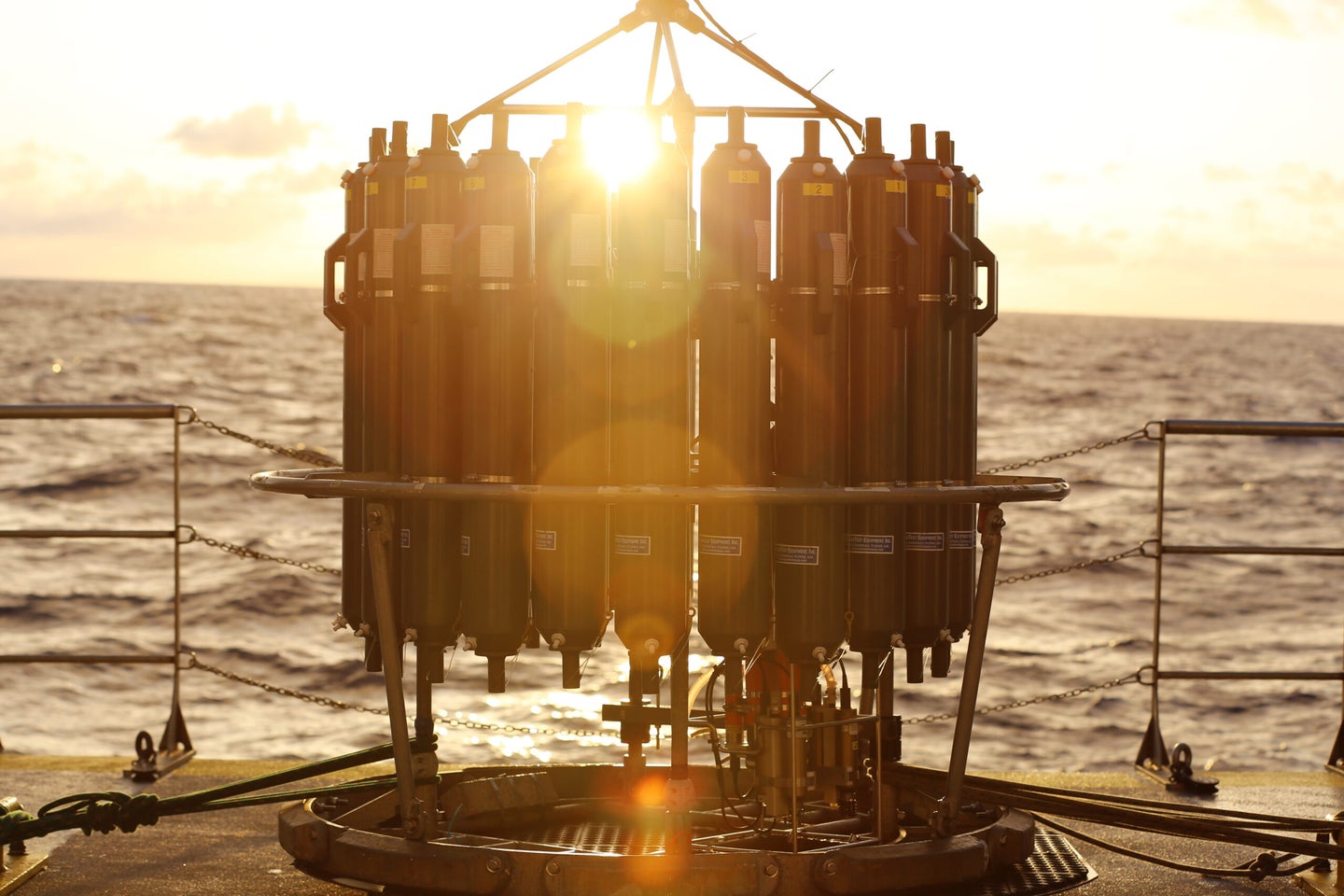 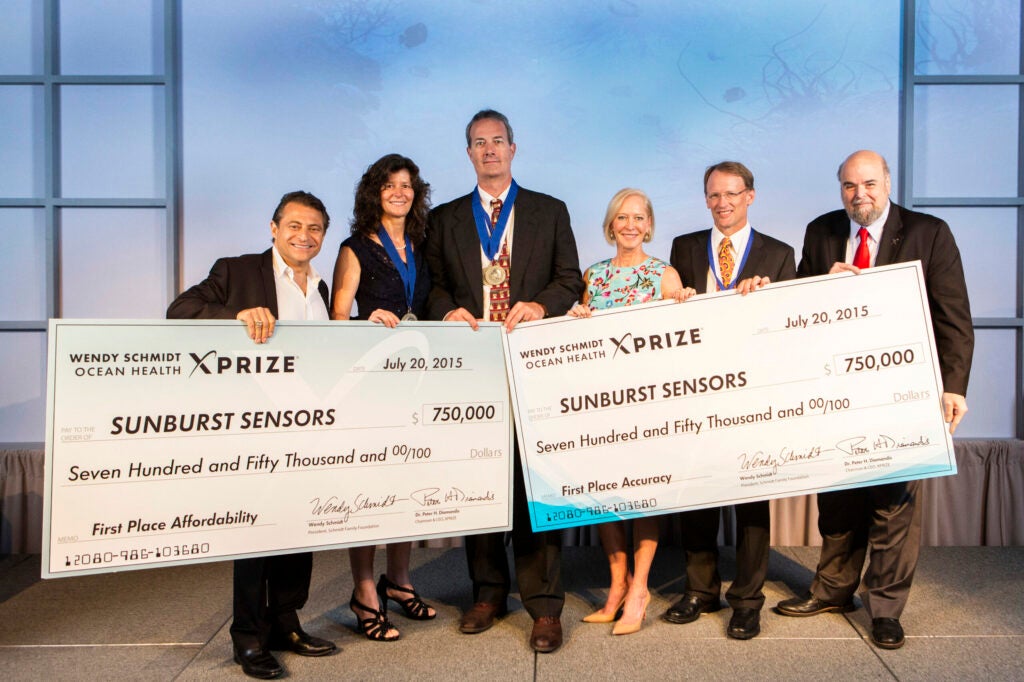 Just to be sure.

Ocean science nerds cleaned up nicely for the announcement of the winners of the second Wendy Schmidt Ocean XPrize on Monday night, their fancy attire a far cry from the salt-encrusted clothing they wore as they stepped off the R/V Kilo Moana after the final round of trials. In an XPrize first, one team took first place in both purses, pulling in a total of $1.5 million.

“We knew in the design of the competition that it was possible to win both,” explains Senior Director of the Wendy Schmidt Ocean XPrize Paul Bunje, “but didn’t really expect it, frankly.”

ANB Sensors, the ‘underdog’ team from Cambridge, England, came in second in the affordability category, while the well-tested Team DuraFET was awarded second place in the accuracy category, each taking home $250,000.

But first prizes in both, and two $750,000 purses, went to Sunburst Sensors, led by CEO James Beck.

The Missoula, Montana-based team has been making oceanographic sensing equipment for a decade, though only recently set their sights on measuring pH. The ten-person company was able to modify their current sensor model—the SAMI (Submersible Autonomous Moored Instrument), originally designed as a CO2 sensor—to the demanding task of measuring pH. They entered two prototypes into the competition: a cheaper version of their main model, called the i-SAMI (“i for inexpensive”) which won the affordability prize, and the t-SAMI (“t for titanium”) which won the accuracy prize.

“It’s a testament to what Sunburst did to really push well beyond the technology they’d worked on in the past to create two really different products that could do very different things, and do it with this level of performance,” Bunje says.

Bunje wasn’t the only one who didn’t anticipate the land-locked company’s dual awards. “It was quite surprising,” says Beck, with what Bunje described as “charming humility.”

Beck, a fourth-generation Montanan, was anxious before the deep-sea trials took the t-SAMI down 3,000 meters into the ocean. “The pump could lock up—the pressure’s changing really fast. We just don’t have any way of simulating that,” he told me back in July before the week-long research cruise. But after the first deep trial, Beck put his ear to the device and breathed a sigh of relief when he heard it ticking. “I could hear the pump, so I knew it was still running.”

Bunje, too, is “over the moon optimistic” about the possibilities generated by this XPrize. “The teams start to identify their own new uses and their own new applications for things,” he said. “We saw that even with teams that didn’t make it to the finals,” pointing out the potential citizen science applications of technologies like the Smart Phin. “I’m really excited to see how this prize advances not only the science of ocean acidification, but also our ability to broadly measure things in the oceans because of the new players that are engaging and the new innovations they brought to the table.”

The pair intends to use at least some of the hard-earned winnings to get the i-SAMI to market. “What we entered was a pretty crude prototype, just putting together some of the ideas that we had on how to do a shallow, inexpensive version,” Beck says. “But to actually turn it into a product somebody would want to buy, there’s a bit of work to be done.”

He stressed that the real winners are those who are passionate about the ocean and methods of measuring its chemistry. “This is just a point in time when we happened to come out on top, but I think there are a lot of things being done that are pretty exciting,” he says. “I think there are a lot of really interesting approaches being taken, and I’m excited to see what comes out of this down the road.”

While this XPrize may be over, Bunje believes the real innovation is just beginning. “Stay tuned,” he says. “I think this prize will mark a real watershed moment in how we measure things about the oceans, and hopefully, it will transform our relationship to the seas.”

The competition to build a universal pH sensor was only the second of at least five Ocean XPrizes that are slated to be awarded. The next will likely be announced by the end of this year.