Why Packaging And Fallout Shelters Should Take Design Cues From Seashells

Nature is the best architect 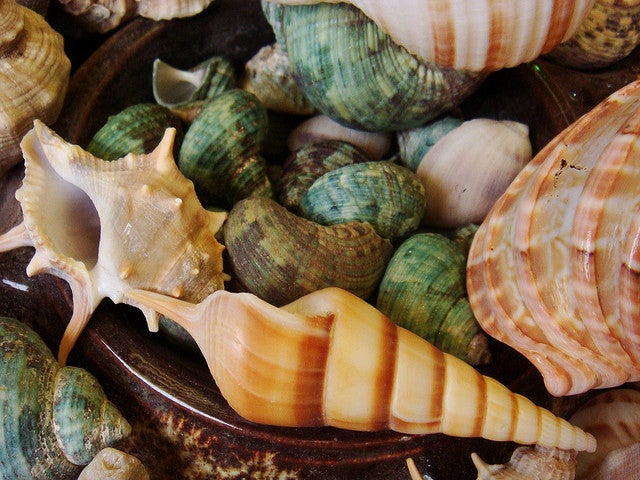 Seashells aren’t just pretty objects for kids to collect on the beach. According to a new study, their structure could inspire protective gear and packaging. Dr. Chandra Tiwary and his colleagues at the Indian Institute of Science analyzed the structure of seashells to better understand how they protect the soft bodies inside.

“The beautiful shape of natural shells always attract our attention, but it raised a question in my mind about why nature chooses such a beautiful but complicated shape,” Tiwary said.

The researchers examined two different shell shapes: the wide fan shell and the spiral screw shell. They subjected both natural shells and 3D-printed versions of the shells to compression tests to see how well they could withstand pressure and to see where they cracked. The results showed that seashells have evolved to distribute pressure toward outer regions of the shell, in order to protecting the precious core. Grooves–and in the case of the spiral shell, a diminishing diameter–help distribute stress.

The natural shell, the computer-generated version, and the 3D-printed model

The 3D models demonstrated how people can recreate these shell shapes for their own purposes. Understanding how these shapes distribute pressure and copying these exoskeletons can lead to improvements in designing enhanced mechanical structures, such as “seashell-shaped boxes that protect fragile items in the packaging industry or shelters capable of protecting inhabitants during a natural disaster,” according to the study.

This study took an in-depth, mathematical approach to studying seashell structure, but Tiwary and his team aren’t the first to notice that nature has the right idea. Last year, researchers at MIT discovered a transparent mollusk shell that could be used in armor.

“Nature is the most beautiful engineer,” Tiwary said, “and it always has a reason for choosing any shape.”