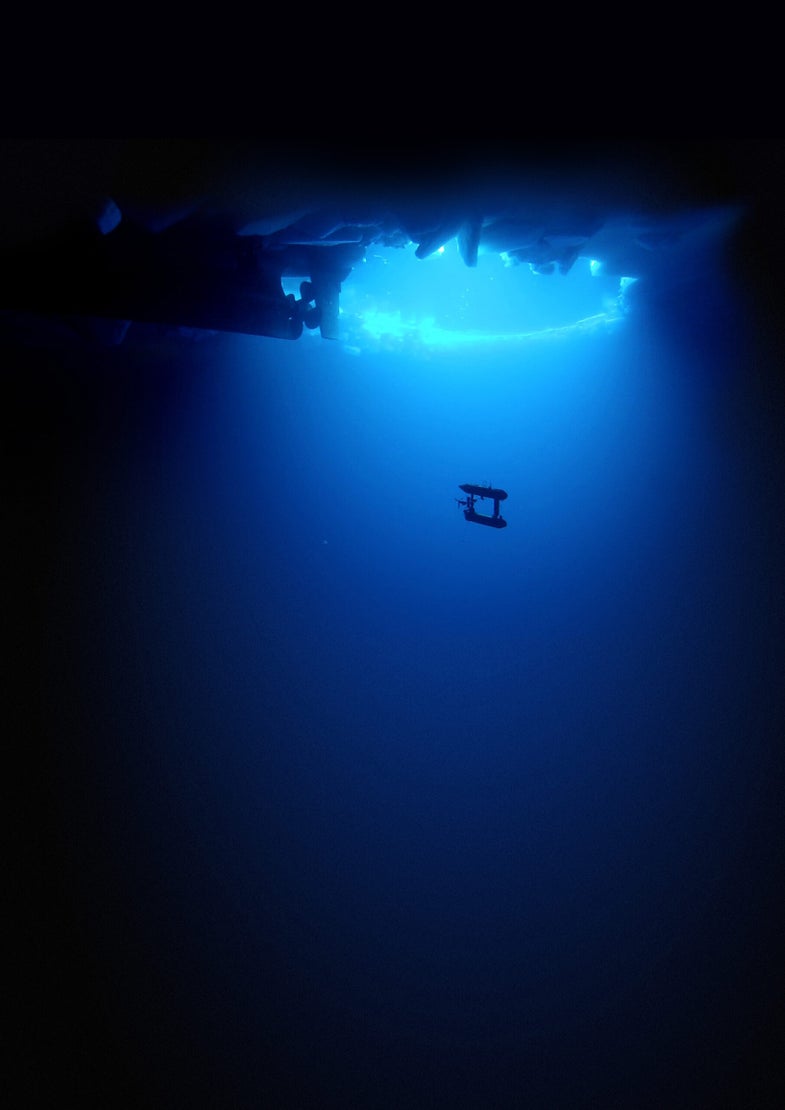 Robots are getting better all the time. They can mix drinks, explore other planets and even adapt to new situations. And they’re not done yet. In a new paper published this week in Nature Geoscience, researchers describe using an autonomous underwater vehicle called SeaBED to map the underside of sea ice in Antarctica.

“The full 3-D topography of the underside of the ice provides a richness of new information about the structure of sea ice and the processes that created it. This is key to advancing our models particularly in showing the differences between Arctic and Antarctic sea ice,” co-author Guy Williams said in a statement.

Williams and his collaborators mapped 10 ice floes over the course of two spring seasons in Antarctica. They found that the ice was thicker and more deformed than previous research (mostly drilling projects and ship-based measurements) would have suggested. This new research finds that the average width of the sea ice was between 4.6 and 18 feet, while other estimates had pegged it at just three to six feet thick.

Previous research in Antarctica found that in some areas, glaciers were melting rapidly from below when the ice came in contact with warmer seawater (in the case of Pine Island Glacier, the sea water was warmed by volcanic eruptions on the sea floor). 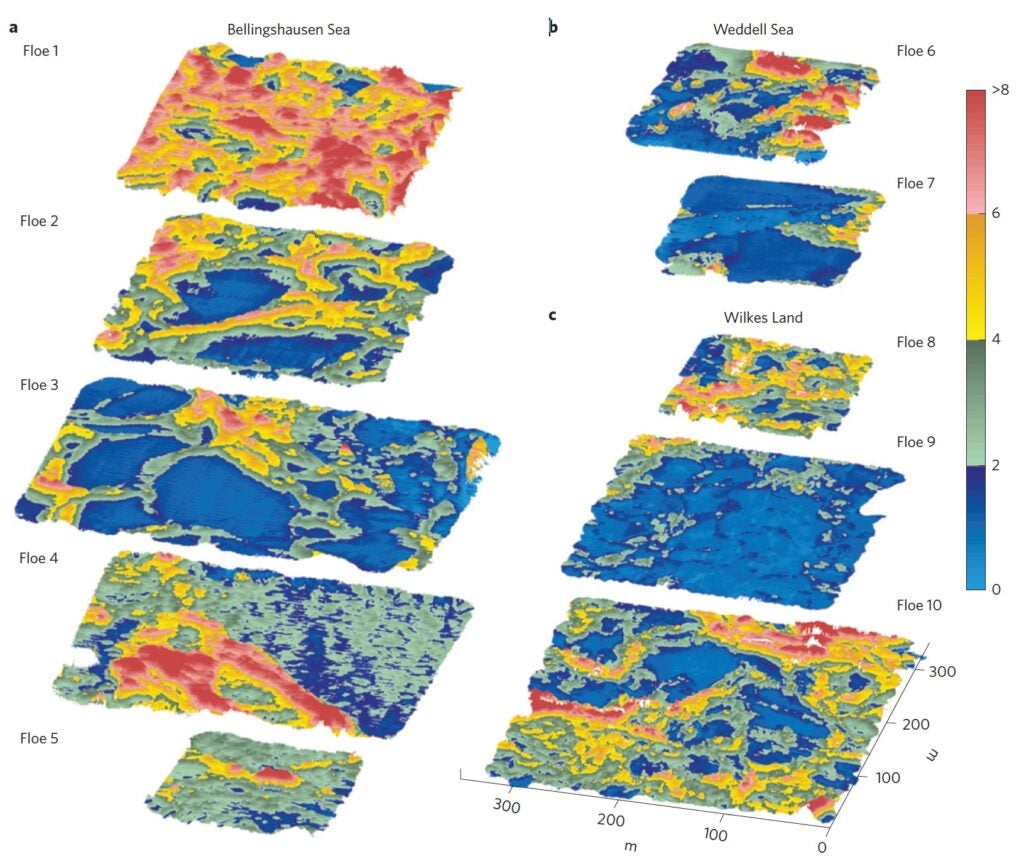 The SeaBED instrument operated at 65 to 98 feet under the ocean’s surface, and mapped the underside of the ice using sonar that pointed up. SeaBED is six feet long and weighs about 440 pounds–which is relatively compact for an underwater robot.

“SeaBED’s maneuverability and stability made it ideal for this application where we were doing detailed floe-scale mapping and deploying, as well as recovering in close-packed ice conditions. It would have been tough to do many of the missions we did, especially under the conditions we encountered, with some of the larger vehicles,” Woods Hole Oceanographic Institution researcher Hanumant Singh said in a press release. 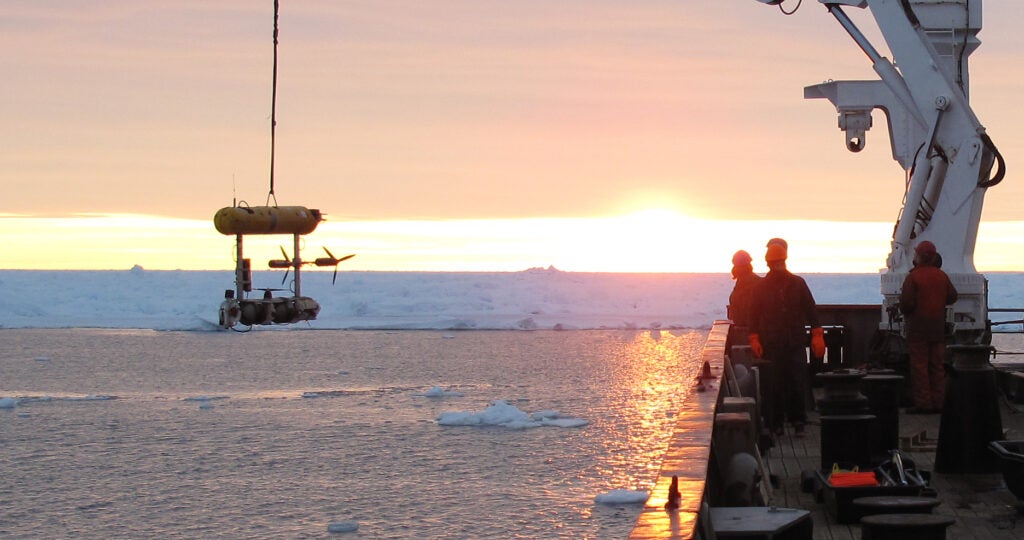 SeaBED deployment under the midnight sun

To see SeaBED in action, check out the video below.