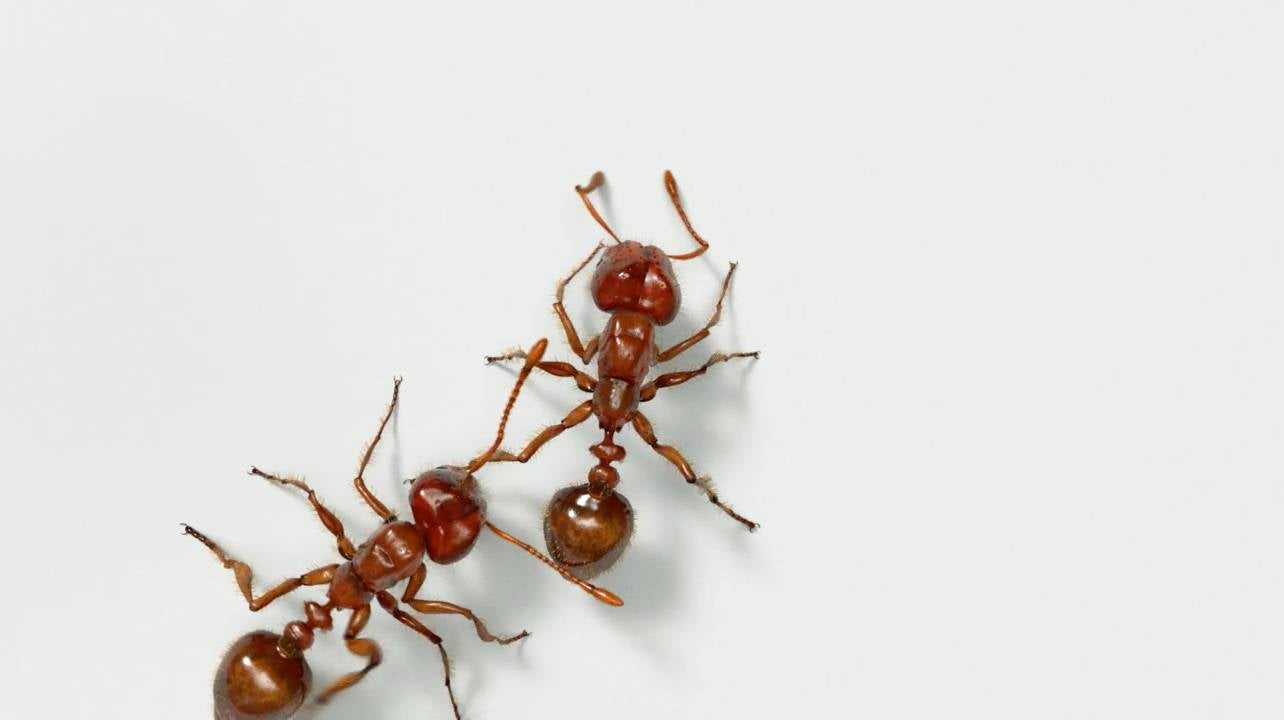 Though less than a quarter-inch long, fire ants terrify even the largest humans. Here's how their stingers smite us. [Read more.]. Eric Keller
SHARE

Though less than a quarter-inch long, fire ants terrify even the largest humans. A brief encounter with a colony can leave a person’s body riddled with hundreds of angry, red stings. But freelance digital artist Eric Keller finds them fascinating. He proclaims his enthusiasm in the first episode of his video series, Entomology Animated. Viewers see the natural history of Solenopis invicta, the physiology behind their spiteful stingers, and the biochemistry of the venom. Keller created the video as a labor of love, even down to the background music, which he composed himself. The famed entomologist E.O. Wilson was so impressed, he entreated Keller to make more biology animations. Keller says he’s working on it.

“Entomology Animated Episode 1: RIFA Madness” was an Honorable Mention Video in the 2016 Vizzies. See all 10 of the winners.