Remote control and good to go 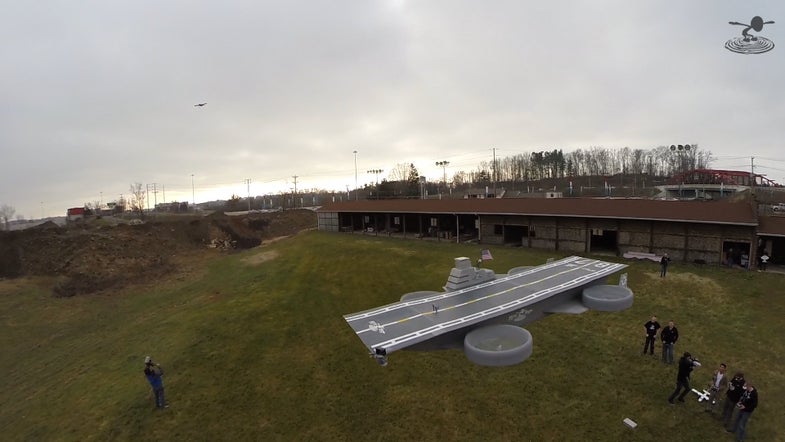 In November, the flight of a drone from another drone was an ephemeral thing. Recorded on video the entire event lasted less than half the duration of the Wright Brother’s famous first. Now, remote control aircraft enthusiast group FliteTest have taken their prototype, covered it in miniature model F-35s, and turned it into a ten minute epic tribute to both The Avengers and the model aircraft hobby.

Featuring LEGO characters, googly-eye dinosaurs, a miniature monoplane in the Red Baron’s colors, the real star of the show is a quadcopter built with a runway on the top that is an airborne aircraft carrier. The Avengers comics and film are an obvious inspiration, with their gigantic airborne military command centers, but there is also interest from DARPA for a flying aircraft carrier, if on a smaller scale than Hollywood allows.

In FliteTest’s video, the advantage of drones carrying drones is obvious. On the first attempted landing, the red monoplane clips into the mesh protecting one of the carrier’s rotors, before tumbling to the ground. Funny in miniature, terrifying at human scale. A second landing launch and landing is successful, and later the hobbyists try out the carrier at an indoor arena, where others attempt to land their remote control aircraft on the grey behemoth. It looks like an absolute blast.