The Best Drone For Aspiring Filmmakers 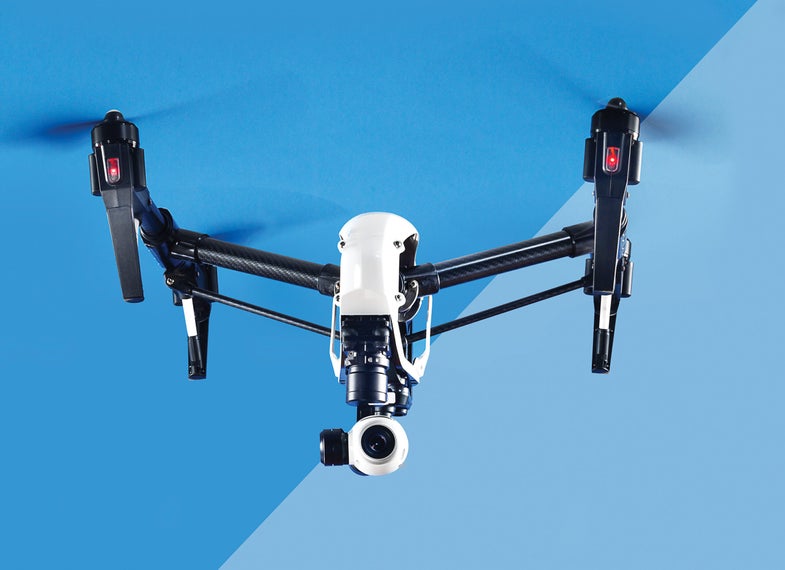 The use of recreational drones has exploded in the past few years—and so has the use of drones in Hollywood (cue the chase scenes in Skyfall). But amateur filmmakers still face a hurdle: Many consumer-grade drones don’t come with a camera, and if they do, the equipment isn’t very good. If you’re just filming around the neighborhood, chances are you don’t need the same setup as the one used to make a James Bond movie—but with the new DJI Inspire 1, you can get awfully close.

The Inspire 1 is the first consumer-grade drone that comes ready to shoot 4K video. Largely derived from the Phantom 2, its best of class predecessor, the Inspire 1 adds performance to nearly every component of the drone and camera mount. “A lot of people are shooting on the Phantom 2 because of the convenience, but they want higher end controls,” says Eric Cheng, director of aerial imaging at DJI. “The Inspire 1 applies those features right out of the box.”

“People want convenience and high-end controls. The Inspire 1 has both right out of the box.”

In order to eclipse the standards set by the Phantom 2, DJI reimagined the drone-building approach from the ground up. The company replaced the Phantom 2’s plastic arms with carbon fiber ones that rise above the vehicle’s body once it’s airborne, giving the gimbal-mounted 4K camera an unobstructed view in all directions. Two ultrasonic sensors and a downward-facing camera allow the vehicle to hold its position without GPS—necessary for anyone interested in filming indoors.

DJI also reworked its software so that two people can pilot, one to fly and one to film. “Dual-operator control is something that is typical in $7,000-$10,000 systems, but it’s not something that has been seen at this price,” Cheng says. The Inspire 1’s gimbal and camera were designed to be modular, too, which means they can both detach. “Given the pace of DJI releases,” Cheng says, “you can sort of imagine that this will likely not be the only camera that we offer.”